I’d Know That Cause Anywhere!

13 September 2018 at 7:30 am
Dr Steve Francis
Building an instantly recognisable visual element into your peer-to-peer campaign is a great way to grow your brand and get ahead of the crowd, says FrontStream’s managing director, Dr Steve Francis.

Building an instantly recognisable visual element into your peer-to-peer campaign is a great way to grow your brand and get ahead of the crowd, says FrontStream’s managing director, Dr Steve Francis.

I’m often asked what makes a successful peer-to-peer campaign. While it might be tempting to focus solely on the amount of money raised (it is a fundraising campaign after all), in my experience the best campaigns – particularly in terms of sustained success – are those that create a strong visual identity while raising money.

Imagine if every product in stores was forced to adopt the plain packaging of the tobacco industry – what would that do to some of the most recognisable brands? Having a strong brand that sets you apart from the competition is vitally important in the crowded modern market. This year alone businesses are expected to spend over US$557 billion (A$783 billion) on advertising.

Given it’s such a generous and philanthropic space, it can be easy to forget that the charity sector is also a highly competitive marketplace. Limited donors, dollars and participants mean charities can’t afford to have a “plain packaging” fundraising campaign – they need to stand out from the crowd and grab people’s attention. So, while big budgets and advertising campaigns are one way to do that, having a strong visual component tied to a peer-to-peer campaign can be equally effective, with the added benefit of also being economical and organic.

Think of some of the most successful peer-to-peer campaigns of late, and you’ll see examples of an instantly recognisable brand. The bald or coloured heads of the World’s Greatest Shave participants, the colourful painted nails of ygap’s Polished Man campaign and the soaking wet and shivering Ice Bucket Challengers, all have a clear identity that is immediately linked with a cause. When participants sign up and get involved in a campaign, they will often share pictures of their experience on social media, circulating it to their wider network of friends and contacts.

Even in the age of short attention spans and rapidly scrolling through social media feeds, having a recognisable image helps raise awareness of a cause and build brand identity; essentially turning participants into living endorsements. Also, better yet, as the message is coming from a trusted, personal source – as opposed to an advertisement – it carries more weight and is likely to have a more effective impact.

A peer-to-peer campaign’s visual element also presents a fantastic opportunity to highlight an issue or tell your cause’s narrative in a unique and impactful way. When people see a friend with a freshly shaved head or a single painted nail, they may wonder what it’s all about and either ask about it or look it up online, making them an active learner. This is a powerful way to retain information and form a connection. If the visual element in question is tied to the campaign’s goals, it can develop this connection even further. Take the Polished Man’s single fingernail: the link to violence against children isn’t immediately apparent, but when it’s revealed the founder had his nail painted by a young girl who was a victim of abuse, the image becomes a poignant one and helps drive home the reason behind the campaign.

So how can a charity build a visual element into their peer-to-peer campaign in a way that raises both awareness and engagement? Firstly, think about something participants can do that is instantly recognisable and will resonate with people. It shouldn’t be so difficult or such a daunting commitment that it puts off potential supporters, but equally it needs to be enough of a challenge or sacrifice that it encourages people to donate. At the same time, consider your cause, its aims and the story behind the work you do. If you can tie the visuals back to these in a way that emphasises your narrative and promotes social media “shareability”, your campaign’s brand will be well on its way.

At the end of the day, awareness is only part of the equation, and a fundraising campaign needs to raise money if it’s to have a real impact. However, charities and causes are required to stand out and vie for attention in what is an increasingly competitive space. Building a peer-to-peer campaign around an engaging visual element is not only a great, cost-effective way to create a brand, but it can also help drive donations through current and future campaigns and ensure you’re not a plain package fundraiser.

About the author: Dr Steve Francis is managing director at FrontStream Asia Pacific. With a PhD in Anthropology and more than 20 years experience in the not-for-profit sector at FrontStream, Australian Red Cross, and the Centre for Multicultural Youth, Steve and the team are focused on bespoke fundraising and engagement solutions for not for profits across Australia and New Zealand. 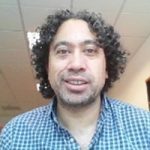