Giving in Australia: Why and How Australians Support Not For Profits

Print
Giving in Australia: Why and How Australians Support Not For Profits
13 February 2019 at 5:35 pm

The not-for-profit sector and charities, social enterprises and community organisations provide much of Australia’s social infrastructure.

The value of this sector is demonstrated by the five in six Australians who give to not for profits, and the $143 billion given in the last year, most of it by the community rather than government.

The esteem in which the sector is held is demonstrated by the size of the charity workforce, which employs one in every 10 Australian workers.

The 2019 Australian Communities Trends Report and accompanying infographic is produced by McCrindle to equip leaders in the sector to respond with relevance to the changing environment and the emerging trends. This 2019 study builds on past research and offers insights to help Australia’s not-for-profit leaders continue to be a positive force for change.

The rise of the “need responder” and supporting local

Australian givers are increasingly “need responders” with two in five (40 per cent) most likely to give when they hear about a need or issue on a once off, rather than on an ongoing basis.

They are also more likely to want to support charities which directly assist in responding to an issue, rather than those which raise awareness of an issue (38 per cent compared to 29 per cent).

Australian givers prefer to take care of their own backyard first, with 61 per cent preferring to support charities with a local/national focus.

Australians give more than just their money

In addition to giving financially, in the past 12 months, two thirds of Australian givers (66 per cent) have also donated goods, while one in three (32 per cent) have volunteered.

Advocacy and raising awareness is also on the rise with one in five Australian givers supporting not for profits in this way (21 per cent in 2019 compared to 15 per cent in 2017).

Knowing and trusting an organisation is key to unlocking support

The last few years have seen royal commissions and other inquiries refocus and recalibrate Australians’ trust.

For two thirds of givers (66 per cent), knowing and trusting the organisation is an extremely or very significant motivator for getting involved. There is also a need for personal values to align with the organisation receiving the donation (58 per cent).

Organisations who can gain and keep trust, through transparency and values-based offerings, will thrive in the trust-as-premium environment.

The transparent reporting of administration costs is the most important characteristic of a charity according to almost seven in 10 givers (69 per cent extremely/very important). Australians want to support an organisation with a proven track record (68 per cent), that provides a detailed breakdown of where donations are allocated (67 per cent) and the impact they are having (62 per cent).

While overall, Australians prefer to give to traditional charities rather than social enterprises (54 per cent compared to 15 per cent), Australia’s younger generations (Gen Z and Gen Y) see the value of both types of organisations.

More than a third of Gen Z (35 per cent) and Gen Y (34 per cent) don’t see a difference between social enterprises and traditional charities, agreeing that both are passionate about supporting causes, and so would support either.

Looking to the future

From 2019, there will be more Australians born since 1980 than before 1980. While the emerging generations are purpose-driven and socially conscious, they are also less likely to commit long-term to a specific charity or not-for-profit organisation.

Close to eight in 10 (79 per cent) Australians agree that charities will struggle in the future as younger Australians are less actively involved than previous generations.

Engaging this post-loyal generation will be key, as from 2019 Generations Y and Z will comprise the majority of the workforce and earners – outnumbering Generations X and the baby boomers for the first time.

It will also be presented in Melbourne on February 15. Tickets are available here.

About the author: Ashley Fell is a social researcher, TEDx speaker and head of communications at the internationally recognised McCrindle. As a trends analyst and media commentator she understands how to effectively communicate across diverse audiences. 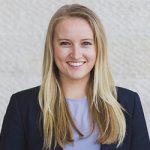 Ashley Fell is a social researcher, TEDx speaker and head of communications at McCrindle.