6 February 2019 at 8:10 am
Andrea DeAlmeida
Profit at any cost and profit-over-purpose no longer align with community expectations about the role of business in Australian society, writes Andrea De Almeida, executive director of B Lab Australia and New Zealand, as she offers up her predictions of B Corp trends in 2019.

Profit at any cost and profit-over-purpose no longer align with community expectations about the role of business in Australian society, writes Andrea De Almeida, executive director of B Lab Australia and New Zealand, as she offers up her predictions of B Corp trends in 2019.

It’s only the start of February and already 2019 looks set to be a year of reckoning for Australia’s business community, especially big business.

Commissioner Hayne’s emphasis on “greed” being the common theme behind misconduct in Australia’s banking sector, is a clarion call to reinvent capitalism. Profit at any cost and profit-over-purpose no longer aligns with community expectations about the role of business in Australian society.

It’s not surprising then, that increased transparency, social and environmental accountability, and balancing purpose and profit are the key trends we predict for Australia’s business community in 2019.

A new era of corporate activism

Eighty per cent of global consumers now agree that business must play a role in addressing societal issues, take strong stands and use their platforms for social and environmental good, according to the findings of the Edelman Trust Barometer report in 2018.

As a gold star corporate activist, Patagonia announced its additional $10 million in profits (from Trump’s “irresponsible” corporate tax rate cut from 35 per cent to 21 per cent) would be donated to grassroots groups fighting climate change, including organisations that work in regenerative organic agriculture to help reverse global warming.

Closer to home, the Edelman Trust Barometer reported more than 600 corporations backed the “yes” side in the Australian marriage equality vote last year.

We predict that more businesses will see the value in speaking up and rebuilding trust through vocal support for causes that impact people and the planet.

We are also predicting that Australia will become a world leader in advancing impact alongside business, through the introduction of Benefit Company legislation.

We are advocating for law reform through the “Opt in For Purpose” campaign. The Benefit Company legislation is a new optional corporate structure offering a legal framework to build and invest in businesses that meet high standards of transparency, accountability and purpose.

The proposed amendments will provide the option to intentionally and formally expand a company’s purpose, allowing a general public benefit to be considered – enshrining the triple bottom-line of “profit, people and planet”.

By reporting on social and environmental performance as well as the traditional financial indicators, companies will give shareholders new information to better monitor not only their profitability but also their culture and ethical stance: as evidenced in their mission and actions.

Similar reforms have already been introduced, across the majority of US States, in Italy and Colombia, and are in exploration in the UK, Canada, Taiwan, and Argentina.

Globally more than 8,000 businesses – so far predominantly disruptive private companies in the US such as Allbirds in footwear, Lemonade in insurance, and Beta Bionics in medical devices – have already voluntarily adopted this legal governance. Collectively, they have raised more than $2 billion in venture capital, private equity, and a first initial public offering by Laureate Education. Fortune 500 companies such as Unilever and Danone are also using this governance or similar structures for their purpose-driven subsidiaries.

The market for socially responsible investments is expected to reach $32 billion in Australia and we think our capital markets will begin to reflect the upward global trend of increased investment in purposeful, transparent and impactful companies.

There’s an ever-growing group of businesses that are actively trying to pursue impact goals alongside financial goals – not only because they think it’s the right thing to do, but also because there’s a strong commercial rationale.

B Corps are just some of these that are reinventing capitalism and proving that it’s possible to be transparent, responsible, investible and profitable all at once.

From a global perspective, BlackRock, the largest investor in the world ($6 trillion-plus in assets), just released its 2019 letter to CEOs titled “Purpose & Profit”. It challenges them to lead with purpose and follows on from telling both publicly traded and private companies that they might lose their license to operate, and BlackRock’s support, if they can’t demonstrate that they’re creating positive social value. These are powerful words from the largest institutional investor on the planet.

Australian business and the growing contribution to the SDGs

B Lab and the UN Global Compact (UNGC) have partnered to integrate the Sustainable Development Goals (SDGs) into the B Impact Assessment (BIA) platform.

This year we will be working hard to help business step up to compete to be best for Australia, not just the best in Australia.

About the author: Andrea De Almeida leads B Lab towards its vision of Australian and New Zealand businesses being part of a new economy, that all people participate in and benefit from, and that regenerates the environment. Andrea was previously director of Venture Philanthropy at Social Ventures Australia (SVA) where she worked with corporate Australia to test innovative solutions to tackle long-term unemployment. Andrea holds a First Class Honors degree in Public Policy and Management and a Bachelor of Arts from the University of Melbourne. She is also a Vincent Fairfax Fellow and Centre For Ethical Leadership Alumni.

Predictions for 2019: Co-ops and Mutuals 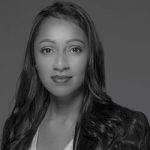 Andrea De Almeida is the executive director of B Lab Australia and New Zealand.