A letter to our would-be prime ministers

10 April 2019 at 5:48 pm
Chris Middendorp
Whoever wins the next election, the time has come to take action against the dire shortage of affordable housing in this nation, writes Chris Middendorp, manager Sacred Heart Central.

Photo by Tom Rumble on Unsplash.

Whoever wins the next election, the time has come to take action against the dire shortage of affordable housing in this nation, writes Chris Middendorp, manager Sacred Heart Central.

There is one big and brave policy commitment you can make now which will hugely elevate your campaign as you face off against each other this election.

If you do this one thing, I believe you will be recognised for generations to come as a transformative leader who has left his country with a magnificent legacy. How many recent prime ministers will be remembered this way?

I’m asking you to make a commitment to significant public housing investment: specifically, that you to make a pledge to instigate a federal initiative that will build 36,000 dwellings a year for the next 20 years.

We know there’s a current housing shortfall of approximately 500,000 affordable social housing units in Australia and the problem is spiralling. Social housing is public, government-owned stock and community-owned or managed housing stock.

The Australian Housing and Urban Research Unit urgently recommends a capital grant funding model to construct 36,000 units a year over the next two decades. This will produce the 727,300 dwellings we need to address a grave social crisis that has been years in the making.

I’m sure you don’t need me to tell you that people are living and dying on Australian streets. I’m certain you’re aware that 116,000 Australians experience homelessness on any given night. I’m positive you know that there are tens of thousands of people living in overcrowded conditions, or in mismanaged and criminally expensive private rooming houses, from Dandenong to Darlinghurst. This destroys people’s lives.

You have the power to help make this stop.

Great prime ministers of Australian history have left lasting legacies. Menzies established the Department of Housing and the Home Savings Grant scheme, which helped to resolve the chronic shortage of affordable housing after World War Two. Whitlam built Medibank and with it, a health care system that became the envy of the world.

Taking action to make a country fairer is the exclusive purview of neither right nor left. In the past governments from both sides of politics have accepted their responsibility to make life better for all Australians, more or less as a patriotic duty.

It’s sometimes observed that the current Liberal Party leadership appears to have embraced a bone-dry form of neoliberalism. But it’s worth remembering some of the great Liberal public spending initiatives of precious generations. The Medical Benefits Scheme, the Home for the Aged Scheme, the introduction of invalid pensions, the establishment of the Special Broadcasting Service (SBS): these were all part of the Liberal Party’s legacy of making Australia fairer and more inclusive for all its citizens.

Labor PM Mr Rudd called homelessness a “national obscenity” back in 2008 and set ambitious targets to halve homelessness. But all the leadership changes and the dark shadows cast by realpolitik led to homelessness increasing by 14 per cent and rising like a flooding river. Labor must recommit to practical, long-term solutions.

Whoever wins the next election, the time has come to take action against the dire shortage of affordable housing in this nation. This national obscenity is now metastasising. Social housing will help end homelessness and guarantee that disadvantaged people have security of tenure and affordable rents for generations. All of us benefit from that.

If we don’t act – if we continue to leave housing supply to the marketplace – affordable stock will diminish further, rents will continue to soar and housing access for a significant percentage of our population will recede into the unreachable distance. How many children do you want to see sleeping in city doorways?

Candidates, if you act on this in government you will be lionised for posterity as the team who pumped life back into a housing system as depleted as an emphysemic lung. And just think of all the jobs and spending the construction of 36,000 units every year for 20 years will bring into the economy along the way.

Mr Morrison, as the current leader of our country you have memorably said this should be a land of “a fair go for those who have a go”. Mr Shorten, you have launched your Fair Go action plan. But surely you can’t have a fair go if you don’t have a home?

Here sirs, is your opportunity to help preserve the egalitarian society you are so rightly proud of and put the meaning back into “fair go”, an expression which has become a shop-soiled cliché.

About the author: Chris Middendorp is the manager at Sacred Heart Central, an open access service in St Kilda. He has worked in homelessness services for 30 years and written extensively for Australian newspapers and magazines on social justice and cultural matters. 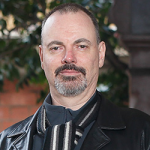 Chris Middendorp is the manager at Sacred Heart Central.