Coalition and Labor 2019 election policies relating to the NFP sector: A story of insiders

16 May 2019 at 4:25 pm
Bronwen Dalton
UTS Associate Professor Bronwen Dalton offers a comprehensive comparison of election policies and promises related to the not-for-profit sector, alongside questions over how these decisions are made and the issues associated with this.

UTS Associate Professor Bronwen Dalton offers a comprehensive comparison of election policies and promises related to the not-for-profit sector, alongside questions over how these decisions are made and the issues associated with this.

The participation of not-for-profit service providers in contracted service delivery in Australia has created a new generation of “insiders” that enjoy close relations with either and sometimes both the Liberal and Labor governments at the federal and state level.

The Australian NFP sector is highly dependent on government funding and understandably NFP organisations regard a close relationship with government as an important strategic goal. The ultimate objective is to achieve “insider” status.

Increasingly larger organisations enjoy this insider status in part because of their extensive contractual relationships with government. During the course of these developed relationships with larger NFPs, governments come to trust them as respectable, reliable and responsible and, perhaps, more aligned to views of the political parties concerned. This has contributed to perceptions that they occupy a privileged position relative to that of smaller, less well-connected not for profits.

Insiders might exhibit a propensity for advocating policy change behind the scenes by directly lobbying government but the effectiveness of this approach rests on the presumption that meaningful access to government exists and that NFPs are listened to. However a comparison of the Liberal-Coalition and Labor policies relating to the NFP sector in the upcoming 2019 federal election (see below) suggests that some NFPs’ lobbying strategies are working.

Unlike the tendering processes expected when spending taxpayer dollars on for-profits, both parties appear not to be so constrained in the NFP space and have announced that large sums of money will go directly to specific NFP organisations.

The LNP have sidelined the ACNC’s normal processes and given the much coveted and difficult to secure tax deductible status to Men’s and Women’s sheds. This is just to name a few (see the infographics below with all the NFPs). Hats off to Netball Australia. Skilled on the court they are also skilled lobbyists with around $20 million being pledged by both parties!

To be clear, I am not arguing that these organisations are not deserving. They are doing important work and helping millions of Australians to improve their lives. Also, to be fair, who else could you fund for a national netball initiative? But the question is why netball and not basketball or drama programs?

The taxpayer and the program recipients are much better served if such decisions are made transparently and are assessed carefully through evaluating the evidence that the programs have a positive social impact.

I applaud both sides of government recognising that Australians need NFPs not only to deliver services but to invigorate our democracy and promote inclusion and the protection of minorities and marginalised groups.

The NFP sector can also promote transparency, openness and accountability. But, in order to do this, governments of all persuasions might consider adopting more transparent, open, and accountable funding processes. Allocating $444 million to the Great Barrier Reef Foundation without a tender process is a case in point.

Bring on the National Integrity Commission.

See UTS’ comparisons below, to find out how the parties stack up on key issues. 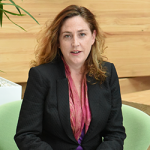 Associate Professor Bronwen Dalton is head of the Department of Management and director of the Masters of Community Management Program at the University of Technology Sydney. She has conducted extensive research in the field of not-for-profit sector studies.