6 May 2019 at 2:00 pm
Malcolm Garrow
Social sector mergers are a popular topic, but the tough conversations that come with them are less popular, writes Malcolm Garrow, executive director of SVA Consulting.

Social sector mergers are a popular topic, but the tough conversations that come with them are less popular, writes Malcolm Garrow, executive director of SVA Consulting.

The topic of mergers comes up frequently with our clients. They’ve either been through one, have thought about one or are mid-transaction. For example, in the disability sector over half of the 30 highest revenue disability service providers in Australia have gone through a merger or acquisition in the last seven years.

To be clear, mergers aren’t always the right strategic option for an organisation. Evidence from the for-profit sector indicates that a third of all mergers destroy value. However, if it is the right option to enable your organisation to deliver more impact and better outcomes for your clients, it is important to remember that mergers are challenging. And because mergers happen rarely in the life of a single organisation, many don’t have a team of merger experts on staff.

Mergers are hard for lots of reasons (see our how-to guide if you’re interested in the elements of an not-for-profit merger) – and they require all parties to have tough conversations, internally as well as with each other.

What do I mean by tough conversations? Well, usually the toughest have to do with people.

We are all in this work because we’re invested in it and we’re passionate about it. We’re also human and we can’t help having egos too. And if we don’t deal with these issues up front, they can lead to confusion and ill-will or even derail a merger.

The types of sensitive conversations and questions that I have seen undermine a merger are things like:

While these questions are all important, perhaps the toughest of them all is ironing out the overall approach of the transaction.

Is this a merger of equals, or an acquisition by another name? Out of all of the uncomfortable questions, this is the one that needs to be answered first because, depending on the answer, it can help provide clarity and direction for the above conversations.

These may seem like obvious questions, but unfortunately, they are often only addressed late in the piece. Meanwhile, each side has been working under its own assumptions.

For example, I’ve been involved in a transaction where a CEO had previously been a voting member of the board and assumed she would continue to retain voting rights and become a managing director post-merger. However, this meant that the board, which had been intended to have an even split of members from the two organisations now had a 4-3 split due to the CEO’s voting rights. It became an issue in negotiations and added undue stress during an already delicate moment in the transaction.

I’ve seen similar distractions happen not just between organisations during a merger, but also within organisations. One organisation was effectively being acquired by another organisation. However, in communications from leadership to the staff they used the term “merger”. Consequently, when it came time to form joint teams, there was confusion as to who had decision rights and which organisation’s legacy systems and processes would be the “default” to be adopted in the future. This led to significant delays and some friction between the two parties.

Frequently, these misunderstandings or assumptions can lead to one or both organisations working towards situations and scenarios that never come to be. For example, designing operating models that get thrown out when leadership issues arise, or even having the whole merger shelved due to the discovery of irreconcilable issues that were present from the very beginning.

How can you avoid the mess created by surprise show-stoppers? By having tough conversations early and making sure lines of communication are open and clear from the start.

Taking the time to set out your non-negotiables up front and documenting them is worth any momentary discomfort and can save your organisation from wasting resources and generating undue tension. In addition, the initial discussions are a good time to document shared principles that will be used to guide future discussions and decision making.

And while there are numerous examples of mergers gone awry, mergers and acquisitions have the potential for increasing impact, allowing two once-separate organisations to share their strengths and mitigate their weaknesses.

That’s worth front-loading the tough conversations, so you only focus resources on worthwhile opportunities. 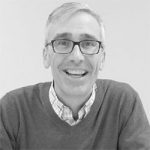 Malcolm Garrow is the executive director of SVA Consulting.