How accountable are Public Ancillary Funds?

Dr Alexandra Williamson shares some of the key findings from her QUT PhD thesis exploring perceptions and practices of accountability of Public Ancillary Funds.

Public Ancillary Funds (PubAFs) are diverse and fascinating foundations, yet they are often overlooked in the philanthropy landscape in Australia.

To date accountability of PubAFs has been largely assumed rather than systematically explored.

Given the lack of previous research, I decided to take a closer look at these foundations in my PhD thesis. My research involved interviews during late 2017 and early 2018 with the managers and directors of 28 PubAFs in five Australian states and explored understandings of accountability within these organisations.

PubAFs are charitable trusts that must raise funds from the public and distribute a minimum of 4 per cent of their capital value in donations each year for public benefit. They are endorsed as Deductible Gift Recipients (DGRs), so donations made to them are tax deductible, and they must have a majority of their directors as responsible persons with a strong connection to the community.

They are a varied group of organisations, which include community foundations, corporate foundations, those established by financial or wealth advisory services companies, and those based around single issues or established by high-profile individuals.

PubAFs play important public roles in the philanthropic sector. They offer wide access to a giving structure for donors who may have less money to give and/or less time to spend on governance, they act as aggregators and enhancers of giving, and they bring donors together around common causes or communities.

How big are they?

The PubAF structure can be likened to a bucket into which all the “other” (non-private) foundations are placed. The large majority of PubAFs are small (71 per cent of the 991 PubAFs examined in this study had an annual revenue of less than $250,000 using the ACNC size categorisation). However, the biggest of them are very big, with seven having assets greater than $100 million, and the largest more than $600 million (2015-2016 data from ACNC through data.gov.au).

Unlike Private Ancillary Funds (PAFs), PubAF numbers are relatively static (approx. 1,450 in 2019). However, their combined size in terms of capital value is increasing, in particular through growth in sub-funds or management accounts that can be offered to donors within some PubAFs.

Dimensions of accountability within PubAFs

While accountability is hard to define, it involves concepts of being answerable to stakeholders, transparent, and able to justify decisions and actions. In philanthropy, accountability is often associated with openness, responsiveness, and building public trust.

By looking at these three dimensions, it is possible to map where any individual PubAF is situated on each dimension, and to understand more about their identity as an organisation. For example, a PubAF might be described as having a strategic focus on inputs, existing in a dyadic partnership, and focused on specialist impact. This organisation would be focused on providing services to its donors, and is likely to offer named sub-funds. It would work in close partnership with another organisation, perhaps sharing premises and having similar names. It would focus its giving on a defined geographic area such as a town or cause area such as a health condition, or it might make grants to a single organisation only.

My research showed that PubAFs’ preferred way of checking on their own work was to use benchmarking against other philanthropic foundations. Identifying their position on each of the three dimensions enables PubAFs to benchmark their organisation against others that are conceptually similar.

Rather than comparing one PubAF with another that is located nearby or of a similar size, it is possible to compare PubAFs that work in similar ways, have similar stakeholder groups, or similar organisational identities. This in turn assists in highlighting any inconsistencies or misalignments between PubAFs’ mission and goals, and their current practices. Over time, this may help to build stronger partnerships with donors and beneficiary organisations, and to increase effectiveness and impact.

PubAFs are accountable for ensuring that they embody the values their founders and donors have entrusted them to uphold.

The question for PubAFs is how they can best share what’s been achieved in a timely and honest way, while avoiding taking credit for their beneficiaries’ work, and being a responsible steward of the fund’s resources.

It is apparent that while PubAFs are increasingly engaged with accountability, there is still some way to go in detailing a range of best practice models that managers and trustees can adopt and adapt within their organisations.

Acknowledgements: Thanks to my PhD supervisors at QUT, Associate Professor Belinda Luke and Dr Craig Furneaux. Thanks also to the PubAF managers and directors who gave me an hour of their time to share their experience and expertise. I can’t name you, but you know who you are.

Dr Alexandra Williamson’s PhD thesis Perceptions on the Accountability of Public Ancillary Funds was published in June. It can be found on QUT’s ePrints digital repository here. 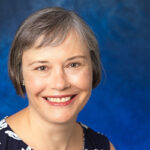 Dr Alexandra Williamson is a postdoctoral research fellow at the Australian Centre for Philanthropy and Nonprofit Studies at QUT.