When the weather means more than record temperatures and sunscreen

19 August 2019 at 4:58 pm
Esther Abram
We need to start talking about climate change in all aspects of our lives, writes Esther Abram, green giving manager at the Australian Environmental Grantmakers Network.

Print
When the weather means more than record temperatures and sunscreen
19 August 2019 at 4:58 pm

We need to start talking about climate change in all aspects of our lives, writes Esther Abram, green giving manager at the Australian Environmental Grantmakers Network.

Complaining about the weather is a popular topic of conversation. In a time when political or cultural topics can be divisive, it’s a risk-free way of making a connection with friends and strangers alike.

But these innocuous conversations increasingly contain a level of disquiet. We marvel at the prospect of London baking in 40 degree-plus temperatures and commiserate over the plight of farmers experiencing long droughts then massive floods. And then there is a pause in the conversation. More frequently now I fill this gap with the statement “and that’s climate change”.

Having a sensible conversation in Australia about climate change at a national government level has become more difficult in recent decades. Tragically this has occurred at the very time when taking action on climate change would have the lowest costs. Timing is critical as the longer we delay action, the more emissions are released into the atmosphere and the hotter the earth becomes.

When it comes to planet Earth, David Attenborough is the most credible witness of its wonders and decline. Attenborough is an entertainer not an activist, but he’s raising his voice to call to the leaders of the world that the time for prevarication is over. Destructive deforestation and burning coal for electricity can’t be part of our future. But he also tells us that the solutions are here.

In my role with the Australian Environmental Grantmakers Network (AEGN), I see a steady flow of philanthropists coming on board with deep concern about climate change and the legacy we are leaving our children. They fund terrific initiatives and support communities and people of all types to advocate on climate change. This keeps me optimistic about the future. But with the size of the challenge, everyone needs to be on board.

Which gets us back to talking about the weather. We need to start talking about climate change in all aspects of our lives. Climate change exposes every one of us to higher levels of risk of illness or injury due to extreme weather. Many of the people philanthropy supports are extremely vulnerable, because of poor housing, poverty or existing health conditions. But this is not just a one-way street – we can all reduce emissions and we can take action to adapt to climate change.

Philanthropy is recognising that a wide number of charitable purpose areas are impacted by climate change. The AEGN is launching the Introduction to a Climate Lens publication at the Philanthropy Meets Parliament Summit in September. We’re getting the conversation going and would love you to join us.

About the author: Esther Abram is green giving manager at the Australian Environmental Grantmakers Network. 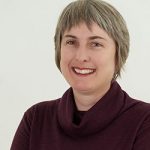 On top of drastic emissions cuts, IPCC finds large-scale CO₂ removal from air will be 'essential' to meeting targets

Billions of dollars and a lost opportunity for the climate