3 September 2019 at 5:05 pm
Rachel Alembakis
Australia issued $15.6 billion in green bonds as of the end of June, yet there is a pipeline of more than 400 green infrastructure investment projects, according to the Climate Bonds Initiative.

Australia issued $15.6 billion in green bonds as of the end of June, yet there is a pipeline of more than 400 green infrastructure investment projects, according to the Climate Bonds Initiative.

The SoTM reports that cumulative domestic green bond issuance reached $15.6 billion as of the end of June 2019, placing Australia third in the Asia-Pacific region behind China (US$91.5 billion) and Japan (US$12.4 billion) and in front of South Korea at fourth (US$6.7 billion) and Indonesia at fifth with US$4 billion.

“Australia has both the opportunity and the capital to meet its green infrastructure challenges and create a climate ready, resilient and robust economy, fit for the future,” Sean Kidney, CEO of Climate Bonds Initiative, said.

“The Australian and New Zealand sustainable finance market is accelerating with the emergence of loans in both green and sustainability-linked formats,” Christina Tonkin, managing director of loans and specialised finance at ANZ, said.

“This follows the growth of green bonds over the last three to four years. The Australian market has developed in line with global best practice, showing diversity of product, transparency for investors and lenders, innovation in the use of proceeds and commitment to uphold market standards.”

Australia’s annual green bond issuance in the 2018 calendar year nearly doubled, from $3.3 billion in 2017 to $6 billion. In the first half of 2019, issuance was $3.9 billion, with recent issuance including Brookfield Australia ($880 million), Woolworths Group ($400 million) and FlexiGroup ($91 million).

Low carbon buildings dominate green bond allocations with approximately 43 per cent share of use of proceeds. Energy follows with 25 per cent, low carbon transport at 24 per cent, water at 6 per cent and waste at 2 per cent. Green bonds are yet to be issued for other industry sectors including land use and ICT, the Climate Bonds Initiative said in the report.

“More and more investors are talking to us about climate resilience and how NAB can support the capacity of the financial sector to better support investments in climate resilient and green infrastructure,” David Jenkins, head of sustainable finance, corporate and institutional banking, at National Australia Bank, said.

This is the second annual report that climate Bonds Initiative has published on Australia.

About the author: Rachel Alembakis is the editor of The Sustainability Report, a publication that covers how institutional investors integrate environmental, social and governance issues into their investment processes.

This article was first published in The Sustainability Report. 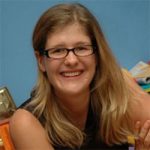 Rachel Alembakis is the editor of The Sustainability Report.

More than a zero sum game: Gender lens investing means we all do better.