19 September 2019 at 7:30 am
Andrew Blyberg
Andrew Blyberg from Fifty Acres runs through some of the most common mistakes not for profits make when trying to influence politicians.

Print
Seven deadly sins of government engagement
19 September 2019 at 7:30 am

Andrew Blyberg, from Fifty Acres, runs through some of the most common mistakes not for profits make when trying to influence politicians.

I spent more than five years as a political staffer and now, as head of engagement at Fifty Acres, I help not for profits pursue their policy and funding agendas with government.

Over the years I have seen countless well-meaning organisations make the same mistakes when trying to influence politicians.

So here are the most common mistakes I’ve seen over the years:

Avoiding these common pitfalls will put you ahead of the vast majority of other organisations and get you that much closer to achieving your agenda. But if you want the support of an experienced team, get in contact with Fifty Acres and we’ll help you navigate the process from start to finish.

About the author: Andrew Blyberg is the head of engagement at Fifty Acres – The Communications Agency and was previously the communications director for the Leader of the Greens and campaigns and strategy manager at World Vision Australia. You can reach Andrew at andrew@fiftyacres.com or on 0401 691 666. 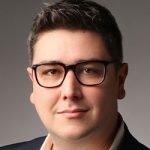 Andrew Blyberg is the head of engagement at Fifty Acres.

Pursuing purpose in times of politics

What are the three big success factors in government engagement?