The humanitarian argument has failed. We must now argue for our kids on the economics.

4 September 2019 at 2:31 pm
Penny Dakin
Arguing for a better deal for our kids, purely on humanitarian grounds is failing to cut through. It’s time to reframe the debate in terms of economics, writes Penny Dakin, CEO of the Australian Research Alliance for Children and Youth (ARACY).

Print
The humanitarian argument has failed. We must now argue for our kids on the economics.
4 September 2019 at 2:31 pm

Arguing for a better deal for our kids, purely on humanitarian grounds is failing to cut through. It’s time to reframe the debate in terms of economics, writes Penny Dakin, CEO of the Australian Research Alliance for Children and Youth (ARACY).

The Australian Research Alliance for Children and Youth (ARACY) welcomes this report on two fronts in particular; first, that it again highlights the importance of playgroups and play-based learning for children in their earliest years and second; that it does so by making the economic case.

Ever since federation, the majority of social issues (eg child wellbeing, poverty eradication, reconciliation with the first Australians) have been debated on humanitarian grounds. In one form or another, the argument has run: “As a nation we should invest in the dignity of our fellow Australians, in giving them a fair go.”

But if you look at Australia’s record on these issues (eg child wellbeing indicators are lagging in a range of areas including suicide rates, mental health, obesity and poverty) it’s clear the humanitarian argument has failed – at least when it comes to influencing government policy.

It’s time for a change in tack. ARACY is part of this change, as is Playgroup Australia and an increasing number of organisations and individuals working to make our society a fairer one.

Government ministers are often referred to as occupying “the Treasury benches”. This term neatly captures what government is fundamentally about; controlling money, what it is spent on and who benefits.

Given this, and the failure of the humanitarian argument, debates that go to the basic dignities all Australians should know as a birthright (freedom from poverty, universal access to high quality education and health care and access to effective, stigma-free safety nets) must now increasingly be argued in terms of economics – the return to the government, the taxpayer and the community – on the investments made.

This is not necessarily a bad development.

ARACY, like other organisations, exists to ensure the wellbeing of children in Australia. Our vision is that all children and young people in Australia are loved, thriving and reaching their potential. While there is perhaps nothing unique in this, what is unique is our insistence that programs, policy and investments to achieve this be based firmly on evidence. Why? Because we know this is the best way to ensure the best outcome for kids from the limited funds available from government (or any other source).

Put simply, economics is a form of evidence that governments (and a large section of the public) can clearly understand.

A recent example of ARACY making the humanitarian argument in terms of economics is the The first thousand days: A case for investment a report by the Strong Foundations Partnership (of which ARACY is a member).

The report presents economic modelling by PwC Australia demonstrating that nationally, annual GDP would grow by up to $3 billion if every child in Australia spent their first three years in stable housing, and by up to $1 billion if all pregnant women in Australia were able to cease smoking. It lays an economic base for finding more effective ways to help more mothers quit smoking, and to ensure all children in Australia have access to stable, safe housing, at least until they turn three.

This builds on an earlier report which found that children exposed to adverse environments and experiences early, are likely to continue to be exposed to such experiences, and that changes made during the first 1,000 days can have lifelong effects. The report notes that adult conditions such as coronary heart disease, stroke, diabetes and cancer are now being linked to pathways that originated prior to or during the first thousand days. The treatment of these conditions, and the productivity lost to them each year, costs the Australian community billions.

Also making the case for early investment in our children is The Front Project, who recently released modelling by PwC which looked at the impact of an early education program for 15 hours a week, delivered by a Bachelor qualified teacher, in the year before school. The report found a return on investment of 1:2, meaning for every dollar invested, Australia receives $2 back over a child’s life.

The importance of the early years in setting a child’s trajectory for life cannot be underestimated. The academic evidence proving it is the most effective time to invest is mountainous and robust. But on its own it is not cutting through. We must continue to build up the economic evidence. This is expensive work. This is difficult work. But it is work we must do.

Playgroup Australia has added an important piece to this evidence base. ARACY again congratulates them on this. We also look forward to continuing our work in bringing together various players (including government) to build and argue the economic case for earlier and better investment in our children, their future, and that of the nation. 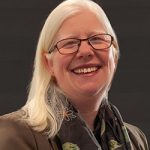