31 October 2019 at 8:47 am
Dora Nikols
The Melbourne Cup and horse racing has become a social issue that is hard to ignore. So what is a company with a high moral compass to do? Dora Nikols has some ideas.

Print
How companies with purpose can use the Melbourne Cup to promote their values
31 October 2019 at 8:47 am

The Melbourne Cup and horse racing has become a social issue that is hard to ignore. So what is a company with a high moral compass to do? Dora Nikols has some ideas.

The biggest trend driving business today is for companies to know and understand their why – the reason why they are in business and what difference they want to make in the world. These innovative brands are combining profit, planet and purpose to be a force for good. They are aligning their values to their business practices.

Dove’s purpose is to support positive body image and it brings that to life by promoting real women of all shapes and sizes in its campaigns. The Good Beer Company has crafted a beer where 50 per cent of profits help to save The Great Barrier Reef. The Body Shop is still living the social purpose of its founder Anita Roddick by actively campaigning against animal testing.

The ethos of these brands is driven by a guiding social purpose which gets entrenched into their corporate culture. And it’s a movement fuelled by consumers who want to buy from brands that support their values.

Today consumers want to know how companies are making the world a better place. The 2018 Edelman Earned Brand report found nearly two in three people are belief-driven buyers who choose, switch, avoid or boycott a brand based on its stand on social issues.

One social issue that has gained a lot of media attention is animal cruelty in the horse racing industry. The ABC’s 7.30 Report exposed the cruel treatment of retired racehorses while last year one horse; The Cliffsofmoher died on the track. This haunting image of the dying horse was everywhere and vividly brought the issue to the forefront. At the time the RSPCA Australia confirmed this was the sixth horse to die as a result of the Melbourne Cup since 2013 and that was just the tip of the iceberg.

What is clear is that the Melbourne Cup and horse racing has now become a social issue that is hard to ignore. So what is a company with a high moral compass to do? Especially when Melbourne Cup is a huge celebration that literally stops the nation.

Some companies like investment company Australian Ethical have outright made a public stand and proclaimed they don’t support horse racing on their website here.

If your corporate values are to do no harm and support the welfare of animals then these guiding principles must be lived and breathed internally within your corporate culture and expressed externally through your actions and behaviours. Melbourne Cup provides this opportunity and gives purpose-driven brands a way to express their values and take a stand for what they believe. Instead of celebrating a race that is seen to exploit horses instead they can celebrate a day that gives support to horses.

Some restaurants taking a stand to protect and promote the welfare of horses on Melbourne Cup in Sydney are the Bodhi Restaurant and The Newtown Hotel who both have “nup the cup” events where you still get to dress up, eat, drink and be merry but instead of gambling on horses you raise money for retired racehorse shelters. They also host fashion parades and prizes for the best dressed but its all for a good cause.

For other ideas on the day Animals Australia has some great suggestions on their website on ways to celebrate Melbourne Cup without hurting horses – including getting your team to dress up and race amongst themselves!

Or if your team wants to escape the craziness of the day you can turn it into a team building day and go visit Where the pigs fly farm sanctuary to see and sponsor Mick, an ex-racehorse who was rescued from the slaughterhouse after his racing days were over.

Let’s use our voices and actions to celebrate Melbourne Cup in a festive way that’s also aligned to our values this year.

About the author: Dora Nikols runs Social Mission, a PR and social purpose agency that specialises in building and promoting purpose-led companies. 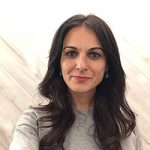 An emergency warning for humanity

B Corp month takes you behind the scenes