Philanthropy in the wake of a royal commission

28 October 2019 at 5:12 pm
Emma Morgan
Emma Morgan, from The Family Violence Philanthropy Collaboration Project, reflects on what happens when a royal commission sparks the will to change and shares lessons on how funders can seize the opportunity and support improved outcomes.

Emma Morgan, from The Family Violence Philanthropy Collaboration Project, reflects on what happens when a royal commission sparks the will to change and shares lessons on how funders can seize the opportunity and support improved outcomes.

As the “gold-standard” for inquiry on matters of public importance, royal commissions occupy a unique place in the Australian system of government, a place we seem to be visiting with increased frequency.

While royal commissions at state and federal levels have led to momentous changes in policy, legislature and funding in an array of domains they are also expensive and unpredictable – sometimes leading to enormous changes, sometimes fading away without impact beyond the significant costs of their conduct.

Fortunately, the 2016 Royal Commission into Family Violence marked a watershed moment that has resulted in $2.7 billion dollars of state government investment in family violence prevention and response, in what is arguably a world leading reform agenda aimed at ending family violence in this state.

For those of us in the family violence sector who continue the work in the wake of this moment, we are in a good position to reflect on what happens when a royal commission sparks the will to change that victim survivors and advocates hope and pray for.

Get in early and fund community sector advocacy

Secondly, there are many ways to interpret recommendations from a royal commission – resulting change can arrive in unexpected and uncontrollable forms. For example, subsequent evaluation of the accelerated design and implementation of the Support and Safety Hubs recommended by the Royal Commission into Family Violence identified specific and unanticipated complexities. These complexities confronted the relevant government agencies and sectors that were learning to work together differently while also responding to other major systemic reforms such as information sharing legislation.

In either instance, it is important community advocates are resourced, and that advocacy and policy work is supported in preparation.

If as hoped, the commissions do gain traction and result in government commitments to implement recommendations, then reforms will come swift and hard. In this context government has a small window of time to effectively roll the dice, commit to bold policy and demonstrate results before they are up for re-election. The pace and scale of reforms at this level puts community organisations in a highly reactive position, often facing overwhelming odds in terms of sheer numbers of staff and hours in the working week.

There must be upfront investment in infrastructure and capacity building

Services being asked to quickly scale up and respond to enormous change, often do so on the backs of decades of underfunding and depleted workforces. Many will have weathered previous waves of reform, or work in areas that intersect with other major reform agendas.

Be in it for the long haul

An enormous push for change can be followed by a worsening of the problem. As an issue comes to light, more people realise they need support, and there can be backlash leading to increases in abuse, particularly in the instance of family violence. Change doesn’t happen overnight – and that can be discouraging after a lot of money and effort gets thrown at a problem. Be prepared to support change through the push back.

Where possible, increase your tolerance for risk

In a post-royal commission reform environment, the ground is constantly shifting. Be prepared for uncertainty, voluminous amounts of information, and many different faces around the table as people move around a lot in a reform environment. Take time to understand the system responding to the problem, identify who plays a key influencing role in that system, and work with those stakeholders to support systemic change.

If the philanthropic sector wishes to be part of supporting systems changes through provision of complementary resources and wishes to work collaboratively with government to do so, it helps for this to be captured in the recommendations of the royal commission. The best chance to do this is to make a submission, either through a joint effort with other philanthropic funders, or with community partners.

Recommendations mark a point in time, and government will often commit to acquitting recommendations with limited provision for additional resourcing as new issues emerge. Similarly, be prepared to support evaluation and evidence building.

Try to even the playing field where you can

The bigger an organisation is the more capacity it has to pursue philanthropic funding. However, there may be smaller organisations better placed to do the work, or for whom the investment would make a bigger impact.

Similarly, where possible invest in collaboration and partnership – complex problems require coordinated responses, and new ways of working together. 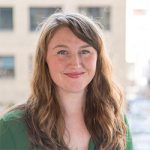