The National Rental Affordability Scheme: In defence of a worthy program

1 October 2019 at 8:31 am
Adrian Pisarski
Adrian Pisarski, executive officer of National Shelter, rebutts a recent blog by the Grattan Institute criticising the National Rental Affordability Scheme and sets the record straight on the important role the program plays.

Print
The National Rental Affordability Scheme: In defence of a worthy program
1 October 2019 at 8:31 am

Adrian Pisarski, executive officer of National Shelter, rebutts a recent blog by the Grattan Institute criticising the National Rental Affordability Scheme and sets the record straight on the important role the program plays.

The National Rental Affordability Scheme (NRAS) was recently criticised by the Grattan Institute for being expensive, housing the wrong people, not varying for different markets, providing windfall gains to developers, not adding to supply, acting as a lottery for tenants and wasting money better spent on Commonwealth Rent Assistance (CRA). As a contrast, I argue NRAS is acknowledged for building high quality, well located, high amenity dwellings and plays an important role in housing moderate income households who otherwise find rent unaffordable, even though they may be employed. It also does its share of heavy lifting.

The establishment costs, risks and investment returns involved in building dwellings under NRAS were very different in 2008 when the GFC was upon us. The cash rate was 7.25 per cent compared to 1.0 per cent in 2019, so the incentive needed to be higher at that time to attract investors. An improved implementation process could have seen the establishment rate reduce to suit changing financial returns over time.

Grattan compares the cost of discounting rents by 20 per cent ($4,000 per annum) to the cost of the NRAS incentive ($11,000 per annum), a spurious comparison as it does not account for the difference in the cost of construction nor that new construction contributes to the additional supply of affordable housing. Only adding to new supply can address the displacement of moderate-income renter households that a rent subsidy may create.

NRAS was not a “windfall” for private developers. The cost of construction is much higher than the cost of providing a rental discount. As many dwellings were generated by not-for-profit community housing providers (CHPs) any surplus was returned to other dwellings and social programs for people living on low incomes. CHPs who are the mainstay of NRAS management and ownership, have maintained up to 40 per cent of NRAS dwellings in perpetuity at a discounted rent.

NRAS boosted the building industry at a critical time. During the global financial crisis NRAS and the Nation Building Social Housing Program accounted for 20 per cent of all new residential builds in Australia, providing much needed employment, ensuring banks were lending for building, keeping construction alive and stimulating the economy.

Governments could have offered national tranches of incentives and set minimum specifications for bedroom numbers, locations and amenity to encourage diverse construction proposals, rather than trying to vary incentives based on location.

Importantly only the Commonwealth share of the NRAS incentive is set at a standard level. The state share is set at a minimum of one-third of the Commonwealth share, recognising that it may be appropriate for state governments to provide additional assistance in some circumstances (eg high-cost areas or housing for people with large families or special needs). NRAS incentives were approved after evaluating their contribution to state needs, the overall mix of dwellings including bedroom numbers.

A key consequence of this approach to incentives is that the mix of NRAS dwellings is not unduly skewed towards low-cost options such as one-bedroom units or low-cost areas and the majority of those built have two or more bedrooms.

Social housing portfolios have a shortage of one- and two-bedroom dwellings, NRAS enabled some to move, freeing up underutilised social housing properties. It would be impractical and hugely expensive for the level of the Commonwealth incentive to be determined in each case across the nation on the alleged cost of providing the dwelling.

The historic context of the development of NRAS must also be considered. NRAS appeared between the resources boom and the global financial crisis. Many communities in Queensland, Western Australia and New South Wales were experiencing housing affordability crises due to the influx of miners and construction workers displacing local workers and therefore renters. Many regions and cities experienced an absence of retail, child-care workers, carers, librarians, bakers, butchers who were priced out of local rental markets, the cohorts that NRAS aimed to directly provide housing for.

NRAS was a program which did not target people living with the greatest housing need, by design it was aimed at low to moderate income households. However, more than two thirds of NRAS tenant households earned $50,000 or less per annum and over 30 per cent earned $30,000 or less. It was always complementary to social housing not a replacement.

In describing the selection of NRAS tenants as a lottery, Grattan is provocatively misleading. NRAS providers were bound to select tenants through close examination of each applicant household’s circumstances in accordance with the goals of the scheme. Community housing providers have their own priorities for assisting people living on low incomes or other relative disadvantages and their processes inevitably involve some subjective and difficult judgments, but that does not make it a lottery or an inappropriate allocation. In Queensland, both not-for-profit and for-profit NRAS providers have to choose from a register of approved tenants. By contrast, when trying to find rental accommodation in the private market many low-income and other disadvantaged people would not stand a chance when rental accommodation is scarce as landlords can and very commonly do, favour applicants who have higher incomes.

Any future rental incentive program would benefit from improved publication of affordable housing opportunities and possibly state/territory based platforms where vacancies could be advertised and potential applicants could register their interest.

In the implementation of most housing policy it is impossible to establish the precise additionality of any program to overall supply. However, the extent to which an NRAS-type scheme is likely to do so is substantially increased by the fact that (unlike most other forms of housing assistance including CRA) all NRAS dwellings had to be newly-constructed. The relevant question in this context is whether NRAS increases the overall supply of more affordable housing, not of housing stock as a whole. Close practical knowledge of the scheme’s operation in detail (supported by published examples) leaves little doubt that NRAS has done so, especially in relation to community housing.

It is also notable that, according to government figures, NRAS attracted very substantial additional finance or other resources from for-profit and non-government sources. It is clear that many providers would not have been able to develop a sufficiently substantial and credible proposal to attract NRAS funding if they had not been able to include the government-backed NRAS incentives. It would have been helpful if, as National Shelter suggested at the time, a base audit had been conducted of dwellings owned or managed by community housing providers before they received any NRAS incentives to enable an approximate assessment of how much their overall stock was improved after they began receiving incentives.

NRAS increased the size of many community housing providers and their experience of managing large development projects it also improved their efficiency and productivity enabling them to develop and manage more dwellings for the same amount of money.

In strengthening the size, capacity and reputation of community housing providers an NRAS-type scheme substantially increases the willingness of for-profit organisations to lend money to these providers and/or invest directly in affordable housing while engaging them to manage the properties and tenants. The impact on for-profit organisations had clearly gathered momentum when the expansion of NRAS was abruptly suspended and its restoration is essential to help reduce the Australian rental market’s exceptionally high degree of dependence on non-institutional landlords.

Grattan argues that CRA is a better government expenditure than NRAS. The level of CRA payments needs to be increased, but excessive reliance on them to address housing affordability would be both ineffective and wasteful. A large increase in CRA would theoretically put upward pressure on rents in tight rental markets as would demand side measures (eg first home owner grants in other programs). As a result, much of the increase would be at risk of being absorbed by having to pay higher market rent and do little to add to the specific supply of affordable housing.

The core strengths of the NRAS concept are that tenants are guaranteed a specific and sustained reduction from market rent, and a downward pressure is exerted on rent levels in the broader housing market. The size and sustained predictability of the NRAS discount, by contrast with the political vagaries of CRA rate-setting also assist tenants to commit to building their personal savings to achieve a home deposit or meet the cost of higher rents when the NRAS discount ceases (perhaps even purchasing the dwelling with a shared equity product). NRAS is much more likely than CRA increases to help attract large financial institutions into the provision of housing (whether for lower-income people or otherwise) which together with tax reform are the most important priorities for increasing the overall quantity, suitability and affordability of housing supply. It is also more easily integrated with planning initiatives aimed at improving the supply and location of affordable housing, including interaction between housing and transport.

National Shelter supports calls for improved planning and the reform of tenancy legislation, but it is crucial to emphasise that NRAS, CRA, the National Housing Finance and Investment Corporation and planning reform should not be seen as winner-takes-all policies in competition with each other. They are complementary elements of a broad-ranging and effective suite of policies needed to improve housing affordability, helping to address the inevitable diversity of circumstances amongst both housing providers and tenants.

NRAS worked best when combined with the National Building Stimulus program and along with Grattan we support another social housing stimulus, preferably with a renewed NRAS program. A policy suite of this kind can draw on the respective strengths of its different elements while counteracting weaknesses that might arise if any one of them was relied on to an excessive degree.

The legacy of NRAS will be to have created an appetite for institutional investment in affordable residential property portfolios. It preceded build to rent and should not be cast aside but considered as a complementary tool in a range of tools available to investors, providers and developers.

National Shelter will continue to advocate for the development of a National Housing Strategy to ensure the housing system operates to assist all Australian citizens in housing need to achieve a safe and affordable place to call home. 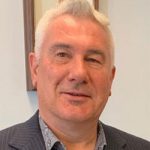 Orange Sky lights up the stage at FIA Conference