‘We owe it to everyone who fought to protect our legacy’

9 December 2019 at 4:43 pm
Paige Burton
Monday marks the two anniversary of marriage equality becoming law and the one year anniversary of Equality Australia. But Paige Burton reflects on how the No campaign never really disappeared.

Monday marks the two anniversary of marriage equality becoming law and the one year anniversary of Equality Australia. But Paige Burton reflects on how the No campaign never really disappeared.

2017 was a tough year for our community, and it was an incredibly difficult time for many of the 50,000 young people I met during a consultation I ran in every federal electorate.

As soon as the postal survey was announced, I was inundated with messages from hundreds of LGBTIQ+ teens scared about what their families would say, about how they would vote.

I spent dozens of hours in those weeks connecting young people to crisis housing, support services, and on a lighter note – to people who would give them a way to get involved in the Yes campaign.

Every so often I’d receive a message thanking me for helping them during the bruising campaign: “You’re seemingly immune to the negative things being said about LGBT people,” one said. But that wasn’t the case at all.

There were teachers who told me that they would be voting no, that they wouldn’t stop kids in their class from saying awful things to their peers about marriage equality because it was “too political”. There were days after talking to students scared for their safety during the survey campaign that I would sit in parks and sob. After arriving late the night before, I woke up one morning in North Queensland and rolled over, face-to-face with a bookshelf that contained nothing but bibles. I was continually reminded that the country was having a debate about whether or not LGBTIQ+ people were worthy of marriage.

Of course, there were nice parts too. Hearing unusual allies passionately affirming the campaign, and receiving emails detailing wonderful coming out stories. I cried again when I saw the campaign endorsement from the NRL at the grand final that everyone was welcome in the game.

“It wasn’t the end of the fight for equality. It was a step in the right direction.”

The bill passing was a huge moment. There were proposals, the beginning of wedding plans, day drinking, and so much glitter. For many (myself included), the bill passing was, above all, a relief. I have since watched loved ones marry after years together, and fawned over photos of same-sex weddings. But it wasn’t the end of the fight for equality. It was a step in the right direction. Two years on, we know that LGBTIQ+ Australians, no matter if their electorate voted yes or no, still suffer from discrimination under our laws.

The No campaign never really disappeared – we can see their legacy in the media, in well-funded lobbies, and in the conservative members of our Parliament that continue to fight against protections for our community.

We’re facing threats with renewed vigour. The Religious Discrimination Bill, a sort of promise to the people who voted against equality, could wind back decades of hard-fought protections for LGBTIQ+ people, women, and people with disability. It will see discrimination in our workplaces, education settings, and healthcare system. The government is currently amending the legislation which is set to be tabled early next year.

Marriage equality was a great triumph for our community, one that was made possible by decades of work and millions of Australians standing up for fairness. We owe it to everyone who fought, especially those that didn’t live to see it, to protect our legacy – to fight against laws like the Religious Discrimination Bill.

About the author: Paige Burton is the engagement advisor at Equality Australia. In 2017, she conducted Australia’s largest ever face-to-face consultation of people under 25. 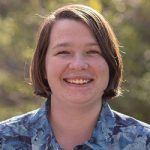 Paige Burton is the engagement advisor at Equality Australia.

Worth the Risk: What can be learned from LGBTIQA+ experiences with the insurance industry