What’s the best way to avoid an IT train wreck?

19 December 2019 at 8:52 am
Roland Maxwell
The Xfactor Collective specialist member Roland Maxwell touches on a topic that will sadly resonate with many from recent challenging experiences, and hopefully will prevent a few IT tragedies in 2020.

The Xfactor Collective specialist member Roland Maxwell touches on a topic that will sadly resonate with many from recent challenging experiences, and hopefully will prevent a few IT tragedies in 2020.

A couple of years ago, I was facilitating a workshop of corporate leaders which included a former Labor MP. He quipped that there was one area in which there was absolute bi-partisanship, and that was IT stuff-ups.

“Any IT project is a process-improvement project, so be precise about what you are improving.”

There was general laughter, nodding, and wry looks around the table. Government may well have a leading edge in this department, but not a monopoly.  Many organisations have lost heavily because of failed IT projects, or are dragging a sea-anchor of inappropriate technology.

It starts with the CEO

Software choices are structural organisational choices. CEOs cannot claim that “IT is not their thing”, any more than we would accept CEOs who said they didn’t understand finances, or were uninterested in HR. All software involves embedded business processes, and will impartially enforce inefficiency and bad process as readily as productivity and good process.

It continues with other people

Good systems of work involve a judicious interaction between people and enabling technologies. Striking the right balance between human-mediated processes and technology-mediated processes is key. People are happier when they feel that their jobs are meaningful and productive. Bad systems create a cynical workforce. Design your IT systems to support your people, and make sure that the IT systems respect your audiences (customers, supporters, donors etc), and value their time and desire for good process.

Be clear on the focus of improvement

Any IT project is a process-improvement project, so be precise about what you are improving. If you are specific about the cost of the current situation, and the benefits intended to accrue from the project, it becomes much easier to see if it is worth the investment.

IT service providers are often adept at capitalising on organisations’ fears of being left behind, and on painting a rosy picture of the future state. Don’t be gulled by the marketing “bow-wave”: look for measurable, nuts and bolts benefits to your organisation.

Many organisations frame a brief in terms of a feature list. This approach puts them at a disadvantage, as anything that wasn’t on the initial feature list can trigger a cost-variation.

Some IT companies rely on being able to charge variations, understating the real costs of the project up-front, on the expectation of being able to justify additional payments once they are in the door. (IT suppliers are not alone in this.)

Focus on defining the destination for your organisation, and require the supplier to use their professional judgement to achieve it. By analogy, if you were employing a builder to renovate your bathroom, you wouldn’t expect to have to specify the quantity or type of copper pipe to get the shower working: that’s their job.

The role of Enterprise Architecture

Enterprise Architecture provides a framework by which to optimise the systems of work that are used to achieve your goals. A clear framework helps to avoid duplication, and makes it easier to make decisions that are consistent with prior decisions, and to respond to new opportunities.

What is Enterprise Architecture?

ISO/IEC 42010:2007 defines “architecture” as the fundamental organisation of a system, embodied in its components, their relationships to each other and the environment, and the principles governing its design and evolution.

The aim of the architecture should be:

Design with flexibility in mind

I became frustrated with the lack of terminology to describe the approach that I consider optimal, so (with some apologies) I have invented my own acronym, appropriating the old radio call-sign “WILCo”.

According to me, WILCo is short for “Well-Integrated, Loosely-Coupled”.

Well-integrated: When people use the system, it feels coherent and whole. By integrating the components, we:

By contrast, a loosely-coupled system allows for components to be swapped in and out, without affecting the health of the rest of the system. This makes upgrading the system easier and less risky. For example, a bicycle is a loosely-coupled system in which the task of replacing essential system components, such as handlebars or pedals, is low risk and reasonably straight-forward.

I will conclude with words of wisdom from my father: “Never buy the whole package”. He was referring to people’s uncritical attachment to ideas and ideologies.

The same applies with IT systems. There is no package that will do the whole job. Just as you assemble a workplace team from a diversity of people, your IT systems will be assembled from diverse components.

Be deeply suspicious of any supplier who claims their system can do the whole job. Credential any new system as carefully as if you were appointing new members of staff. They must be productive, nice to work with, and worth paying a wage.

About the author: Roland Maxwell is an experienced IT/web specialist member of The Xfactor Collective, and creates web solutions for people involved in positive social and environmental change. 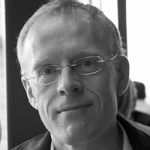 Roland Maxwell is an experienced IT/web specialist member of The Xfactor Collective.