Charities: Is trust in surplus or deficit?

24 February 2020 at 4:41 pm
Kristy Muir
Seeing another big financial commitment to charities for bushfire relief, just weeks after public support turned, says a lot about the trusting relationship between the public and our charities, writes Professor Kristy Muir.

Seeing another big financial commitment to charities for bushfire relief, just weeks after public support turned, says a lot about the trusting relationship between the public and our charities, writes Professor Kristy Muir.

Last weekend Australians and internationals opened their hearts and their wallets again during the Fire Aid Concert for bushfire relief. $2.35 million was raised for the Foundation for Rural and Regional Renewal (FRRR) “to help them support communities on the long road ahead by providing much-needed funding for locally identified needs throughout the recovery and rebuilding process”.

It’s both heart-warming and interesting to me that we’ve seen another big financial commitment by individuals and organisations to charities for bushfire relief. Heart-warming because it shows the collective spirit remains; interesting because it says something about the trusting relationship between the public and our charities.

The Oxford Dictionary defines trust as “the belief that somebody/something is good, sincere, honest, etc. and will not try to harm or trick you”.

And it is no surprise to anyone that charities are generally, and rightly, seen as performing better than businesses on the ethics front. So what went wrong with the negative perception of charities’ responses to the bushfire crisis? They were trusted to take and pass on our funds to help those in need who have been affected by the bushfires. The public support quickly turned though once there was a perception that this trust was breached.

Given the return to giving during the Fire Aid Concert, what’s going on here? How do charities build and rebuild trust and what might they need to be concerned about?

Starting with the last question, as a society, we should be worried about not just the trust deficit overall, but the record levels of trust inequality in Australia.

What is trust inequality?

Trust inequality is the difference between the level of trust between the informed public – those who are 25 to 64, have a university qualification, are in the top 25 per cent of household income for each age bracket, and report significant media consumption and engagement in public policy and business news –  and the mass population. In 2020, in Australia, there is a 23 point gap between the trust levels of the informed public and the mass population (68 per cent compared to 45 per cent respectively).

Australia is among eight other markets experiencing record levels of trust inequality (with Brazil, Italy, Germany, Ireland, France, Spain, and Russia). However, our 23 point difference (unproudly) gives us the number one ranking of the greatest trust inequality gap.

Perhaps this trust inequality gap has something to do with the popular reaction to the charities’ spending responses to the bushfire crisis. There was plenty of commentary in support of charities, but the public response was swift.

This is not dissimilar from the differences in the level of institutional trust of NGOs between the informed public (70 per cent) and the mass population (55 per cent).

In part, the trust inequality gap is explained by the other Edelman Trust Survey results. There is fear about economic prospects into the future. Only 32 per cent surveyed in Australia “believe they and their families will be better off in five years’ time” (down by 2 points) and 53 per cent fear “losing the respect and dignity I once enjoyed in this country”.

Globally, the trends show that a large share of people are worried about capitalism doing more harm than good (56 per cent) and 83 per cent are worried about job losses. We know that wage growth is down in Australia, underemployment is up and the precariousness of the workforce (for some) prevails.

With little discretionary income for many and fear about future economic certainty, it makes sense that people want to know their money is going where they intended.

The Edelman Trust report talks about trust being a combination of ethical behaviour – doing what is right – and competence – being efficient and effective. According to the 2020 survey results, charities (rightly) are seen as performing better on the ethics front and businesses are seen to perform better on the competency front.

Yet, in the example with the Australian Red Cross (and other charities) who were criticised for not spending money quickly enough and/or not communicating where that money has gone, to what effect and where it will go in the future, they breached both the perception of what was ethical and the perception of competence to handle that funding.

The use and future use of this funding has been well defended by the ARC both in social media and by journalists. What is still unsettling for me, however, is how quickly the broader public turned from collective support to individual fear about the misuse of funding and distrust of charitable institutions to responsibly expend the donations.

Most of our brains are hard-wired for a “default to truth”. While this might leave us open to deception, as Malcom Gladwell tells us in Talking to Strangers, “The bottom line is that civil society simply cannot function without default to truth”. We need inherent trust in society for society to function as we need it to. Without it, we wouldn’t drop our kids at childcare or school, put them into sporting teams with coaches and managers we do not know, and we wouldn’t speak with our neighbours or form friendships and support networks.

People gave (and are still giving) to the bushfire appeal because of a default to truth – they trusted those they were giving money to and for that money to be given to those who need it most. The ACNC and charities commissioner has reinforced that giving to registered charities provides increased likelihood of quality, accountability and transparency because of the rules and regulations required by the Charities Act, as overseen by the ACNC.

One of the main reasons the ACNC was set up in 2012 was to “maintain, protect and enhance public trust and confidence in the Australian non-profit sector” (see the three objects here). Eight years later, it appears that public trust wavered after this collective crisis. But trust, and the default to truth, returned over the weekend – at least for FRRR. So, it seems the issue isn’t giving money, but mismatched expectations about where that funding goes and how quickly. This includes expectations about “overheads” (the costs of running an organisation – staff, rent, transport, power and other bills etc) and who should fund them.

In part, maybe we are still stuck culturally with the idea that charities should use all of the funding we donate to go directly to the people they aim to serve. While this makes sense in terms of people’s desire to make the most difference with the dollars they have, the reality for charities is that without adequate overheads, they are unable to help the people they are there to serve. At worst, they could cause harm.

In addition to usual operating costs such as staffing, rent, and utility bills, charities need resources to put good governance, financial accountability, outcome measurement, quality controls, risk management and training in place. Further, charities face the same increasing “market force” challenges as businesses, especially as the human service sector becomes increasingly marketised. They need communications and marketing strategies to be able to advertise what they do and who they can help, and they need people who can write and apply for grant applications in a reality where tendering for work is the lifeblood of many organisations. Despite all this, the not-for-profit sector is still incredibly efficient. Of our 57,500 registered charities and not for profits in Australia, one in two have no paid staff and for every paid staff member, there are another three volunteers.

In the USA, a flat rate of 15 per cent is the norm for overheads and the vast majority report actual overheads above 20 per cent. The ACNC acknowledged that there is no one-size fits all ratio or percentage to apply because charities are varied. They operate for different purposes and different groups. In addition, research has found that the ratio of overheads is no measure of efficiency or effectiveness. We need the overheads to be efficient and effective, to have quality control, to attract good staff, and to be good employers. Of more concern is that minimising overhead expenses can be detrimental to an organisation’s mission and can put charities into cycles of starvation – where they neither have an impact nor are financially sustainable. Getting the balance right in regard to finance models for impact is a key challenge for those responsible for leading and governing charities.

What would it take to change the culture of permission around overheads for our charities so they can do their best work? What will it take for us to build and maintain trust for our charities to not only be effective for the purposes for which they exist, but to also be good employers, community citizens and great organisations that we want to fund, work or volunteer for and/or use? What would it take to fund for impact?

If trust is going to improve, we need governments and philanthropic foundations to recognise that charities have overheads which need to be funded; we need philanthropists who are willing to fund capacity building to make our charities strong; we need charities to measure and share the impact of their work; and we need the public to recognise that if charities spent every dollar going directly towards participants, we wouldn’t know that kids are going to be kept safe, that our mentors (and other staff and volunteers) were properly trained, and that organisations are delivering on the outcomes they promise. We need to rethink this in collaboration between sectors and society to find a trusted way forward.

In the meantime, it’s heartening that so much money was raised for the bushfire crisis and that our charities are at the forefront of improving people and communities’ lives who have been affected. 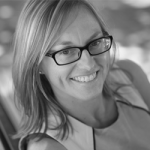 Professor Kristy Muir is the CEO of the Centre for Social Impact (CSI) and a professor of social policy at UNSW Sydney Business School.