Move over “OK, boomer”. As climate anxiety bears down, it’s Gen X who need to turn their eco-friendly values into action – or answer to increasingly disapproving and dismissive children, writes Rhod Ellis-Jones.

When I first heard the “OK boomer” catch-cry I laughed out loud. My immediate thought was, “yes, I am as tired as you are trying to talk sense into them”.

But, on reflection, my response and the phrase itself became deeply unsettling. Dismissal is a step past futility.

Jokes can break the tension; they allow us to bring the emotional state down while keeping the issues on the table. But, in this case, the basis of the joke is shutting the door – an end to engagement and discourse. Infinite division.

I know plenty of boomers who are environmentally conscious. In fact, it was visiting friends out in the environmental living zone around Kangaroo Ground that I learned – from their parents – how to live in harmony with nature. It was inspiring.

But those folks haven’t been able to influence their own generation, who couldn’t divorce environmentally sustainable living from the hippy fringe activism they can all tell you about, but largely avoided, in their youth.

I am a member of Gen X, that nihilistic, self-deprecating generation who, clad in ripped jeans and flannel shirts, wallowed a little too long in our rejection of… not quite sure. I can only say that nowadays I listen to the Rolling Stones and Prince more than Nirvana or Pearl Jam. I like feeling good about myself.

But I can’t feel good when I watch the young scream for help and move to the point of dismissal, while the boomers shout back, equally dismissive of activists like Greta Thunberg, while conservative cheerleaders publish comments such as “I have never seen a girl so young and with so many mental disorders treated by so many adults as a guru”. Getting personal is the last desperate tactic of the irrelevant.

So, I ask myself, “Gen X, where the bloody hell are you?”

Firstly, we were the first generation to be taught about environmental sustainability from a young age – that’s recycling and land management to global warming. We learned at school and university. And it has been a constant theme in our lives.

Secondly, through the natural process of upward mobility in business, government and community organisations, we are suddenly finding ourselves in positions of power and influence. We are being handed the keys.

And, finally, many of us have kids. We know what intimate dependence feels like. Our kids won’t be in a position of influence in time to make the right decisions – for many, it will be far too late. We have to do it for them. The dependence goes way beyond food and shelter. It is an extreme level of responsibility boomers never knew.

I have to be honest, right now it feels like mine is the silent generation. Silently complicit, as the climate change inertia has turned action into wet cement, about to harden.

We’re at this dangerous inflection point at which leading politicians are persuading us, with comforting economic succour, that it’s all ok – we’re gently moving from mitigation to adaptation. Please keep (sleep) walking. Yes, things are going to burn more, but you can feel safe in the fortress we will build for you.

And we are silent.

I know the mid-life yearn for financial security, and the difficulty of breaking habits. I have well over a decade of data about beliefs, attitudes and cognitive biases sitting in our company’s archives. I see myself in that data.

It’s not in human nature to move out from the crowd. We’re programmed to conform to the group(s) to which we belong. That’s how social norms work, the unwritten rules we know to follow. Sometimes this means we might have an opinion, but we won’t express or act on it unless we think enough will follow. It’s called groupthink – the practice of thinking as a group, resulting in unchallenged, poor-quality decision-making.

First, some courage. Today, in Australia, 72 per cent of us rate climate change as a problem for us personally. And, for the first time, in January this year, the environment was ranked the top concern for Australians, ahead of the economy and health. You are not alone; you will not act alone.

It’s time to plan and act – to make positive changes to the way we live, work and spend.

Fortunately, it’s surprisingly easy to reconfigure your life to reduce your environmental footprint. Solar power, composting, electric vehicles, efficient appliances, smaller homes, local holidays – these are all things most of us can do within a few years and with no economic pain.

It’s a bit braver, but invigorating nonetheless, to start speaking some truths at the footy club, on social and on the street. To say where you stand, and why. To share your opinion in the way that you are most comfortable.

But, actually, the most critically important place to do something is in the workplace. Workplaces are the new village. They are one of the few institutions we still trust. Studies increasingly reveal that we want our employers to speak out on important social issues and take action in ways that are profitable and meaningful.

If you are in a management or leadership role and you are not talking near-term change then you are not serious. And you are at risk. 74 per cent of your employees think that you should be taking the lead on change.

The January Ipsos Issues poll, which tracks the top issues facing Australians, revealed that more boomers (42 per cent) are concerned about the environment than Gen Xers (37 per cent). Does that resonate?

Because “OK Gen X” is just around the corner. And that will be your kids dismissing you. 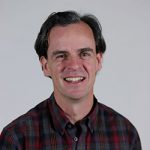 Rhod Ellis-Jones is the principal of Ellis Jones, and the founder of the Shared Value Project.

On top of drastic emissions cuts, IPCC finds large-scale CO₂ removal from air will be 'essential' to meeting targets

Billions of dollars and a lost opportunity for the climate