Thinking with heart and getting smart

25 February 2020 at 8:03 am
Caroline Hawkins
Caroline Hawkins from One Girl discusses changing the fundraising landscape to keep up with a new appetite for solution-focused giving.

Caroline Hawkins from One Girl discusses changing the fundraising landscape to keep up with a new appetite for solution-focused giving.

Do you let your head or your heart drive your decision when you make a donation to a charity?

When I started out in the fundraising sector, I was taught that emotional, needs-based messaging when communicating with donors was the most effective formula. I thought we should only be showing negative, desperate situations because that’s what would pull on donors’ heartstrings and inspire them to give… that they would use their hearts to decide.

As a sector, we rely on donors being emotionally driven – because why else would they take action or donate, if they can’t see a real need for their support? But when it comes to head versus heart, I think the argument is fundamentally flawed. It’s impossible to take the emotion out of something like altruism because at its core, it’s about love. What I do question is whether it’s the motivations behind those emotional responses that are changing.

At one time, we were flooded with images of devastation and pain which drove people to donate. But now, I think people are looking for something more. Perhaps a solution? An emotional and rational response that is inspired by images and stories of success that provide an even more powerful emotional response: hope. They’re looking ahead at how their donation can create a more sustainable future in the long run.

The sector is certainly changing, and I’m excited by this. Here in Australia, we have had a devastating summer, with horrific bushfires and, more lately, flooding. And help is still pouring in. Whichever motivation is inspiring their decisions, what’s certain is that more and more people have begun to look forward, and are thinking about what they can do to reverse the effects of global warming on our vulnerable planet.

Since starting at One Girl, my eyes have been opened to the intrinsic link between climate change and girls’ education. The more girls who receive a quality education, the bigger the impact on reducing global warming and the climate disaster we are facing.

Why? The answer lies in the choices a girl will make as a result. When a girl is educated, she is less likely to be forced to marry against her will, and if she chooses to start a family, she will have fewer and healthier children and be better equipped to manage her reproductive health. A planet where families are smaller means less competition for natural resources, and, as a result, a reduction in carbon emissions.

Further to this, a child born to an educated mother will be more prepared for natural disasters, know how to cope with them or even how to prevent the level of devastation they can cause.

It’s not an obvious link, educating girls as a climate solution. But it’s one we’ll be focusing a lot more on, especially since behind refrigerant management, onshore wind turbines, reduction of food waste, adopting a plant-rich diet and creating more tropical forests, educating girls and family planning come in at the sixth and seventh most effective solutions to global warming.

Even better, when you put those two things together, they add up to an equivalent of more than 102 gigatonnes of atmospheric CO2-EQ reductions, making the education and empowerment of women and girls the most effective thing we can do reduce emissions.

We’ve all seen firsthand the enormous response that the climate crisis has elicited from millions all around the world. And this is not an immediate problem, it’s a slow burn and one that’s only going to get worse. But people are listening, they are responding, they are acting. On a global scale, people are smarter about taking positive social action than we’ve ever been before and they aren’t afraid to be emotional about it.

Perhaps this was why I was drawn to One Girl in the first place; because the narrative isn’t about vulnerable girls – it’s about empowered women. We’re not afraid to be emotional about it, but that tug at the emotional heartstrings doesn’t need to fear-monger.

Last year we held a supporter night and shared a video from a recent trip to visit our programs in action. There was not a dry eye in the house – and that’s not because the video showed devastation or pain – but because it showed girls who had hope for the future; girls who were receiving an education, and sharing that knowledge amongst their families and communities.

It elicited an emotional response alright. Showing nothing but smiling faces, we had a room full of faces smiling back at us. 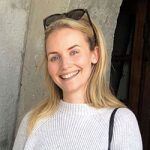 Caroline Hawkins is the fundraising director at One Girl and is a passionate advocate for the empowerment of girls and their communities around the world.

Donor trust: Hard to get, easy to lose