Do we spend now, or spend later?

18 March 2020 at 6:54 pm
Brenton Cox
The Xfactor Collective finance and accounting specialist Brenton Cox answers a common question on the tip of everyone’s tongue, as we make our way through uncertain times.

The Xfactor Collective finance and accounting specialist Brenton Cox answers a common question on the tip of everyone’s tongue, as we make our way through uncertain times.

According to the ACNC Australian Charities Report for 2017, the combined net assets (total assets less total liabilities) of all Australian charities amounted to a whopping $213 billion. A large chunk of this was held in the form of property and other fixed assets but a healthy proportion of cash savings, shares and other investments were also part of the mix.

If truth be told, we’re facing monsoon conditions right now. Australia’s “Black Summer” of fires burnt through an estimated 18.6 million hectares (as of 9 March 2020, according to Wikipedia), killed 34 people, destroyed 2,779 homes and is estimated to have wiped out more than 1 billion animals. It’s a tragedy of epic proportions.

“In times like these, we expect our governments to act. We also expect our charities and not-for-profit organisations to rise to the challenge. There are needs to be met. There are safety nets to build.”

Whilst dealing with the aftermath of this, the Coronavirus has arrived unannounced on our doorstep, bringing serious implications for our public health system, economy and community at large.

Monsoon conditions or not, we’re definitely in turbulent waters.

In times like these, we expect our governments to act. We also expect our charities and not-for-profit organisations to rise to the challenge. There are needs to be met. There are safety nets to build.

There are messy situations to deal with and at the heart of it all, there are people to care for. The role that our not for profits play depends on their capacity to act and their willingness to quickly respond. Funds must always be spent wisely and in accordance with each organisation’s stated objectives but the key point to note is that the funds must be spent. It’s just a question of when.

The bushfires have driven an unprecedented upsurge in financial giving. The Kangaroo Island Wildlife Park, for example, posted a request on GoFundMe asking for $15,000 in donations to help fund their efforts to care for native wildlife, after the bushfires. At last check, their donation tally had reached a staggering $2.6 million. This is an extreme example but it feeds directly into a question that all not-for-profit boards must address, which is: spend now or spend later? The Wildlife Park is morally obligated to immediately fund its bushfire response efforts but when the ashes have settled and when the fauna have recovered, it is likely to have leftover funds. What happens then? Should they hold onto the money or spend it?

The “spend now or spend later” question is demonstrably answered, whether consciously or not. As the ACNC’s statistics show, some not for profits are sitting on a mountain of unspent wealth. I once worked with an organisation that had been operating for more than 60 years and its net assets (wealth) had progressively climbed to more than $38 million. They had a conservative, risk-averse culture and had always been prudently managed. There was an opportunity cost in this though. Whether or not the board were aware of it, they were choosing to overlook current-day needs in favour of saving for tomorrow. Largely, they were opting to spend later.

I dealt with another small charity that was facing the same “spend now or spend later” question but from a different perspective. They only had a modest balance of funds and they were about to lose a large government grant, that was crucial to how they were run. In their wisdom, the board decided to drawdown on some of the organisation’s funds and run a deficit budget for a year, in order to invest in new funding alternatives. It was a ballsy move and it was critical to the organisation’s future. Kudos to them.

In part, an organisation’s financial statements reveal how the “spend now or spend later” question is being answered but there’s a related question that often is unaddressed, which is: what level of accumulated funds is enough?

Ultimately there is no one, right answer to these sorts of questions and every organisation is certainly different. At board level though, it’s crucially important to be asking the questions. The value comes from the asking process itself and in using it as a gateway to further strategic discussions.

The ‘spend now or spend later’ question – Tips for boards

About the author: Brenton Cox is a specialist business member of The Xfactor Collective, who is a CPA that specialises in working with not for profits, charities and social enterprises with expertise in start-up work, governance matters, sector technical advice, accounting/finance work and compliance/legal matters. 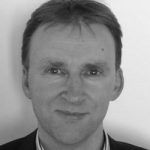 Brenton Cox is a specialist business member of The Xfactor Collective and CPA that specialises in working with not for profits, charities and social enterprises.

Is winding up on your board’s agenda? Maybe it should be.