We all contributed to the bullying of Quaden Bayles

3 March 2020 at 8:29 am
Stephanie Gotlib
Nine-year-old Quaden Bayles gained global fame in a viral video after he was bullied at school for his dwarfism. Disability advocate Stephanie Gotlib writes it is the attitudes and actions of our community that perpetuate this discrimination, abuse and low expectations experienced by children with disability.

Print
We all contributed to the bullying of Quaden Bayles
3 March 2020 at 8:29 am

Nine-year-old Quaden Bayles gained global fame in a viral video after he was bullied at school for his dwarfism. Disability advocate Stephanie Gotlib writes it is the attitudes and actions of our community that perpetuate this discrimination, abuse and low expectations experienced by children with disability.

Australia and others around the world were rightly saddened and disgusted by the bullying of Quaden Bayles. Fundraising for him and his family to have a trip to Disneyland was a kind and heartfelt response. But a holiday was never going to be the life-changing response needed. His family have said “no thanks” to the holiday and requested the donated funds be redirected to not-for-profit organisations who work in related areas to rightly address the broader systemic issues. It is long overdue that we reflect on our own attitudes and systems which perpetuate the abuse and discrimination of people with disability.

The bullying of children with disability at school is not a new or uncommon occurrence. For years children and families have been speaking out about experiences and the profound impact this has, including suicide ideation and attempts. There has also been a range of publicly promoted surveys and research which reveal that approximately half of students with disability report being bullied at school. That is more than twice the rate of bullying that the general population of school-aged children experiences. Over the years we have had flashes of outrage at publicised incidents of bullying of children with disability, but it is still happening and frequently.

Disability should be viewed as a valued aspect of diversity that in turn enriches communities. It is a far cry from this view being a lived reality for people with disability in Australia today, despite the commitments and obligations we have as a country through being a signatory to the Convention on the Rights of Persons with Disabilities.

Look at the all-too-common references to people with disability which occur by public figures. There are endless incidents where sports people and prominent media personalities use disability to slur or as the butt of a joke. All you really need to do is attend a footy match and it is a sure bet you will hear the word “retard” used to degrade a player, umpire or spectator. An array of movies and television shows use disability slurs or quips. What messages does this behaviour send our children?

The attitudes and behaviour of adults influence how our children behave in school. Recently reported research revealed that just over half of people thought that children with disability should be educated in segregated settings. Additionally, one in five reported feeling uncomfortable with their child sharing a classroom with a child with a significant disability. This is particularly gobsmacking given the evidence is clear that the best academic and social outcomes for students with and without disability are achieved through inclusive education.

Last week, there were absolutely horrific experiences of abuse shared at the hearings of the Royal Commission into Violence, Abuse, Neglect and Exploitation of People with Disability which focused on health care and people with intellectual disability. There were harrowing stories of the pain and suffering of people with disability being dismissed or ignored, and the value of their life questioned.

Evidence was presented to the royal commission that 400 Australians with intellectual disability will continue to die each year from potentially avoidable causes unless a neglectful health system is urgently fixed. So that is the avoidable death of eight people with disability each week. Again, these shameful situations have been occurring for many years as well as currently. Why isn’t the community voicing its alarm? The lack of response is a reflection of the inherent diminished value placed on people with disability by our community.

The attitudes and actions of our community and our systems perpetuate the constant discrimination, abuse and low expectations routinely experienced by children with disability growing up in Australia. We deeply discriminate against people with disability constantly and across all life areas. For some it is intentional behaviour and others it is an unconscious bias.

So the offer of a trip to Disneyland was a positive message to Quaden that people can be kind. But, if we are serious about stopping the bullying and enabling him to have a safe and valued life we all need to do much more than shout him a holiday. 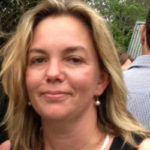 Stephanie Gotlib is a widely respected disability advocate with more than 25 years of experience. Stephanie was the chief executive officer of Children and Young People with Disability Australia (CYDA) from 2009 to 2019.

Shorten answers question of ‘what’s next’ for the NDIS