COVID-19 and the Pacific: A race against time

21 April 2020 at 4:56 pm
Mat Tinkler
While you sit at home flicking between Netflix and the transfixing flattening of Australia’s corona curve, spare a thought for your neighbours in the Pacific, writes Mat Tinkler, deputy CEO of Save the Children Australia.

While you sit at home flicking between Netflix and the transfixing flattening of Australia’s corona curve, spare a thought for your neighbours in the Pacific, writes Mat Tinkler, deputy CEO of Save the Children Australia.

Eight Pacific Islands nations made the global list of the 24 countries that are least ready for a pandemic. Self-isolation, social distancing and Netflix are all luxuries most can’t afford despite the still rising curves of their COVID-19 infections.

Papua New Guinea, Fiji, Guam, French Polynesia and New Caledonia all have confirmed cases of COVID-19. Although borders are now closed across the region, it’s a matter of time before it spreads to other island states.

The remoteness and isolation of these island nations, which should be their salvation, is now the greatest complication when, ill-equipped and under-resourced, they try to tackle the pandemic as it reaches their shores.

The prime minister declared that Australia, along with New Zealand, would do, “everything we can to support our Pacific family” through the pandemic. It’s a critical acknowledgement of the magnitude of the challenge these nations face.

But while an important commitment, it’s worth noting that China – whose increased activity in the region prompted Australia’s much-vaunted Pacific “step-up” – has committed to supply Vanuatu with ventilators, test kits and other key items of equipment. The symbolism will not be lost on those with an interest in both the immediate response to this crisis as well as the longer-term geopolitical and economic fallout.

Today these countries suffer from what may become a lethal combination in the weeks and months ahead: existing vulnerabilities combined with health systems that aren’t strong enough to cope with a pandemic. The latest modelling by London’s Imperial College paints a grim picture for nations that, unlike Australia, do not enjoy the benefits of a strong health system and robust economy. While the modelling forecasts potential death rates from COVID-19 at horrific levels in Africa and South Asia, the same conclusions could readily be drawn of Pacific nations, most of whom suffer very similar disadvantages.

In Papua New Guinea, almost half of all children suffer from the impacts of malnutrition and stunting. Most children aren’t immunised, and PNG has already seen measles and polio outbreaks at scale. According to the World Health Organisation, about 40 per cent of the region’s population of almost 10 million people have been diagnosed with a noncommunicable disease, notably cardiovascular disease, diabetes and hypertension. The risks of COVID-19 to those diagnosed with these conditions are grave.

In the Solomon Islands, only a handful of respirators are available and there are no intensive care units. There’s no capability to test for COVID-19 in-country. Even where this exists elsewhere in the region, the limited testing capacity will be quickly overwhelmed.

Vanuatu, so reliant on its tourism industry, could see the gathering of a perfect health, economic and social storm, as rising unemployment leads to even more pronounced levels of social disadvantage.

Such national capability as exists in the Pacific is often supported by Australian and other international expertise. Yet, as Australia and other nations have closed their borders, there’s been an exodus of expatriate staff from embassies, aid programs, private firms and NGOs.

There’s no criticism of the choices that individuals have made or were forced to make. I’ve watched as many of my own anguished staff have made difficult decisions on whether to “stay or go”.

Some have existing vulnerabilities, young children or family members who need support. The prospect of spending six months or more away from their families at such a critical time in human history is enough to make even the most hardened humanitarian think twice.

Staff and governments are also concerned about the prospect of looting and lawlessness. PNG, Vanuatu and the Solomon Islands have all declared states of emergency; PNG defining the crisis as a national security issue, with the police and military called in to maintain law and order. In Solomon Islands, most public servants have been repatriated with their families to their home provinces, leaving a skeleton staff to run essential services, while memories linger of the violent civil unrest that led to Australia’s celebrated intervention in 2003, the Regional Assistance Mission Solomon Islands (RAMSI), which only officially drew to a close in 2017.

And, as is the case anywhere, when the going gets tough it’s the most vulnerable who suffer the most, especially children. While the expert jury is out as to how susceptible children are to the virus itself, there’s no doubt the actions of governments have the potential to heighten risks to children and impact on their lives forever.

Internationally, there are around 1.2 billion children out of school already as a result of COVID-19. Schools across the Pacific are closing or have already closed. From our experience responding to emergencies we know two things for sure: when we ask children what they want most in a crisis, it’s almost always schooling; and when we lose a child from the education system, there’s a real risk of losing them forever.

Emergencies like this one render the most vulnerable children even more so. Those living in poverty, displaced through war, drought, disaster and now disease are often already on the precipice and so are at risk of even greater harm. When children are removed from the structure and normality of their daily routine, they become more vulnerable to harm and abuse.

In the Pacific, where violence against women and children is almost endemic, keeping “eyes on the child” is critical to their wellbeing and safety. Crises, be they a pandemic or a disaster, can make this task significantly harder.

At Save the Children, like others we’re working around the clock in the Pacific to get ahead of this virus. We’re promoting hand washing and hygiene, distributing soap and hand sanitiser to children and communities that need it. Frontline staff are putting measures in place to mitigate the risk to children and their families and to ensure, where possible, our services can continue.

We’re shifting to the use of virtual platforms and alternatives to face-to-face engagement where the technology will allow to provide continuity of learning to vulnerable children. But for many in the region, a lack of access to electricity – let alone a stable internet connection – makes a virtual life virtually impossible.

There’s a real risk that the crisis for Australia at home will overwhelm our appetite to support our Pacific family. The Morrison government has worked hard in recent years to pivot its aid program towards the Pacific but much of it has focused on infrastructure spending while real levels of investment in health has declined.

Yet we know the long-term benefits of investing in the health systems of our regional neighbours not only makes them less susceptible to health emergencies, but increases the security of all Pacific countries, including Australia.

We can only hope that the lessons we are learning by the hour in Australia can be applied in the Pacific and that with our support, Pacific Island nations can emerge from this crisis intact. 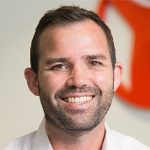 Mat Tinkler is deputy CEO of Save the Children Australia.