Structural re-organisation of the economy is happening. Patterns that are established now matter.

Print
Structural re-organisation of the economy is happening. Patterns that are established now matter.
15 April 2020 at 6:38 pm

Dhakshayini Sooriyakumaran reflects on how global disruptions pave the way for new systems to take hold and questions who we should look to to design the new economic paradigm.

How incredible was Angela Davis’ and Naomi Klein’s recent teach-in about movement building in the time of coronavirus? During this, it struck me that many of the world’s leading thinkers have a common assessment of the current situation; “the pandemic is a portal” (to use the words of Arundhati Roy) to a new world.

“The coronavirus has struck hardest – thus far – in the richest, most powerful nations of the world, bringing the engine of capitalism to a juddering halt. Temporarily perhaps, but at least long enough for us to examine its parts, make an assessment and decide whether we want to help fix it, or look for a better engine… Our minds are still racing back and forth, longing for a return to ‘normality’. But the rupture exists. And in the midst of this terrible despair, it offers us a chance to rethink the doomsday machine we have built for ourselves. Historically, pandemics have forced humans to break with the past and imagine their world anew. This one is no different. It is a portal, a gateway between one world and the next.

“We can choose to walk through it, dragging the carcasses of our prejudice and hatred, our avarice, our data banks and dead ideas, our dead rivers and smoky skies behind us. Or we can walk through it lightly, with little luggage, ready to imagine another world. And ready to fight for it.” – Arundhati Roy

One useful and simple framework for understanding the change we are living through is the adaptive cycle (shown in the figure below). This framework was developed to model natural patterns of change in complex living systems. There are four phases: release (Ω); reorganisation (α); growth (r); and conservation (K). The most important part of the loop is at the inflection between the “release” phase and the “reorganisation” phase (i.e. The Chaos Point) where opportunity for creative change is highest.

Following this logic means that major changes (i.e. breakthroughs) take place after major disruption (e.g. societal and economic breakdown due to a pandemic).

Global “breakdowns” (or disruptions), such as industrial revolutions and wars paved the way for new systems to take hold (with mixed results):

In their teach-in, Angela Davis and Naomi Klein described how under the cover of crisis, corporations and governments are pushing forward predatory ideas that more deeply entrench structural inequities. Examples of these are, suspension of environmental regulation, taxes on financial regulation, corporate bailouts, expanded emergency powers that will likely outlive the emergency etc.

It is clear that in times of crisis, impossible ideas suddenly become possible. Davis’ and Klein’s call to action for us was – what are the bold progressive ideas that we will make possible? Those working on releasing people from immigration detention and prisons, housing the homeless, and worker strikes, rent and mortgage moratoriums are already leading the way.

Elites embedded deep within the system not only have no incentive to challenge the status quo; they also do not have the mental models and lived experiences to imagine vastly different possibilities. If we follow the current largely white, elite leaders of not for profits, foundations, consultants, business leaders who take up the so-called “progressive space” we will pursue a program of incrementalism and miss this unique opportunity for radical transformation. I have previously written about dismantling progressive white supremacy, but this is simply not possible in the time we have.

So who should we look to to design, experiment and define the new economic paradigm? We need to follow the leadership, and grow the resources and influence of those who are structurally marginalised and oppressed. This means supporting collectives of precious workers, unemployed people, undocumented migrants, First Nations communities, and global South-South collaborations.

We may not be able to completely rewrite capitalism but new systems will emerge from the rubble of Covid-19 – how will we prioritise liberation and justice? 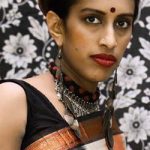 Dhakshayini Sooriyakumaran is a PhD candidate at the School of Regulation and Global Governance (RegNet) examining how algorithmic governance and digital identification systems operate in border policing and social welfare.