13 May 2020 at 9:30 am
Deanne Weir
There are choices to be made about what we will prioritise after COVID-19, writes Deanne Weir, who shares some questions to ask as we contemplate the world post the pandemic.

There are choices to be made about what we will prioritise after COVID-19, writes Deanne Weir, who shares some questions to ask as we contemplate the world post the pandemic.

The race is on to influence our governments on post COVID-19 crisis reforms to reset the economy. Luckily, many lobby groups happen to have those reform proposals sitting in the bottom drawer, ready to push out. But as Laura Tingle rightly points out in a thoughtful weekend article, maybe before we start grabbing at pre-existing proposals developed for the world as it was, we might want to first stop and frame some questions to ask about the world as it could be.

Major societal upheavals are often an opportunity to reset the shared understanding of the “social contract” that forms the basis of any community, outlining how we balance mutual rights and obligations between the state and society. The COVID-19 crisis must be such an opportunity for Australia. This crisis is changing us, economically, socially and politically, so there is no “snapping back” to what was: that would be such a wasted opportunity. Instead, we have a unique moment to re-examine what sort of society we want to be, to articulate what it would mean to be a thriving healthy democracy that is supported by an economy that works for everyone.

The sheer magnitude of this crisis means that there are many choices to be made about restructuring the economy, about what we will value, and what we will prioritise. Our leaders have already made some of those decisions in the context of dealing with the pandemic, surprising some perhaps by the extent to which they were prepared to put people first. Decisions that had previously seemed impossible, such as a living wage for those on unemployment benefits, were made overnight. Compassion and common sense ruled the day, not ideology. Could it be that as we contemplate the world post the pandemic, we have a chance to acknowledge we live in a society, not an economy, and on a planet that does not have infinite resources. As suggested by economist Kate Raworth, could we take as a starting point that we want an economy that is regenerative and distributive by design?

If so, here are some suggested questions to start with:

What have we learned from this crisis?

At the very least we have learned that the financial compensation for some roles in our society is way out of whack with the actual value delivered by the people who perform those roles. Teachers, medical workers, food service, retail and delivery service staff, just to name a few, are often vulnerable gig economy or low wage workers, yet they have been on the front line of this crisis. Many of these roles are performed by women, who also suffer from the gender pay gap. We have seen the evidence. Do our priorities still make sense? Will we apply a gender lens as we examine policy responses?

What is the framework in which the relationship with our government is assessed?

At some point governments went from thinking of us as citizens to viewing us as clients or customers. These are very different lenses through which to view that relationship. In particular, the very notion of citizenry draws us into a circle where there are mutual obligations between all citizens, with governments acting as our collective representatives to implement policies and solutions that are fair and equitable. As noted in a recent Financial Times op-ed, “To demand a collective sacrifice we must offer a social contract that benefits everyone”.

How do we measure a successful society that is supported by the social contract?

Our response to this crisis has shown us that we are not prepared to just look at the world through an economic lens: so why are our key measurement tools, such as GDP or debt and deficit numbers, so economically focused?

How do we generate the levels of trust needed to secure society-wide commitment?

Transparency of government decision making is critical. A decline in transparency over recent years has contributed to a decline in public trust. Decisions to make public material such as COVID-19 related modelling, and the source code of the COVIDSafe app could help to rebuild that trust, but there is much more to do across media and government.

What is the level of safety net that is a base assumption of the social contract?

Will the advent of mass unemployment and the evidence of vulnerability in our economy result in greater empathy for anyone exposed to job insecurity? If so, will we rally around the campaign to “Retain the Rate” for Jobseeker at a living wage level, and remove the inherent bias within the structure of the welfare system that discriminates against carers, particularly impacting single parents and older women? And what of people with disability? Can we avoid them being disproportionately impacted by a shrinking labour market?

What sort of a tax regime needs to support a practical social contract in a globalised, digital economy?

The OECD is working on a new proposal for global tax rules: can this be decided on and incorporated quickly? The current global tax system was devised in 1920 by the League of Nations. Will we reconsider the elements of our domestic tax system that favour those who have over those who do not? Will we reset the balance between the taxing of income versus capital to deliver more equitable outcomes? Corporations and the underlying market economy system are critical components of our society, but they are not an end in themselves. Do we need more evidence to show that the “trickle down” theories of previous decades have not worked?

And if we can be more redistributive, can we also be more regenerative?

COVID-19 has seen policy makers accept scientific and expert advice, actioning urgent changes that were previously considered “not possible”. As we frame a new social contract, how do we address the threat posed by the climate emergency, and the many, many opportunities in front of us to make choices to build a greener, more sustainable future? If experts are the new black, how do they help us be the new green?

And finally, how can we even imagine a new social contract for Australia without plotting a clear path to voice, treaty, truth, and hearing our First Nations People?

The lasting impact of the pandemic is still unclear, but no area of our society, culture, economy, or our health, education or political systems will be untouched. This isn’t the time for yesterday’s solutions, it is time to negotiate our future.

This article first appeared on WeirAnderson.com 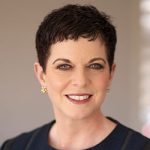 Deanne Weir is a former media lawyer and executive turned producer, investor and company director. Her company WeirAnderson.com invests in entrepreneurs and storytellers to help them change the world.