Print
Sleeping giants: Generating impact in place through anchor investment
5 May 2020 at 4:31 pm

Anchor collaboratives could provoke a deeper and much more engaged future for place-based impact investment, write Professor Ingrid Burkett and Professor of Practice Alex Hannant, as part of a series of impact investment provocations.

In our first provocation we focused on how equity crowdfunding could both democratise and grow the transformational potential of impact investment. Impact investment in Australia has consistently cited a goal to shift entrenched disadvantage in particular communities or amongst certain groups. With this in mind, the idea of place-based impact investment has been canvassed a number of times in the last decade, and has been examined for application in Australia by one of the current authors. It is this which is the basis for our second provocation.

The value of placed-based investment in addressing disadvantage has also been evidenced by 2019 Nobel Economic Prize winners Abjijit V. Banerjee and Esther Duflo.

However, the practice and the policy needed to make this happen has not developed substantially over the past decade – for two key reasons:

In this provocation we explore the market-making potential of anchor institutions and, importantly, anchor collaboratives, and suggest that these entities could help us move from idea to action in relation to place-based impact investment in Australia.

Figure 1: The different ways in which anchor institutions can support the places and communities in which they operate – based on Slay.

What are anchor institutions and collaborations?

To clarify the jargon, “anchors” are organisations and institutions based in a place – whether that be a suburb, town, city or region – for the long term, with a mission or purpose that is tightly connected to that place. They are significant because they are among the largest employers and spenders in that place, and can align their resources e.g. HR, estates, construction, facilities, financial assets, procurement, to benefit the community in which they are anchored, beyond their core services (see figure 1). Anchor organisations can be local governments, universities, colleges, health providers, arts centres, museums, foundations, sports clubs, transport providers, and so on.

Anchor collaboratives are networks of local anchor institutions that work together to align their collective resources to benefit the place they are anchored in, usually through formalised alliances and strategies. Like much “new economies” work gaining traction at the moment, the practice of anchor collaboratives is not new. However, what is new is how such collaboratives move the practice of local economic development from the implicit and informal to the explicit and intentional, and as a result we are seeing a growth in incidence and impact of such initiatives.

Anchor collaboratives bring together large employers – often health care and higher education institutions – along with local organisations and residents to identify, design and improve the economic ecosystem so that local residents and businesses can tap into needed resources over the long term.

The multiple and intersecting ways in which anchor collaboratives can significantly influence investment, procurement, employment and local economic development through intentionally and proactively using their existing resources is beginning to be recognised in terms of its transformational potential. Mainstream financial markets often illustrate their disregard for people and places – boasting about their capacity to benefit investors because the investments are decoupled from place and transcend people’s wellbeing. In contrast, economies that are rooted in place – where the health of capital is intimately tied to the health of the local economy  – is what characterises the mutuality and directness of benefits that lie at the heart of anchor collaboratives.

Figure 2: The ‘impact multiplier effect’ of investing in place: of place-based impact investment.

The expenditure of institutions such as universities in Australia is around $37 billion per annum according to TEQSA, with 10 per cent of this being capital expenditure (CAPEX).

Some of these institutions are rooted in regions where they are among the largest economic contributors. And then when they join with other institutions such as hospitals (public and private), local governments, TAFE and utilities, it becomes clear that the scale of spend, investment and employment has real potential for shifting outcomes in place.

In terms of developing markets for social procurement and a pipeline of opportunities for placed-based impact investment, anchor institutions (and collaboratives) have huge potential.

Universities and hospitals are, perhaps, less obvious protagonists of impact investment than banks and financiers, but they have a ready alignment on public purpose, a direct interest in the socio-economic health of places, offer significant market making potential and physical assets, and also have considerable balance sheet capacity. Individually and as collectives, anchors have the capacity to be facilitators of local and regional impact economies – and a significant opportunity, within the context of growing impact finance in Australia, is to unlock this potential.

At Griffith University, we’re currently looking to mobilise the university’s anchor potential, and explore an anchor collaborative around one of our campus sites. We are looking to capitalise on the potential multiplier effects that could be grown in place that could benefit not only the community in which we work, but also our students and staff.

This work is beginning by:

We are exploring the potential of an “impact multiplier effect” that could make the university an integral part of this, contributing to positive outcomes in this community for generations to come (see figure 2).

Figure 3: Calculation of potential impact for a $60 million project, of which $10 million was sought through impact investment.

From recent experience, the concept of anchor collaboratives is an idea that quickly gains traction and broad support when communicated well. Given the tangible benefits that anchor strategies can deliver, especially in the context of place-based development, it brings into play new strategies and stakeholder groups to grow impact investment, and another angle to engage different agencies and levels of government.

The potential of anchor strategies could be further amplified by:

Like equity crowdfunding connects customers, communities, and innovators horizontally at a micro-level, anchor collaboratives facilitate bottom-up growth of community wealth from the meso-level. These horizontal, or distributed approaches lend themselves to being inclusive and generative, expanding participation in both investment and production.

This creates the possibility of systems transformation, rather than being limited to tackling specific issues and “deficits” through top-down approaches. They are complementary to conventional investment approaches, and ensuring they are recognised in national / whole of market (meta-level) development strategies enhances the overall potential, potency, and applications of impact finance.

This article is part of seven provocations from The Yunus Centre which aim to promote dialogue, and contribute to new thinking about the potential for transformational impact investment in Australia, New Zealand and the wider Asia Pacific region.

The purpose in the “We need to talk about Impact…” series is to ask some of the hard questions to interrogate how we can reshape impact investment to ensure that we are actually transforming outcomes for people, places and the planet. 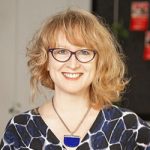 Professor Ingrid Burkett is co-director of The Yunus Centre at Griffith University. 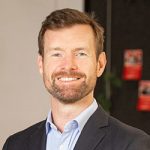 Professor of Practice Alex Hannant is co-director of The Yunus Centre at Griffith University.

More than a zero sum game: Gender lens investing means we all do better.

$7.6M going to help kids in Tasmania through payment-by-outcomes investment