Charities get bigger, not stronger

3 June 2020 at 5:35 pm
David Knowles
A focus on revenue overlooks the reality that charities are often hamstrung when it comes to juggling their finances, writes David Knowles.

A focus on revenue overlooks the reality that charities are often hamstrung when it comes to juggling their finances, writes David Knowles.

The way we think about charities is dead wrong. So said Dan Pallotta in his 2013 TED talk. But what was he talking about? He was talking about how we handicap charities financially then blame them for underperforming. He was explaining how we keep them on a starvation diet and how our false beliefs cruel their best efforts. And most of all, he was telling us that if we want charities to succeed, we have to understand how they work.

I was reminded of Pallotta’s much-watched talk when reading the ACNCs freshly-minted Australian Charities Report 2018, which headlined an increase in revenue earned across more than 48,000 Australian charities. This increase is a good thing of course – and one we are likely to look back on wistfully in a year or so – but we shouldn’t assume that an increase in revenue means a stronger charity sector. In fact, that would be a mistake.

It has to be said that an increase in charity revenue does not necessarily equate to an increase in strength. Indeed, a focus on revenue overlooks the reality that charities are often hamstrung when it comes to spending money.

Revenue is expected to be spent, pronto, and, unlike for-profit businesses, charities aren’t rewarded for being well capitalised. Holding revenue to strengthen a charity or using it for a different purpose is frowned upon. In addition, revenue often comes with very tight strings attached. Government funding, at 47 per cent of total sector revenue, is a good example of inflexible funding and funding that may not even cover the true cost of service delivery.

And while it’s true that some charities are lucky enough to have assets as well as income, often these assets produce no income themselves and can’t be accessed easily because they are essential for operations. To illustrate this point, the last Australian Bureau of Statistics report revealed 66 per cent of all non-profit assets were tied up in property, plant and equipment.

In short, there is a problem in the way we think about charity finances. And what is the root cause of this problem? The answer is what I will simply call ignorance. The sad fact is the vast majority of potential funders, partners and donors in Australia – and around the world – do not understand how charities operate. When assessing and comparing charities, they are drawn to simple concepts like revenue and expenditure, but it’s not that simple and ignorance blinds us to the reality of life in the charity sector. When people focus on the wrong things, they begin to believe charities either don’t deserve their money, don’t need their money or aren’t spending their money well, regardless of the truth. Ignorance cripples the capacity of the charity sector in Australia.

By way of example, let’s say you run a soup kitchen and I give you $1,000. I don’t understand how to run a soup kitchen but I expect you to manage it without paying yourself. You know you need to train someone to serve meals, but I tell you you can only spend my $1,000 on soup. You already have plenty of soup, so now you can’t spend my money and you can’t serve soup. You hold my $1,000 for six months, until you need more soup and spend your time searching for someone who will pay for staff training. Before you can buy the soup, I post a complaint on your social media account. I have heard your soup kitchen sat on my money and withheld it from the needy. You then report that revenue has gone up by $1,000 and this shows up in your public accounts as unspent money. You are seen as financially better off, but bad at helping the needy. You would like to explain yourself, but you have a soup kitchen to run.

Why does all of this matter? Because a vibrant, robust charity sector is essential to Australia and its people. And not just socially, culturally and environmentally essential, but economically essential, given the sector’s contribution to GDP and the fact it employs 10 per cent of the Australian workforce.

The charity sector matters and charities are suffering in the wake of a global pandemic. Let us make sure they do not also suffer from a misconception that the charity sector was in rude health before it began.

Tackling misconceptions about the charity sector and its financial realities must be a team effort. If we want to unleash the sector’s full potential, major players must take responsibility for educating and enlightening donors, funders and partners and the general public. The education process begins with those whose opinions carry the most weight. At the federal level, the government can promote the importance of a new narrative via the National COVID-19 Coordination Commission’s newly-formed Charity, Philanthropy and Fundraising Advisory Group.

The ACNC can promote this narrative and reinforce it with comprehensive sector reporting. Educating may not seem like the work of a regulator, but it is surely consistent with the object of the ACNC Act to “maintain, protect and enhance public trust and confidence”. Major funders, corporate and private, can use their status to promote and share best practice, encourage their peers and educate the next generation of philanthropists. And finally charities themselves must play a part in this process.

As Dan Pallotta says, if charities are to thrive, they must reach potential supporters with honest and effective communication. 2020 is already a year to dispense with old ways and hit the reset button on how we do things. It must also be the year when Australian charities find the courage to explain their real needs with clarity and conviction. 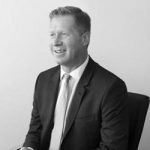 Superannuation – Upcoming changes to be aware of