Does COVID-19 force us to re-think the ‘Man Box rules’?

24 August 2020 at 6:15 pm
Matt Tyler
When disasters occur, we see people revert to gender stereotypes, writes Matt Tyler, who argues if we can reduce adherence to the “Man Box rules”, we will create a better community for men as well as the people in their lives.

When disasters occur, we see people revert to gender stereotypes, writes Matt Tyler, who argues if we can reduce adherence to the “Man Box rules”, we will create a better community for men as well as the people in their lives.

COVID-19 has generated a community crisis unprecedented in our generation. Unemployment is up and anxiety across our community is elevated. This is a difficult time for the entire community in terms of their mental health and well-being. The best available evidence also suggests an increase in family violence.

International and Australian evidence tells us that when disasters occur, we see people revert to gender stereotypes: men are strong and in control; women are nurturing.

Unfortunately, Jesuit Social Services’ The Men’s Project has found that too many men are constrained by rigid and stereotypical ideas about what it means to be “a real man”, and that this can have dangerous consequences for men themselves as well as the women and children in their lives.

We call these ideas the Man Box attitudes – the idea that men shouldn’t ask for help with their personal problems; that guys should act tough even if they feel nervous or scared; that men should bring home the money for the household, not women; that a gay guy is not a “real man”; that a “real man” should have as many sexual partners as he can; and that men should use violence to get respect if necessary.

These Man Box attitudes describe a set of social norms that boys learn at an early age and then carry with them through to adulthood.

Through our 2018 report The Man Box, based on a survey of 1,000 young Australian men aged 18 to 30, we found that young Australian men who believe in rigidly adhering to traditional masculine stereotypes like these are at higher risk of using and experiencing violence, engaging in risky drinking and reporting poorer levels of mental health.

Our follow up report Unpacking the Man Box, produced together with Dr Michael Flood and with funding from VicHealth, reveals that young Australian men’s belief in rigid masculine stereotypes has a stronger impact on whether they used violence, sexually harassed women, or experienced mental ill health compared to other factors in their lives.

It is clear that addressing these issues is more important now, during the COVID-19 pandemic, than ever before.

COVID-19 interacts with the Man Box attitudes in a myriad of ways, from help seeking to staying strong or being in control. Joblessness impacts upon mental health and also interacts with the pressure some men feel to be the breadwinner. With everyone spending more time at home, the consequences associated with men asserting aggression and control are particularly acute.

Let’s use this time to enable men and boys to break free from the Man Box, recognising the destructiveness of rigidly adhering to these masculine stereotypes and understanding how broad community expectations create individual challenges. Tragic events such as suicide and the use of violence, including against women, have underlying causes. The Man Box is not the whole story – but our research shows it’s likely to be a significant contributor.

In line with progress we’ve made on wearing seat belts or decreasing smoking rates, more can be done to increase public awareness of Man Box attitudes and their harmful impact. Paying attention to the nuances of specific contexts, communities and cultures will be crucial to this work being successful.

People who work with men and boys every day are crucial – teachers, social workers, faith leaders and sports coaches. These leaders across our communities need to be equipped with the knowledge, skills and confidence to create environments where men and boys have permission to challenge Man Box attitudes. If we “influence the influencers” we will make sustained progress on broadening the definition of what it means to be man. With the view to preventing the use of violence, mental ill-health and substance use, governments have a crucial role to play in this work.

If we can reduce adherence to the Man Box rules, we will create a better community for men as well as the people in their lives – including women and children. 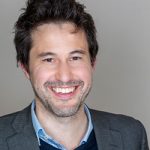 Matt Tyler is the executive director of The Men’s Project at Jesuit Social Services.