A pandemic, an economic crisis: What can foundations, philanthropists, and funders do?

10 September 2020 at 5:14 pm
Julia Unwin
This is the first in a global series of articles in which people all over the world will share and contextualise the role of foundations, philanthropists and funders in their own countries. Dame Julia Unwin kicks off the series with a perspective from the UK.

Print
A pandemic, an economic crisis: What can foundations, philanthropists, and funders do?
10 September 2020 at 5:14 pm

This is the first in a global series of articles in which people all over the world will share and contextualise the role of foundations, philanthropists and funders in their own countries. Dame Julia Unwin kicks off the series with a perspective from the UK.

We always knew that this would be a precarious time. Countless commentators in the last five years have predicted economic volatility, climate chaos, cyber attacks and yes, the risks of a pandemic. To believe that the public health crisis engulfing the world came out of a clear blue sky is to ignore the warnings, and the rehearsals. It is to disregard the increasing evidence that the edifice we call “our way of life” was built not on solid rock, but on quicksand.

Across the world COVID-19 is causing terrible damage. Here in the UK, we witness the devastation caused by thousands of deaths, the desperate grief of the families left behind and trauma and anxiety for entire communities. Not to mention the enormous damage caused to the economy as a result of months of lockdown.

The Social Innovation Exchange has long been interested in the way in which philanthropy deploys power, addresses power imbalances, and has committed to spending this year working with some of the leading foundations across the world to address questions of power.

These crises have only served to make this inquiry more urgent.

The repercussions of COVID-19 are immense and those charged with stewardship of big charitable endowment and grant making capacity have had to think fast and hard about their responses in a world turned upside down.

The immediate reaction has been impressive. Despite impossibly short notice, grant-makers have adapted their rules and regulations, allocated funds rapidly, made imaginative links and got cash out to the front line. They have demonstrated agility and responsiveness in challenging times.

And it is notable that many of the changes they have made in an emergency have also been ones that voluntary organisations have long been calling for – trust the recipients of the funding, make decisions quickly, relax onerous restrictions. Charities both large and small, civil society as a whole, universities and arts organisations have brought ingenuity, imagination and drive to meeting some of the many challenges caused by the COVID crisis and the consequent lockdown. The central importance of civil society in responding to the crisis, connecting people and organisations, advocating for those who might otherwise have been ignored, has been reaffirmed, as has the dependency of local government, the health service and indeed national governments on the operation of civil society. From the emergence of mutual aid, through to streamed theatre, specialist advice, advocacy and challenge – civil society has played its part.

But the crisis has also revealed how fragile some of our charitable business models are. It has shown starkly the very limited resources of so many organisations. Just as the lack of spare capacity in the NHS hobbled its ability to respond to any crisis, so civil society organisations working at full capacity found themselves short of the reserves and surpluses needed. Decades of emphasising efficiency, as opposed to capacity, have left us with precious little resilience, or flexibility. It’s worse for black and ethnic minority organisations. When we are warned by #CharitySoWhite that nine out of 10 black and minority ethnic organisations are about to cease trading, we know that we are facing a long-term crisis threatening the survival of the very organisations that will be crucial to recovery. This danger is by no means confined to smaller, newer organisations. Many of the voluntary organisations encouraged over the last 30 years to diversify their sources of income, increase their trading and behave in more entrepreneurial ways, have been particularly hard hit.

For foundations which deliver their mission through supporting civil society, all this is deeply worrying news. It will cause deep reflection and soul searching about the way in which the promoted business model has been revealed as so worryingly precarious. What do we need to do to make civil society more resilient, and more able to survive the inevitable shocks and crises that the next decade is sure to bring? What sort of re-building can philanthropy support that means we are never again faced with the catastrophe of closure when services are most necessary? And how can we make these changes both quickly and well?

Observing what is happening in the UK there seem to me to be a number of tensions emerging as we plan for an ever more uncertain future.

For some time now, foundations have been urged to shift their support to new and emerging groups and networks and to break the habit of supporting the established, proven institutions of civil society. Many have taken steps in this direction, recognising that such support is an important part of their purpose. But as we rebuild after the immediate crisis, it is clear that stabilising funding is essential to enable organisations to survive and could be the difference between closure and continued operation.

If this is not done, there is a real risk that some of our most important pillars will be lost, and along with it we will lose knowledge, maturity and history. But if stabilising becomes the overwhelming priority, the door may well be closed to the new and emergent organisations, the networks and movements which are so vital for the success, health and vitality of society. Philanthropy will need to find ways of supporting both – for example, by encouraging connections between established organisations and new start-ups – if we are to “build back better”. As Civil Society Futures found, the lack of connections within civil society, and in particular the distance between established organisations and newer groupings and networks has weakened the effectiveness, impact and the reach of civil society.

A doctrine of efficiency and effectiveness has left the UK with a large number of hollowed-out organisations and this has been true in civil society as much as in the entire public sector. Charities that have removed layers of management or have sweated every pound, have been shown to be at huge risk. Business models, encouraged across all of civil society have prioritised a form of self sufficiency, reliance on earned income associated with downward pressure on costs. The mantra of efficiency has created organisations with no cushion at all, and this has meant extreme fragility. This fragility has been demonstrated convincingly, with the resulting loss of services.

Just as charities have been most needed, so many have lost their battle to survive, or have had to dramatically reduce their service. We have learned the hard and painful way that there is no resilience in exceptionally lean organisations, and that in order to be truly resilient organisations need to have spare capacity. Philanthropy will also need to consciously build in capacity, and so surplus, to enable survival in a crisis. This may mean reversing some of philanthropy’s most cherished nostrums. It may mean paying for the running costs of an organisation, regardless of output. It may mean moving some endowment to the balance sheets of operating organisations, so that they too have a cushion on which to rely. It may mean funding in advance of need – what used to be called Year Zero funding – allowing organisations to grow, build and breathe, as well as simply do. It may mean new and different assessment methodologies, enabling spare capacity which is the only route to survival.

And yet this will also need to be done with due regard to probity, and avoiding the inevitable trap of only funding the organisations that are already well known, familiar and therefore trusted.

Philanthropic organisations have often argued that they know a great deal. They learn from their grantees and have a deep understanding of their respective fields. There is some truth in this, but what has become crystal clear in this pandemic is that the frontline knows things that no one further away entirely understands. Responses to need are always in the end either local, or specialist, and grant-makers need to show humility and willingness to listen with deep attention to frontline providers, and to learn from them. The ability of philanthropy to aggregate knowledge is important, but so too is the ability to recognise where real expertise lies.

As we “build back better”, philanthropy will have to ensure its money is going to those with real knowledge and real understanding of what is needed. This is a challenge to organisations with power and some knowledge, but it is also an opportunity to recognise the power of knowledge, and to find new and better ways of understanding it. In practice this is incredibly challenging. It requires holders of capital – philanthropic institutions – to put their considerable wealth, knowledge and skills more clearly at the disposal of the organisations they wish to support. Developments in the UK about locally directed, place-based funding are the start of such a process, but the learning that will be so central to the process of recovery and renewal needs to be done by those with power, assets and the ability to contribute, as much as it is done by those exhausted, frontline organisations who have witnessed so much.

This article was originally posted in Alliance Magazine. The original article can be viewed here. 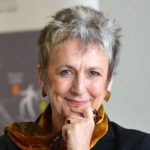 Dame Julia Unwin is a strategic adviser at SIX.