23 September 2020 at 4:48 pm
Peter Mares
In the second in a series exploring the role that housing can and should play within Australian society, Peter Mares shares his thoughts on why the objective around housing all Australians should be considered an economic imperative for Australia.

In the second in a series exploring the role that housing can and should play within Australian society, Peter Mares shares his thoughts on why the objective around housing all Australians should be considered an economic imperative for Australia.

Homelessness takes many forms and has many causes: an abusive partner forces a mother and her children to flee to a refuge; a teenager couch surfs because his parents won’t accept that he is gay; a casual worker gets injured and is evicted for rent arrears; an older woman sleeps in her car after a marriage breakup leaves her destitute; an older man with a mental illness ends up on the streets.

Yet despite its diverse manifestations, homelessness is a problem with one simple solution – a decent, safe, affordable home.

To reduce homelessness, Australia needs an increased supply of long-term rental housing at prices people on low incomes can afford. Key workers in low-wage sectors like childcare or aged care need a discount on prevailing market rates; tenants on government payments like the aged pension need rents set at no more than 30 per cent of their income so they still have enough money for essentials like food and heating.

We know from Anglicare’s rental affordability snapshot that the private market doesn’t provide sufficient housing of this kind, and we cannot expect it to. Landlords won’t lease properties at rents that don’t cover costs like rates and interest payments. Developers won’t build apartments that don’t generate enough rent to turn a profit.

This is not a new insight. It was recognised in 1942 by two Melbourne social reformers, accountant and lay Methodist preacher F. W. Barnett, and solicitor and company director Walter “Ossie” Burt. Their book, Housing the Australian Nation, remains remarkably relevant almost 80 years later.

We can draw the same conclusions today. Business cannot end the current housing shortage for Australians on low incomes because they cannot pay enough rent to give the private sector the incentive to build.

Where the market fails, government should intervene. Barnett and Burt called for a national housing scheme, which is what we got after World War II. The current crisis demands a similar level of ambition.

But tackling homelessness is not just a worthy cause – it is sound economic policy that benefits the entire society.

Large-scale public investment to build homes people can afford is an ideal way to help the economy weather the COVID-19 downturn. The federal government’s Homebuilder package may assist tradies and contractors who do renovations or build new houses on city fringes, but it will do nothing to save jobs in higher density residential and commercial development, a sector that is facing collapse. Master Builders Australia and the construction union CFMEU don’t agree on much, but both think that government investment in social housing is the right policy for our times.

While Canberra says housing is a state issue, only the federal government can finance a package of this size.

Besides, funding for affordable homes should be seen as an investment, not a cost. Finland, for example, has all but eradicated homelessness, partly by converting crisis accommodation into permanent housing. Why go to the expense of putting people up in overnight shelters or hotel rooms, when it’s cheaper to find them a permanent home? According to a recent study, moving someone out of homelessness in Finland saves an average of €15,000 (A$25,000) per person per year, including through reduced spending in the health and justice systems, and pays for itself in seven years. If secure tenure in an affordable home helps people into the workforce, the savings are even greater.

I hope you found the above perspective by Peter interesting and insightful. While what was said may not align with our view of the world, we all need to listen and digest what is said by others in order to find common ground. This is why we are focusing on the fact that the provision of shelter is a fundamental human need (not human right) and without that need being met, we have unintended social and economic consequences that will span generations.

As I said in my first article, doing nothing is not an option. We need to act and we need to act now. All of us need to be part of the solution so please feel free to write to me with your thoughts: info@housingallaustralians.org.au

This article is part of the series Housing all Australians, which intends to draw on a range of perspectives centred around housing and homelessness. We will hear a range of views from business, the not-for-profit sector and hopefully government, as to why they believe housing is an important social and economic building block for Australia’s future prosperity.  Read the first article here. 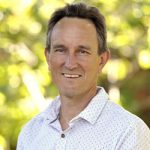 Peter Mares is the author of No Place Like Home and lead moderator at the Cranlana Centre for Ethical Leadership. 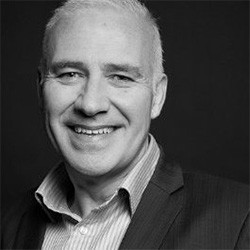