Learning when to get out of the way

16 September 2020 at 6:32 pm
Grace O'Hara
For as long as Grace O’Hara can remember, she’s wanted to make a difference in the world. But through her experience with voluntourism, she realised this sometimes meant getting out of the way of the people you’re trying to help.

For as long as Grace O’Hara can remember, she’s wanted to make a difference in the world. But through her experience with voluntourism, she realised this sometimes meant getting out of the way of the people you’re trying to help.

Since as far back as memory goes, I wanted to be someone that made a difference in the world.

My mum was a volunteer teacher for a few years on the island of Savai’i in Western Samoa, and my family was always the kind to give to those in need. We sponsored a child, we raised money for local fundraisers, we did what we thought good people should do.

Over the years, the way I saw myself making an impact changed. After wanting to be a photojournalist and making it into art school, I realised that I would struggle with simply looking at a problem and documenting it. I wanted to do more.

So when I was 24, I set out on a quest to learn more about the not-for-profit world. I signed up to volunteer in four different organisations, in four countries, over nine months. With little more than a freshly minted art degree and a lifetime of speaking English, I set out to do something good.

I had anticipated a life changing experience. And sure enough, I got it, but not in the way I had hoped.

About two weeks into my first placement, I had a serious wake up call on the problems of what I now know as voluntourism. The majority of the people I met were there for their own needs and their own gratification. They wanted a good story and a good photo to take home, to accompany their feelings of doing good.

And I sat there judging them, thinking I was so much better because I had come for the long-haul, had come to learn from, and not pity, those around me. We’ll come back to this in a minute.

Disillusioned with what the year held ahead of me, I determined to be as less of a burden as I could and to learn as much as possible about the problems I thought I knew in the world.

Fast forward about six months and I’m talking with a Kenyan man one afternoon about a run down community building that’s in the neighbourhood. For context, the area has a lot of volunteers and aid agencies passing through. When I asked why nothing’s been done to get the building up and running again, he said it’s because white people would come and fix it eventually.

And that’s when everything fell into place.

The problem with voluntourism wasn’t just the fact that privileged people were coming, with questionable intentions, to do free work that might otherwise be paid work for locals. It wasn’t that it also creates weird financial dynamics that can encourage unethical organisations.

It was the fact that I saw myself as someone who could help. The (mostly-white) affluent foreigners arriving in other countries were positioning themselves as the saviours, and everyone else as those who needed to be saved.

I understood, in that moment, that when you take away a community’s ability to solve their own problems, you disempower and disenfranchise them. I realised that I was no better than the other volunteers I had judged so readily, because I was complicit in the bigger problem.

The act of fixing a problem, when done in the wrong way, adds fuel to a fire instead. Sometimes the best way to help is to get out of the way of others.

Because, other than a flip of the cosmic coin at birth, there’s nothing that separates us from one another, except the luck of being born with varying amounts of both privilege and power.

If you’re in a position to be working with disadvantaged people, you don’t need to have the answers to the problems they’re facing. Simply listening, empathising and then sharing your own power and privilege with them is enough.

When you do this, you empower those who would otherwise be seen as vulnerable. You give those with the lived experience the trust and confidence they deserve to make things better. Because at the end of the day, that’s something we all have in common.

I grew up wanting to be someone who made a difference in the world. It took me a long time to realise that I wasn’t the only one.

How to help without getting in the way: 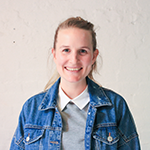