Why invest with an LGBTIQ lens?

28 September 2020 at 3:26 pm
Joy Anderson
Building a practice of LGBTIQ investing can be an important tactic for addressing the marginalizations people face around the world, write Joy Anderson and Tia Subramanian, in this article sharing some of the findings from a recent Criterion Institute report.

Building a practice of LGBTIQ investing can be an important tactic for addressing the marginalizations people face around the world, write Joy Anderson and Tia Subramanian, in this article sharing some of the findings from a recent Criterion Institute report.

In early 2019, a German-based funder of LGBTIQ rights asked our organisation, Criterion Institute, a question: what would it take to build a practice of investing with an LGBTIQ lens? There are prominent movements within finance related to climate change, sustainability, and gender equity, among others. Why are LGBTIQ individuals left out of the conversation – and especially the conversation on gender?

There is a long history of finance being engaged on social and environmental issues. In addition to the rapidly growing field of impact investing, certain equality and sustainability principles are increasingly incorporated into traditional investing via environmental, social, and governance (ESG) criteria.

That said, the current ways in which social analyses are applied to finance don’t always mirror the ways in which these issues play out in the world. Gender identity, gender expression, and sexual orientation are no exception. Criterion Institute helped to found the field of gender lens investing around 15 years ago and over the last many years, we have written about the ways in which the field’s heteronormative, cisgender, binary understanding of gender leads to faulty analysis and limited impact.

“There are many actions funders, activists, governments, not for profits, and investors can take to both improve the existing gender analysis within finance and build an intentional LGBTIQ investing practice.”

Following research with the German partner, Dreilinden gGmbH, we recently released a report making the case that building a practice of LGBTIQ investing can be an important tactic for addressing the marginalizations people face around the world. We found that there are many actions funders, activists, governments, not for profits, and investors can take to both improve the existing gender analysis within finance and build an intentional LGBTIQ investing practice.

Some of the key things we found:

Incorporating analyses of gender identity and sexual orientation will enable all investors – whether they are motivated by impact or not – to uncover new investment opportunities and better mitigate investment risk.

LGBTIQ issues are not only human rights issues; they shape economic dynamics that affect the value of investment assets. Recent studies have shown that LGBTIQ inclusion is good for businesses and economies: workplaces with supportive LGBTIQ policies tend to perform better and there are correlations between countries’ economic performance and LGBTIQ inclusion. For an investor, this means that understanding LGBTIQ inclusion is a critical part of the picture when assessing a company or market.

One of the most effective ways of raising the visibility of this issue within investing is for pioneer investors to build an activist investor community.

Investors who are using their power to disrupt accepted ways of thinking are a potent force. Among other things, they can amplify opportunities to invest in companies that:

Understanding how culture is shifting around gender norms is an undervalued component of investment risk.

When norms change, laws and regulations often follow. Which companies are positioned to adapt to changes in norms and regulations and which are not? Those that do not are at risk for poor performance, legal costs, difficulty attracting and retaining talent, and other obstacles.

Moreover, changing norms can spell trouble for a company and its investors. A recent example is the American fast-food chain Chick-fil-A, which received press attention and protests by pro-LGBTIQ groups because its CEO expressed opposition to same-sex marriage. When it attempted to expand to the UK, it failed spectacularly: its first franchise was protested by LGBTIQ groups and closed within eight days. This is an example of how even if the underlying behaviours remain consistent – and anti-LGBTIQ sentiment is nothing new – changes in tolerance of the behaviour can change the calculation of reputational risk for a company, leading to plunges in stock price or even insolvency.

Building investing products and approaches requires good data. Philanthropists, governments, not for profits, NGOs, and activists have a role to play in creating a research base that can be translated into finance.

One of the most oft-cited obstacles to investing with an LGBTIQ lens is a lack of data. LGBTIQ data are complicated: it is not always safe for people to self-identify as LGBTIQ, and even self-reported data may not be consistent, as terms and frameworks for gender identity and expression are continuously evolving. There is an opportunity to think more broadly about what data investors can use and the many ways that inclusion can be built into company and investor practices. As happened with gender lens investing, organisations can work in cooperation to identify patterns of how LGBTIQ individuals access capital, what barriers they face in starting and growing businesses, their underlying economic status, and other factors that impact business ownership and lending.

Finance will not solve all the world’s problems. But it is a system with tremendous power. When finance signals that something is important, other systems, such as governments, often follow. Building a practice where finance routinely values impact on LGBTIQ individuals is a form of signaling and advocacy that can be a powerful tool in the broader project of justice. 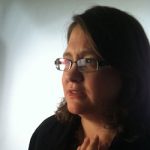 Joy Anderson is the president and founder of Criterion Institute and a leader on the intersection of finance, gender, and social change. 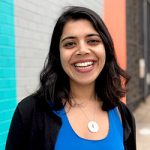 Tia Subramanian is the director of Criterion Institute’s Gender-Based Violence Program and works on a variety of gender and finance issues.

ESG analysis is important, but not the holy grail

Where has the S in ESG gone?

Interest in ethical finance is on the rise, but can the market keep up?