13 October 2020 at 8:07 am
Jana Favero
The Morrison government's budget is a missed opportunity on the value of people seeking asylum to Australia's recovery and goes back on previous negotiations, writes Jana Favero.

The Morrison government’s budget is a missed opportunity on the value of people seeking asylum to Australia’s recovery and goes back on previous negotiations, writes Jana Favero.

This budget yet again economically neglects people seeking asylum and refugees, leaving women, men and children without a safety net in the crisis.

In an additional blow to asylum policy, the Morrison government has also decreased the humanitarian intake by a quarter.

It’s remarkable that despite the worst global pandemic of our lifetime, the government is still unable to extend care, safety or compassion to people seeking asylum and refugees.

What’s more remarkable is the decrease in humanitarian intake is a broken promise.

As part of the government’s negotiation with the crossbench to pass the Legacy Caseload bill in 2014, an increase to the humanitarian intake was promised to sweeten the deal. A way to make a bad bill less bad.

This point is especially important as there are currently bills before Parliament that will negatively impact people seeking asylum and refugees legal rights, and Morrison going back on his word should send alarm bells ringing for anyone considering entering into discussions and negotiations with him on these bills.

Fortunately, with Senator Lambie’s announcement that she will oppose the Prohibiting Items in Detention Facilities bill, there is one less bad bill looming over people in the pandemic and recession.

The defeat of the Prohibiting Items bill is hopeful, because it shows that the wider community cares about what happens to people seeking asylum, and see them as human beings with similar needs to their own, that politicians do listen and fair treatment of people seeking asylum in this country is not a pie in the sky.

The budget has condemned thousands of women, men and around 16,000 children to a prolonged humanitarian crisis of homelessness, poverty, unemployment and deteriorating health.

The ASRC has seen a 400 per cent increase in need for emergency relief since COVID-19 hit and people lost their jobs, we spent $1.58 million on humanitarian assistance in August alone but cannot hold back the crisis.

People could play an important part in economic recovery, with migration numbers down by one million, but the government’s hard headedness on asylum and humanitarian policy is wasting this opportunity by refusing, indefinitely detaining or impoverishing them.

The precarious situation that people seeking asylum are in is not new, of course. However a clear pattern is emerging, of the Morrison government ramping up a concerted effort to further strip away legal rights from people seeking asylum and expand its immigration detention regime with billions of taxpayer dollars in the recession instead of investing in recovery.

For decades, the government has enlisted some of the country’s brightest legal minds to carefully craft a web of legal and policy nightmares. Each thread, such as the Prohibiting Items bill, may look innocuous and isolated but, spun together, an integrated pattern of punishment, discrimination, deceit, legal nowhere lands, and deeply unfair processes entrap those who arrived on our shores by sea close to a decade ago, seeking asylum.

Thousands of people are perpetually entangled in a system that fails to acknowledge their human plight and human needs for mental and physical health, freedom and a decent life.

Instead the Morrison government is intent on continuing the habit of reducing people to the single definition of, how they arrived and what stage of the asylum process they are stuck at.

The result of a never-ending list of bills which become insidious laws including the Legacy Caseload and Medevac repeal legislations, is the creation of a system set against people seeking asylum and refugees at every turn. We can now tick off one bill from that list becoming law, but the struggle for decent and fair asylum laws is far from over as the budget clearly reveals.

The government blames and vilifies those who have arrived on our shores seeking safety but it must remain clear in the public’s view who is responsible for the systematic attack on the rights of people seeking asylum. The Morrison government.

The government’s strategy is to wheel and deal to divert attention onto those members of Parliament with a balance of power vote who are last to make their decision – Ricky Muir, Nick Xenophon, Derryn Hinch, and now Jacqui Lambie – but they can’t be trusted to stick to any promises made in return for bills to be passed.

We know we can win over key influencers like Senator Lambie with demonstrations of the breadth of community support and focusing on the human cost if the bills were to become law.

We must ensure they hear the voices of people seeking asylum and refugees and never lose hope that we can achieve a society where everyone is treated equally, fairly and with compassion before the law, no matter their visa status. 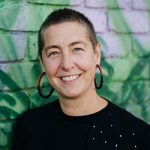 Jana Favero is the director of advocacy and campaigns at the Asylum Seeker Resource Centre.