5 October 2020 at 6:49 pm
Kate Jenkinson
What do we mean by in-memory fundraising and why is it a growth area with so much interest? Kate Jenkinson explains, in the first of three articles sharing learnings from the UK about in-memory giving and what people are doing with charities to remember their loved ones.

What do we mean by in-memory fundraising and why is it a growth area with so much interest? Kate Jenkinson explains, in the first of three articles sharing learnings from the UK about in-memory giving and what people are doing with charities to remember their loved ones.

In-memory giving – by which we mean any type of giving or fundraising commemorating the life of someone special – is a rising star of the UK charity sector, already worth an estimated £2.2 billion (A$3.9 billion) to British charities, according to recent research by Legacy Foresight.

In-memory support can be a journey for the donor that often (though not always) begins with a funeral collection, but can flourish into long-term engagement over a lifetime. A major cause of the uplift in interest and investment in this area for British charities is a recent Legacy Foresight research finding about the connection to gifts in wills. Supporters who have donated in memory are over three times more likely to pledge a gift and the value of that gift will be strikingly higher.

But this is not just about gifts in wills. Regular giving, event participation, membership, gifts in kind, volunteering, even child sponsorship are all valid – and valuable – ways of paying tribute.

Legacy Foresight’s research has shown that people are drawn to in-memory giving, and tribute fundraising especially, because it provides them with a focus in the aftermath of bereavement, galvanizing the support of family and friends and making some good come out of a very sad situation. At its best, it can lead to new skills, new friends and connections, even a new life perspective.

British charities are marketing a very diverse range of in-memory products and offers to their supporters. The most effective of these build on the personal connections that the deceased (and often the next-of-kin) had with the charity. They allow donors to heroise their loved one by giving them a platform to share their story and by showing them the good that can be done in their name. Most importantly, they allow the focus to remain firmly on that person and what made them unique.

Often this means celebrating the importance of a loved one’s special place. The National Trust’s Dedicate a Donation campaign uses an interactive map to encourage donors to pinpoint the place that’s home to their most treasured memories. A small donation will then fund one of the trust’s particular sites or properties in that location. The Canal and River Trust’s Love my Stretch appeal invited donors to select an individual section of waterway and mark it (symbolically) as “theirs”, with their own snippet of backstory. This offer – initially aimed at all supporters – was seized upon by those remembering relatives and friends.

Online in-memory giving is a real growth area in the UK; but tangible, physical memorials in iconic spaces, like the British Heart Foundations’ Heart of Steel, still have great resonance. Also growing in popularity are the new breed of organic or “living” memorials. The Woodland Trust’s Say it with Trees appeal offers lasting memorials of trees and units of acreage with personal tributes at over 50 British woodlands. The Royal National Lifeboat Institute (RNLI) will inscribe a loved one’s name in return for a donation, associating that special person with the charity’s own heroic brand and dynamic attributes of bravery, selflessness and active rescue.

Meanwhile the Guide Dogs charity offers bereaved donors who’ve reached a certain level with their tribute fund the chance to name a puppy in the course of its training. Supporters can visit “their” guide dog puppy being walked – a magical, heart-warming experience that’s known to be highly effective in building engagement with the family and is often the first step to a bequest.

Charities’ in-memory events – like the UK Hospice network’s Light up a Life community Christmas gatherings – range from large-scale, raucous festivals, to tiny, candlelit church services. But for each, participants’ focus is all about reflecting on and celebrating a special life.

Other charities quietly keep in touch with in-memory donors by sending out mementoes like tree decorations or packets of forget-me-not seeds on anniversaries and other particularly difficult times of the year.

These offers all have one thing in common. They answer a core need of in-memory donors that the charity should never forget their “why” – their loved one, their reason for getting involved in the first place. This is a great mantra for any charity – UK or Australian – that’s looking to develop its support for donors in the aftermath of loss. 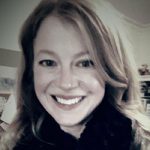