People with disability in NSW need funding certainty for advocacy

27 October 2020 at 8:02 am
Tony Jones
With organisations just months away from their funding ending, Tony Jones provides an overview of the current state of play in how disability advocacy is being funded and the New South Wales government’s response for further allocations.

Print
People with disability in NSW need funding certainty for advocacy
27 October 2020 at 8:02 am

With organisations just months away from their funding ending, Tony Jones provides an overview of the current state of play in how disability advocacy is being funded and the New South Wales government’s response for further allocations.

It is no exaggeration to say the sector is operating at the brink of its funding because the NSW government has not been willing, to date, to give any assurances for future funding. This is despite the establishment in 2019 of an ageing and disability commissioner whose first responsibility was to undertake a broad review of disability advocacy across the state, with the subsequent report released last December. There are 11 recommendations in the report and a proposal to establish a new advocacy framework and implement a new Disability Advocacy Futures Program at a cost of $15 million per year. Current funding obligations are set at around $13 million per year.

The review and its outcome was meant to end the uncertainty and ad hoc nature of disability advocacy funding cycles.

The Disability Advocacy Alliance – made up of over 20 New South Wales disability advocacy organisations – is broadly supportive of the recommendations and the establishment of a new advocacy program. However the only certainty we have got from the government is that advocacy organisations will have to wait until the NSW budget is released on 17 November for an answer to future funding.

Unfortunately this leaves many people with disability in a very parlous state. With only two months of funding remaining, we the people with a disability and the advocacy organisations that support us, have been given another reprieve with the announcement last Thursday (22 October) of a further six months of funding to June 2021. But, the fact remains, that without any certainty going forward, disability advocacy organisations cannot prepare beyond this timeframe. This will leave people with disability without access to services that they are often highly reliant on to get a multitude of issues addressed.

As it is, we are operating in a very challenging environment in response to COVID-19 and people with disability are the most vulnerable members of our community because of compromised immune systems, comorbidities, daily reliance on disability support services and so on. It seems inconceivable that the NSW government is willing to wait until the 11th hour before providing any response to the advocacy review and giving some certainty to the sector.

When the announcement came early in 2019 that the ageing and disability commissioner would be reviewing how funding is allocated across the sector, advocacy organisations openly participated in consultations and the submission process in good faith with an expectation that the government would respond in kind to the recommendations. We have been waiting 10 months now for a response from the government. The onus is on the minister to respond to the report and provide some answers to the future directions for the sector. Above all, people with disability must continue to have a voice in the direction of ongoing funding and the sector needs certainty in its future.

Further to this, in October 2019 the federal Minister for Families and Social Services Anne Ruston – as the minister responsible for the federally funded National Disability Advocacy Program (NDAP) – wrote to the NSW Minister for Disability Services Gareth Ward seeking a commitment from the NSW government for it to continue in its role in maintaining disability advocacy funding across the state. Again, the minister made no such commitment beyond saying they would wait for the review outcome, look at what is happening with advocacy at a federal level, and also referenced ILC funding which does not cover advocacy.

Since 1991, the NSW and Commonwealth have held joint funding responsibilities for advocacy but the entire advocacy budget was transferred to the NDIS when it was rolled out. Unfortunately, unlike other state and territory jurisdictions which have made ongoing commitments to maintain, and even top up advocacy funding, the NSW government is an outlier on this issue, to the detriment of people with disability.

NDAP, which is funded by the federal Department of Social Services, allocates funds to 14 disability advocacy organisations across NSW. NDAP as a program has itself undergone a review during 2016-17 with public consultations and submissions sought. Many disability advocacy organisations participated in this review and consultation process. As a result of the feedback, a final proposal for a reformed NDAP was meant to be submitted to the Australian government in 2017 and implemented during the 2017-18 financial year. However this never eventuated. The sector didn’t get an outcome of the review and therefore the program remains in the state of flux with little certainty in its future direction. In the meantime, a further two years of funding has been implemented for the 2020-21 and 2021-22 years.

Without this commitment many will lose the only voice they have to support them gaining access and understanding across the broad service sector that state governments have a duty in providing and maintaining. Without that support we will most certainly see far worse outcomes for people at a time when they are already not well served across education, housing, health, the judicial system and workplace participation.

Meanwhile we the people, and the sector continue to wait for a response from government. It is vital for the people relying on this funding. People with disability are telling us that the impact of potential losses to NSW disability advocacy funding will create a significant gap for many people and take away a vital safeguard. 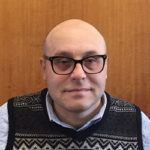 Tony Jones has a spinal cord injury and is the policy and advocacy manager at Spinal Cord Injuries Australia.