21 October 2020 at 6:04 pm
Jessica Borten
Jessica Borten looks at how the human trafficking industry has continued online throughout the pandemic.

Jessica Borten looks at how the human trafficking industry has continued online throughout the pandemic.

During isolation, students have attended lectures via Zoom, consumers have shopped online, and employees have collaborated remotely from the comfort of their homes. Victims of human trafficking have, meanwhile, been in lockdown with their perpetrators.

The global pandemic has successfully postponed the Olympic Games and halted international tourism, but the human trafficking industry continues to thrive in a digital format and adapt to the changing world.

So how can society abolish an issue that affects millions of victims worldwide?

The answer: educating the next generation.

Human trafficking is the fastest growing criminal industry in the world. The phrase is synonymous with violent abuse and coercive exploitation. It is an unfortunate reality for men, women and children around the world. Due to the intricate and complex nature of human trafficking, it is almost impossible to tally an accurate victim count, but the number is estimated to sit high in the millions.

The A21 Campaign is a not-for-profit organisation tackling human trafficking. Representatives from its global team say anyone can become a victim without knowing the risks.

“The most vulnerable community groups are usually those without access to jobs, medical [assistance], education, or accommodation. This leads to instability, increased vulnerability, and then potential exploitation,” a representative explains.

“However, without proper awareness of the risks of human trafficking, anyone can become a victim.”

Human trafficking in an Australian context: breaking down misconceptions and stereotypes

The fight against human trafficking may seem like a foreign war to many Australians, with the media dominated by a revolving door of stories spotlighting modern slavery in undeveloped, third world societies. The A21 global team says this generalisation is harmful.

“Human trafficking is a global issue, and it requires a global response, but in order to combat this injustice, people need to be first aware of what is happening in their own local communities,” a representative explains.

“We tend to think in historical terms, the typical one being African Americans transported to the U.S. Colonies, whereas in the modern-day, the concept of slavery can be much more subtle,” Goldsworthy says.

“You’re talking about someone who’s not necessarily chained up at home but is restricted by terms of passport removal, financial support, non-payment and poor working conditions, so it’s a much more subtle definition in terms of slavery or trafficking.

“It’s perhaps not like a movie where a woman is kidnapped, drugged and passed around and imprisoned as she gets moved around, [a victim] might be down at [your local shopping centre] but still fulfil the conditions of slavery.”

Human trafficking in a global pandemic: trafficking victims remotely from behind a screen

“[Victims] would be suffering the same issues we are; we’ve all had some anxiety levels depending on where you live and the impact [COVID-19] has had on you, so those anxieties would only be adding to the anxieties they already had,” Goldsworthy explains.

“Certainly, they wouldn’t be in an environment where I’d imagine there’d be much concern shown for their health and wellbeing. And if there’s continuing of the physical trafficking and sexual exploitation, then their exposure to that risk is even greater.”

The internet has created a virtual hunting ground for offenders of human trafficking to access and recruit unsuspecting victims via social media. Goldsworthy says technology has impacted the way organised and transnational criminals operate and is allowing human trafficking to continue amidst the pandemic.

“There’s so much more opportunity,” he says.

The severe loss of employment and increased poverty is also making more people vulnerable to potential trafficking according to the United Nations Office on Drugs and Crime’s report Impact of the COVID-19 Pandemic on Trafficking in Persons.

“Dramatic increases in unemployment and reductions in income, especially from low wage and informal sector workers, mean that significant numbers of people who were already vulnerable find themselves in even more precarious circumstances,” the report says.

“This means a vulnerable population has now become even more exposed to the risk of severe exploitation as they try to identify means to secure their livelihoods.”

The future of human trafficking is unclear for law enforcement, but both the A21 Campaign and Goldsworthy agree that education is crucial.

In 2021, the A21 Campaign aims to implement its Primary Prevention Program into schools across Queensland and New South Wales. The program educates young people about identifying victims of human trafficking and strategies to keep themselves and others safe. Representatives say the organisation has observed a “ripple effect” since implementing the program in Thailand.

“We have received a lot of very positive feedback from schools, NGOs, government bodies and individuals – including parents and [past] students – that have praised the program and have wanted it to continue within their schools,” representatives say.

“Teachers and principals have reached out to our teams after sessions to ask for help or advice on other child safety and online abuse issues occurring in their schools, in which we have been able to assist or refer on. We have also had children self-identify, recognising that an area of abuse we’ve spoken about has been happening in their own lives.”

Although some people protest against introducing topics such as human trafficking and sexual exploitation to children, Goldsworthy argues education will allow them to make informed decisions.

“I don’t know why people would think that we shouldn’t teach them about it,” he says.

“We teach them about drugs and the dangers of drugs so they can make informed choices and, certainly, if you look at the victims, you should be educating those victim groups that are at risk about the type of behaviours.

“If they’re not aware of these things, if they have no idea what happens to a lot of young people who perhaps go overseas misinformed, then they’re not going to avoid that trap.”

Technology has been hailed our saviour in these “tough times” but victims of human trafficking are in isolation fearing the webcam more than they fear contracting the virus, even in a contagious world.

As victims slip into the shadows of pandemic headlines, their voices remain silenced, their struggles invisible and their stories forgotten.

But we’re all in this together… right? 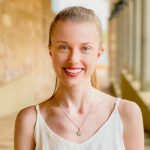 Jessica Borten is a journalism student from the Gold Coast, Queensland.