‘The story for renewables was a missed opportunity’

7 October 2020 at 7:54 pm
Jonathan Moylan
The 2020 budget was a sop to the dinosaurs remaining in the Coalition who have not realised that the world has moved on from fossil fuels, writes Greenpeace Australia Pacific campaigner Jonathan Moylan.

The 2020 budget was a sop to the dinosaurs remaining in the Coalition who have not realised that the world has moved on from fossil fuels, writes Greenpeace Australia Pacific campaigner Jonathan Moylan.

It seems like a lifetime ago when urban and regional Australia were dramatically brought together as raging bushfires tore through Gondwana rainforests and filled cities with smoke, choking our lungs and tragically taking dozens of lives and thousands of homes. Yet still many affected by those fires, which will remain forever etched in our memories, are waiting for recovery funds to flow in. This week’s budget was the opportunity to set that right.

As economists have warned for decades, the combined effects of the bushfires and the drought appeared as a hit to economic growth in the March minutes of the Reserve Bank. Yet nothing could have prepared us for the impacts of COVID-19, which has shifted our lifestyles and sent millions out of work.

Right around the world, nations have seized the opportunities created by the very cheap cost of credit and dramatically reduced costs of renewable energy, which thrived without relying on fuels being transported across international borders. The fossil fuel industry dived, with producing gas wells running out of storage space, and US$1.3 trillion wiped off that industry since the start of the year. South Korea stepped out in front with a renewables-led recovery and zero-emissions industry plan, with Japan pledging to close 70 per cent of its coal-burning power stations by 2030 in a bid to tackle dangerous air pollution, Germany and Spain pursuing their own renewable expansions, and China pledging net zero emissions by 2060, with a grid electrification project at its centrepiece. The announcement by Xi Jinping, while missed by most of the Australian media, was the best news on climate change since the Paris Agreement was signed in 2015 and will have ripple effects around the world.

This race to the top on renewables is one Australia has to be part of, with less investment available globally, and BlackRock joining other major asset managers in calling time on climate-related financial risk. It’s clear that investors will leave polluting economies behind.

In that context, the government’s rhetoric calling for public money to be wasted on a short-term boost in a dying gas industry was not only dangerous from a climate point of view due to climate-wrecking methane pollution, but from an economic point of view as well. Cheaper renewable electricity reduces business costs for energy-intensive businesses, so the flow-on jobs benefits are enormous. As the grid operator AEMO makes clear, the gas industry will continue to decline in the electricity market even if the government ignores climate change while new trades jobs will abound in renewable energy.

True to the rumours that this budget would focus on favours for mates, the 2020 budget was a sop to the dinosaurs remaining in the Coalition who have not realised that the world has moved on. An unspecified sum was allocated to try to sweat out the ageing Vales Point coal-burning power station, owned by Liberal Party donor Trevor St. Baker, who snatched up the distressed asset for $1 million in 2015 before it increased to $555 million in value following the inevitable closure of Hazelwood. The much-vaunted gas focus was limper than expected, with $53 million thrown at new gas basins, pipeline feasibility studies and industry research, likely because the economic case is not there. Yet if there is some miracle in the gas industry and these fossil gas basins are realised, it would open a Pandora’s box that could lock in decades of emissions increases that will undermine action elsewhere and make the climate crisis worse.

The story for renewables was a missed opportunity, with the renewable energy powerhouses receiving reduced funding, with legislation in committee which would allow Angus Taylor to direct them to divert from their mission to fund gas projects and unicorn technologies like carbon capture and storage, a publicity stunt that has soaked up billions in public money with nothing to show for it for decades. While some money arrived for renewable energy infrastructure, a large sum of money has been ripped out of the so-called Emissions Reduction Fund, while diesel tax subsidies to the coal-mining industry soar to $8.9 billion by 2024, enough to fund well over 4,000 COVID-19 nurses.

It’s harder to calculate the damage that will be done by measures to allow accelerated depreciation of mining equipment, or for uneconomic fossil fuel projects to trade insolvent while stinging their creditors with bad debt. What is clear is that unless the government wants to go to the next election with a battered economy and mass unemployment, it will have to go big on renewables in the May budget.

The budget also included $103 million for a radioactive waste dump, and to add insult to injury, used the cover of budget week to introduce legislation that would violate international law by stripping Barngarla native title holders from access to the courts in their unanimous opposition to a waste dump on their country.

We know that burning fossil fuels like coal, oil and methane-heavy gas is the biggest cause of climate change that makes extreme weather events like bushfires worse. The world has moved on and renewables have won the race. Right across the country, cities and states are leading in tackling climate change. All that is missing is leadership from the federal government.

The courage and camaraderie of bushfire survivors brought tears of pride and empathy to living rooms right around the country last summer. That stands in stark contrast to some of the cowardly politicians in our Federal Parliament who are too nervous to stand up to their fossil fuel mates for the good of the country.

With China and the EU now clearly outstripping Australia on climate ambition, the results of the US election will prove critical to the direction that Australia will take on climate change. But unless the federal government abandons their myopic love of fossil fuels, Australia will be left behind.

About the author: Jonathan Moylan is a campaigner at Greenpeace Australia Pacific focusing on climate change and replacing fossil fuels with renewables. He grew up in the Hunter Valley and has spent over a decade supporting community efforts to protect land, water and climate from coal and gas extraction. 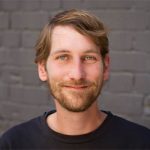 Jonathan Moylan is a campaigner at Greenpeace Australia Pacific focusing on climate change and replacing fossil fuels with renewables.