I was always going to do something around justice. Growing up in Brisbane at the tail end of the Joh Bjelke-Petersen era, I couldn’t not be politicised. When I was eight, I brought home the commemorative coin issued for Expo 88 (a $625 million fair in Brisbane that celebrated the bicentennial of the First Fleet’s arrival on Australian shores) and I remember conversations with my family about feeling so separate from these celebrations.

That same year at school I did a show-and-tell with a hand-sewn Aboriginal flag gifted to my parents and I talked about how the red of the flag can have two meanings – it’s the earth and the blood of the people. That was my first politicised act – and I share that story with my kids now.

For many Aboriginal people, the words “social work” trigger the legacy of child removal and everything that came with that. I wouldn’t have got through my social work studies 17 years ago if I hadn’t studied alongside Aunty Shirley Law, who knew my great-grandmother Nanna Etty Meredith in Cherbourg (a mission “home” to Aboriginal people forcibly removed from their own land).

We were able to go through our degree together deconstructing everything that we learnt and she helped me bring my world view to my studies, and an understanding that social work was a colonised discipline that had a problematic relationship with Aboriginal communities.

After graduating, I worked in Cape York with some young fellas in the youth justice system, many of them also in state care through child protection. The system failed them and their families on every angle. I still have contact with a lot of them and some live with serious mental illness that wasn’t picked up back then. Instead, they were put in detention.

I was one of 13 Aboriginal youth workers sacked one day – my dad was another – because we were told the funding was dependent on the stats. Our young people weren’t offending and we were picking up kids at risk of joining the criminal justice system, and they were concerned the funding wouldn’t come through.

Through this experience, I learnt how to navigate the union and understand my rights as a worker, and I was reinstated. But that experience has always stuck with me – there’s an industry, a whole workforce based on Aboriginal disadvantage.

I completed a Masters in Narrative Therapy and Community Work in 2014 and I’ve seen many other Aboriginal people gravitate to the course since then – my mother and husband included.

Narrative therapy positions people as the experts on their own lives. It emphasises their agency to make decisions for themselves in a way that fits their identity, their hopes and intentions. This approach helps me to look at the problem as separate to the person and really think about where it has come from and then to consider what people already know about resisting the problem.

For Aboriginal and Torres Strait Islander people, problems have come about from colonisation. So with clients, we re-author – we move away from a medicalised, pathologised discourse to a story that tells of our survival and resistance.

Narrative therapy helps people to tell their strong stories and identify the skills and knowledge that they already have that can help them make the problem smaller.

Social workers as a whole are hardworking, but many don’t have a deep understanding of racism. This is on both a theoretical and a systemic level; nor have they questioned their own privilege or their unconscious bias. In some cases, a practitioner’s racism can be overt and damaging to the person they are supposed to be helping.

We need to see more Aboriginal practitioners – in social work but other health disciplines as well. I’m one of only two Aboriginal social workers at the hospital where I work in Cairns. Often half of the 60 beds in the emergency department are filled with Aboriginal people – but we only make up 12 per cent of the local population.

It’s not just about attracting Aboriginal students to these degrees – the curriculum also needs to change. We’re seeing that now in the University of Melbourne’s social work curriculum: there is specific teaching about Indigenous history – pre-contact and colonisation, through until now.

There’s emphasis on authentic engagement with communities and the importance of critical self-reflection. And in the field, this helps social workers – Aboriginal and non-Aboriginal – to practice counter-racism and work to change the system as our profession now requires.

Aboriginal community workers are the backbone of change and they have incomparable on-the-ground experience because they aren’t separate from the issues they are working with. There’s a reluctance to centre that as expert wisdom.

To decolonise social work, we must talk about land rights. Eve Tuck, a Canadian-based Unangax̂ scholar in the field of Indigenous studies, says that “Decolonisation isn’t a metaphor”. It’s not a word you can throw around to show your “wokeness”. It’s not about improving an organisation’s “cultural responsiveness capabilities”. It is about repatriating land to the original, rightful owners.

We know how to use land – that’s our expert wisdom. Land is a source of health, spirituality and connection, and – used properly – there are wellbeing, economic, housing and environmental benefits for all.

Now is the time for a paradigm shift. There’s a current world view that you can give heritage listing to a colonial-era shack but it’s OK to destroy sites that are sacred to Aboriginal people or to deforest millions of hectares of habitat for livestock grazing. We don’t have to invent a paradigm – the one that we need has existed since time began. It must start with acknowledging Aboriginal people’s expert knowledge and centring them as decision makers on their land.

– As told to Susanna Cornelius

About the author: Tileah Drahm-Butler is a senior social worker at Cairns Hospital who also sits on the international teaching faculty at the Dulwich Centre (where she is also co-chair of Feminisims, Intersectionality and Narrative Practice) and provides support for First Nations students doing the Master of Narrative Therapy and Community Work (a partnership between the Dulwich Centre and the University of Melbourne) through Murrup Barak’s Indigenous Tutorial Assistance Scheme. 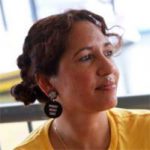 Tileah Drahm-Butler is a senior social worker at Cairns Hospital who also sits on the international teaching faculty at the Dulwich Centre, where she is co-chair of Feminisims, Intersectionality and Narrative Practice.