Less than one quarter of Australian aid invested in children

Print
Less than one quarter of Australian aid invested in children
20 November 2020 at 2:26 pm

How does Australia’s child-focused aid stack up against comparable countries? Dane Moores and Mercy Jumo share findings from the NextGen Aid Report Card, which was released to mark World Children’s Day.

Children account for half of those living in poverty and more than half of the world’s refugees. In 2020, 59 million children will require humanitarian assistance – the largest number of children in need since records began. The region at the centre of Australia’s aid program – the Pacific – has one of the youngest populations in the world, with half of the population aged under 23.

Despite this, Australia currently lacks a strategy for protecting and empowering children through its aid program. While the Department of Foreign Affairs and Trade monitors aid expenditure on infrastructure, women’s empowerment and the private sector, it does not track its aid investments in children – nor is there a target for investing in children.

To fill at least part of this knowledge gap, World Vision partnered with The Social Economy Group to quantify Australia’s aid investments in children for the first time. The NextGen Aid Report Card, released Friday – Universal Children’s Day – benchmarks Australia’s child-focused aid against comparable countries (Sweden, the United Kingdom, Canada and Norway). Based on an analysis of 2018 OECD data (the latest data available at the time), the study found only a quarter of Australia’s development assistance is focused on children, even though children account for half of those living in poverty. (Note, this analysis is a snapshot in time and patterns may change as a result of policy shifts, including in response to COVID-19.)

A snapshot of Australia’s aid investments in children

In 2018, Australia invested US$597 million – 23 per cent of its aid budget – in children. Most of this spending was on child education (7 per cent of the aid program), followed by child health (4 per cent) and children in emergencies (4 per cent). A detailed review of country and regional annual performance reports found insufficient focus on children in the performance frameworks of programs. Of the 27 programs reviewed there were only nine examples of objectives focused on children and only four in the Pacific region.

But how does Australia compare internationally? The study found that Sweden invests the largest amount of aid in children, but child-focused investments still only comprise 31 per cent of the country’s aid budget. The UK targets 25 per cent of its aid spend on children, followed by Australia (23 per cent), Norway (20 per cent) and Canada (19 per cent). Australia’s proportional investment of aid in children is roughly comparable to that of other donor countries.

However, in absolute dollar terms, Australia’s aid program is the least generous out of the five countries when it comes to investing in children, contributing half of Sweden’s aid investment in children (US$1.2 billion) and a fifth of the UK’s spend on children (US$3.1 billion). This reflects the modest size of Australia’s aid program, which is the smallest of the five countries assessed.

Digging into sector-specific aid expenditure uncovered some interesting results. In education – a sector many would expect to be focused on children – Australia’s aid investments are primarily focused on providing scholarships for adults rather than increasing access to basic education for children. Of the US$440 million of Australian aid that went towards education in 2018, only 23 per cent targeted children. This is despite research that primary and secondary education generates a greater return on investment than tertiary education.

Australia’s investment in child health (US$76 million in 2018 or 31 per cent of its aid spending on health) is the lowest investment in child health in dollar terms and the second lowest in percentage terms out of the five countries assessed. It is perplexing that child health is a low priority for Australia’s aid program given its Pacific neighbours suffer from the worst child stunting rates in the world. Similarly, Australia’s support for children in emergencies does not match the scale of the challenge. Over half of the world’s 26 million refugees are children, yet only a third of Australia’s humanitarian assistance directly targets children.

In good news, Australia has a significant focus on children when it comes to protecting vulnerable people from violence, with 53 per cent of protection funding targeted at children. But protection funding is a very small part of Australia’s aid program, comprising only 3 per cent of expenditure. Further targeted investment is needed to help end violence against children. Research proposes an increase of at least 1.5 per cent of ODA to support successful evidence-based interventions and programs.

The business case for investing aid in children

Many apply moral arguments for supporting children, given they are among the most vulnerable. But there are also strategic reasons to put children at the centre of international development. We identified four strategic reasons why aid should be invested in children.

Ultimately, every aid dollar spent on children is an investment in the “future” human capital of a nation. As the World Bank has said, it is one of the smartest investments a country can make. 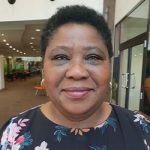 Mercy Chipo Jumo is a senior policy advisor on child rights at World Vision Australia. She is a human rights, gender and development practitioner specialising in children’s rights. 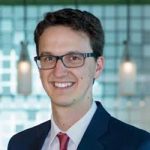 Dane Moores is manager of the policy team at World Vision Australia, and on the board of ADRA Australia.