Peace in the age of chaos – Finding a new approach

30 November 2020 at 5:43 pm
Steve Killelea
Peace is a prerequisite for the survival of society as we know it in the 21st century, writes Steve Killelea AM, in this extract from his new book, Peace in the age of chaos: The best solution for a sustainable future.

Peace is a prerequisite for the survival of society as we know it in the 21st century, writes Steve Killelea AM, in this extract from his new book, Peace in the age of chaos: The best solution for a sustainable future.

Driven mainly by overpopulation and increasingly impactful advancements in technology, humanity is facing a series of existential threats unlike anything it has experienced before in its short history. Mostly of our own making, the combination of these factors could be fatal for humanity.

Countering environmental degradation, pandemics, species extinction, our increasingly scarce stock and overuse of natural resources, population growth, social discontent, and the proliferation of extraordinarily destructive weapons – to name but a few – will require a new way of conceptualising our relationships with each other and the ecosystems we depend upon.

We need to find a new approach that will allow us to adapt in the short term and reverse the decline in the longer term. Despite the diversity of the problems, they share one important characteristic: they cannot begin to be solved without collaboration. And neither collaboration nor adaptability are possible without peace.

To put it simply, without peace we will never achieve the level of trust, cooperation and inclusiveness necessary to solve these challenges. Therefore, peace is a prerequisite for the survival of society as we know it in the 21st century. In the past, peace may have been the domain of the altruistic, but in this century it is in everyone’s self-interest. Peace is central to a safe and productive society.

For decades the concept of peace has suffered from association with the utopian anti-establishmentarianism of the 1960s. Critics point out that trying to put flowers down the barrels of the guns of groups such as the Islamic State is as effective as attempting to hold back a tsunami. Peace advocates, at best, were seen as being impractical and irrelevant to real-world issues and at worst as being socially destructive. Moderate advocates of peace, in their efforts to be relevant, shrivelled the concept of peace so that its meaning was little more than security, and it was epitomised by phases such as human or personal security. The concept of peace as something that is thriving, positive and fulfilling for the human spirit was all but lost. When I started working on peace I was counselled not to use the word “peace”, especially in Washington, as my work would not be taken seriously.

The desire to live in a safe, sustainable and prosperous world is universal. I believe it is achievable if we use a more expansive understanding of the concept of peace. It is a peace that is practical, one that recognises threats and believes a level of military action is needed. Many parts of the world are not safe, and therefore the military is a necessity; similarly, violent criminals do need to be locked up. However, it is possible to lessen the number of wars and reduce the number of criminals. I believe peace, when properly defined, is the first fundamental human right that makes all other rights possible. The right to life, liberty and the pursuit of happiness, to use the examples enshrined as “unalienable rights” in the US Constitution, will remain forever out of reach in the absence of peace.

The most common definition of peace is the absence of violence or conflict, which is also referred to as Negative Peace. The problem with this definition is not that it is wrong, but that it is incomplete and leads to many misconceptions of how peace can be achieved. Much of the work that has been done under the banner of Peace Studies has in reality been conflict studies. Trying to understand peace by studying war is like trying to understand what it is to be healthy by studying illness: it might help us to understand how to cure a particular sickness, but will tell us little about how to stay healthy and avoid illness in the first place.

For me, this conundrum became painfully clear on a visit to Goma, which lies on the northern shore of Lake Kivu in the Democratic Republic of the Congo (DRC), and is one of the most violent and geographically unstable places on earth. When faced with the sort of conflicts that wrack North East Kivu, the obvious line of inquiry is to ask what makes countries such as the DRC and its neighbours, Rwanda and Burundi, so violent. But it was a more opaque and potentially more interesting question that occurred to me:

Which are the most peaceful countries and what can be learnt from them to help those countries that are not?

This turned out to be a paradigm-changing question. While it was a simple question to ask, it quickly became clear that there was no simple answer.

The first problem was that there was no objective ranking of countries in terms of their peacefulness, thereby making informed comparisons impossible. I was dumbfounded. What struck me was that if a simple businessman, such as myself, could be walking through Africa and wonder which are the most peaceful nations in the world and the research hadn’t been done, then how much do we know about peace? In any pursuit, if we can’t measure something, how can we truly understand it? And if we can’t measure something, then how do we know whether our actions are helping or hindering us in achieving our goals? We simply don’t, and peace is not an exception. This realisation started a life-changing journey for me, one in which understanding the positive qualities that sustain and create highly peaceful societies became the central theme of my work life.

This is an extract from Steve Killelea’s new book, Peace in the age of chaos: The best solution for a sustainable future, which gives an overview of how he came to create the Global Peace Index, establish the Institute for Economics and Peace and why he believes peace is such a fundamental human right that makes all other rights possible.

For a 20 per cent discount on Peace in the age of chaos: The best solution for a sustainable future, visit www.peaceintheageofchaos.org/ and enter PROBONO20 upon checkout when ordering the book. 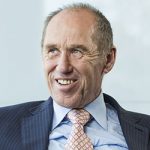 Steve Killelea AM is the founder and executive chairman of the Institute for Economics and Peace (IEP) and the founder of the Global Peace Index.

Rebels with room to read

Backing kids in life’s lottery: Behind the scenes of the Paul Ramsay Foundation’s new podcast

First We Eat: Putting food sovereignty to the test