27 January 2021 at 3:55 pm
Hannah Fraenkel
COVID-19 has thrown up plenty of issues for charities and NFPs for how they operate during a pandemic. For many organisations it’s also exposed how out of date their governing documents are, putting their ability to operate at risk, writes Hannah Fraenkel.

COVID-19 has thrown up plenty of issues for charities and NFPs for how they operate during a pandemic. For many organisations it’s also exposed how out of date their governing documents are, putting their ability to operate at risk, writes Hannah Fraenkel.

COVID-19 has exposed for many charities and not for profits the need to update their governing documents so they can use technology to carry out important tasks such as member and board meetings, holding elections and passing resolutions.

Governing documents (also commonly referred to as a constitution, rules or trust deed) are a central legal document of a charity or not for profit that generally outlines the purpose, governance mechanisms, membership and governing body structure, internal procedures, and powers of an organisation. An organisation must not act beyond the terms prescribed in its governing document.

See also: Here’s what you need to know about running your AGM from a distance

A recent example that imminently impacts all schools operating an early learning centre in Victoria comes as a result of changes to Education and Training Reform Regulations 2017, whereby the Victorian Regulation and Qualifications Authority is now requiring that all schools in Victoria operating (or planning to operate) an early learning centre must amend their governing document prior to July 2021 to expressly provide for the delivery of early learning services as a feeder for enrolments to their school within the organisation’s purposes.

More broadly, many charities with governing documents that predate 2012 fail to reference the Australian Charities and Not-for-Profits Commission Act 2012 and obligations of the organisation and its governing body under this key legislative regime affecting charities.

Other common pitfalls include governing documents that incorrectly reference outdated sections of the Income Tax Assessment Act 1997 or Corporations Act 2001, or rules of incorporated associations have not been updated to reflect legislative changes over recent years in many States (such as those flowing from the introduction of the Associations Incorporation Reform Act 2012 in Victoria).

A clumsy governing document can also create practical headaches for an organisation in terms of how it is governed and operated, or fail to adequately ensure the rights of members are protected.

Poorly drafted or outdated governing documents can be a cause of concern and increase risks for organisations, including risk of revocation of registration as a charity with the Australian Charities and Not-for-profits Commission (ACNC). The ACNC has announced they will be auditing the ongoing eligibility of certain charities over coming years, with one area of focus being charities with no current governing document uploaded on the ACNC Register.

The best tool a not for profit or charity can implement to reduce these risks is to regularly review its governing documents.

Charities and not for profits should review their governing document at least every three years, to ensure it remains up to date and compliant with relevant regulations, reflects best practice, is practically suitable for the needs of the organisation, is clear (avoids using legal jargon) and continues to accord with their current purposes and mission.

A well drafted governing document will not only ensure an organisation is best placed to fulfill its purposes, but will also minimise confusion and disputes, obviating the need to spend unnecessary funds on legal expenses on issues or disputes arising in future. 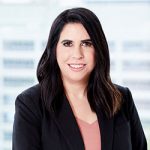 Women are making their way onto NFP boards. But is it enough?

The diversity deficit in our charity boards