Why try to regulate political campaigning, discrimination and other activities within a charity law framework focused on purposes?

3 February 2021 at 5:08 pm
Ian Murray
Ongoing debates about charitable advocacy fail to see that whether or not an entity is charitable is a question of its purpose, not its activities. To consider appropriate bounds on charity activities, we need to look outside charity law, writes Dr Ian Murray.

Print
Why try to regulate political campaigning, discrimination and other activities within a charity law framework focused on purposes?
3 February 2021 at 5:08 pm

Ongoing debates about charitable advocacy fail to see that whether or not an entity is charitable is a question of its purpose, not its activities. To consider appropriate bounds on charity activities, we need to look outside charity law, writes Dr Ian Murray.

In countries such as Australia, New Zealand, Canada, the UK and the US, whether certain classes of civil society are eligible to receive state support (by way of tax and other concessions) is primarily based on the entity’s intended purpose. Yet many of the current civil society controversies relate to the means – the activities – adopted to achieve those purposes.

Civil disobedience and electioneering activities are at the core of Australian government concerns about environmental charities, not whether the preservation of the environment is a charitable purpose. The extent to which civil society organisations may discriminate in pursuit of religious purposes underlies proposed legislative reforms in Australia and the Family First litigation in New Zealand.

Activities, however, only affect the charity status of civil society organisations to a limited extent.

This article demonstrates that point, using Australia as an example. It also discusses the sorts of activity-based regulation that already apply to civil society organisations and the principles that we ought to apply to any expansion of that regulation.

The limited role for activities in determining charity status

Charities are an important subset of civil society (also referred to as the third sector or not for profits), which consists of organisations that pursue their purposes in ways outside that of government, the business sector and the family. Taking Australia as an example, both under statute and at common law, for an entity to be a “charity” it must:

In addition, a charity cannot:

While activities are relevant to these various elements, for organisations that have an overtly charitable set of objects in their constitution or trust deed, the activities they adopt to pursue those objects are not generally regulated as part of the legal test of charity other than at the margins. That is, only party political activities, the activities of government and the provision of private benefits are broadly precluded.

The public policy exclusion, although formally focused on an entity’s purposes, has in practice been used by courts to render an entity non-charitable on the basis of activities, especially discriminatory activities (see Bob Jones University v United States), but it is a very unwieldy ground. Otherwise, it is generally quite difficult to use charity status to regulate specific activities. Parachin terms this the “square peg, round hole problem”.

There is a rule of law argument for applying the same rules to all equivalent entities engaged in the same activities; that is, that the same laws should apply to all persons so that they are treated equally. It should therefore be no surprise to find that we do regulate some specific fields of activities in which charities – and other entities, including market and government entities – traditionally engage.

For instance, many education, health and aged care activities are highly regulated. Safety and quality standards typically apply, often alongside expenditure requirements, which effectively require a minimum level of service delivery activities from year to year, and thus, indirectly limit the use of funds for other activities such as advocacy or electioneering. Fairness standards which apply to varying degrees, would preclude some (although not all) forms of discrimination.

Likewise, when it comes to foreign interference in Australian elections, recent Australian electoral legislation requirements apply across the board to charities and other non-party political actors. With electoral expenditure – that is expenditure incurred for the dominant purpose of creating or communicating electoral matter – if thresholds are exceeded then the relevant entity must register and report donations used for that expenditure to the Australian Electoral Commission. Depending on whether an entity meets the “third party campaigner” or higher “political campaigner” threshold, foreign donations are potentially either capped for use for electoral expenditure, or prohibited entirely beyond a cap. This electoral regulation can clearly affect foreign influence of charities and charity electioneering, but is intended to leave issues-based advocacy largely unaffected.

Australian anti-discrimination legislation also applies broadly to all entities in relation to certain types of activities – described as “covered areas” – such as the provision of education, provision of goods, services and facilities, employment etc. and on certain protected grounds such as age, sex, race, religion etc. However, there are very material exceptions for charities, at least for purposes that entail but that do not explicitly promote discrimination.

However, various submissions concerning the religious freedom legislation have characterised the draft legislation as departing from the standard proportionality and harm principles typically used when balancing competing rights. In liberal societies, such as Australia, state intervention to restrict one set of rights in order to prioritise others is typically justified by reference to proportionality – does a law have a legitimate objective and implement measures that are suitable and necessary to achieve that objective? John Stuart Mill’s harm principle – does the public benefit from advancing one set of rights outweigh the harm caused by limiting the other rights – is also used as state coercion is only justified to prevent harm.

Tax concessions are typically proffered as the primary reason why charities should be subject to additional oversight. However, not all tax treatment is a privilege. For example, non-taxation of social welfare charities may actually reflect the average tax rate of benefit recipients. This approach also ignores the fact that tax concessions are routinely provided to vast segments of the marketplace without similar calls for extra oversight.

It seems easier to justify regulation of charity-specific activities on either of the following two grounds. First, to guard boundaries between charities and government; and charities (for-purpose) and the market (for-profit). That is because state endorsement of an entity as a charity marks it out as a different and socially sanctioned entity – an expressive function. Also, because, to some degree, the point of the charity sector is that it pursues the public good by non-governmental means and that, unlike the market, it better promotes other-regarding or altruistic modes of action.

Second, regulation might help to address problems that are relatively specific to the charity form such as the difficulty that charities have in raising equity capital or the trust deficit caused by information asymmetries that are particularly common in areas where charities operate, such as the provision of overseas aid where benefits are provided to persons who will not generally give feedback to the funders. Much of the Australian Charities and Not-for-profits Commission Act 2012 regulatory regime could be viewed in this regard.

Additionally, some jurisdictions, such as the US, also go further in restricting political activities. In the US, the Internal Revenue Code provides that for charity registration, “no substantial part of the activities of [the charity] is carrying on propaganda, or otherwise attempting to influence legislation”. In relation to campaigning, section 501 states that the charity must “not participate in or intervene in … any political campaign on behalf of (or in opposition to) any candidate for public office”.

Restricting campaigning activities, rather than just purposes (as Australia does) makes some sense in terms of drawing a boundary between charities and party political actors. However, there are material difficulties in working out when a charity’s activities are campaigning versus issues-based advocacy. GetUp’s activities – though it is not currently registered as a charity – provide a case in point.

We might also question whether charities should be singled out for this boundary drawing and whether generally applicable electoral regulation, as in Australia, might be a better way to address the boundary issue, since the party political boundary seems equally relevant for the for-profit sector. Beard, for instance, has looked in detail at the regulation of Australian charity political activities and suggested that the electoral legislation can fill this role, but that it ought to be better focused on the independence of charities (and other non-political parties) from government and political parties. In particular, by doing more to illuminate charities’ political influence over political parties, because, at present, much campaign activity expenditure is omitted as being too remote from the tightly-focused definition of “electoral expenditure”.

Many current civil society controversies revolve around the divisive nature of the activities engaged in by charities. For instance, election campaigning, or the discriminatory provision of goods and services. However, the law relating to charity status has little to say about activities, focused as it is on purposes. Charity activities, nevertheless, are already subject to regulation – both that applying generally to all entities engaged in particular activities and that applying specifically to charities.

This piece has suggested that broad based activity regulation in Australia could be usefully expanded to the discriminatory activities of charities so as to provide more nuanced guidance on how to weigh competing rights and freedoms. Further, specifically-targeted restraints on charity campaigning activities exist in some jurisdictions and have been proposed from time to time in Australia. However, campaigning restrictions appear to miss the point that it is independence – of charities from political parties and government, and of political parties and government from charities – that is the key matter that needs to be protected by regulation. There is much scope here for general electoral legislation to perform this task and for the regulation to apply not just to charities but also to for-profits and other actors.

This piece is an abridged version of: How do we Regulate Activities within a Charity Law Framework Focussed on Purposes? by Ian Murray, published in the recently released issue 2020(2) of the Third Sector Review. The author accepted manuscript can be accessed here. 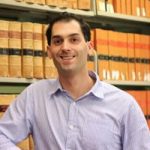 Dr Ian Murray is deputy head of school - research at the UWA Law School, where he teaches and researches at the intersection between not-for-profit law, tax and corporate governance.

Pursuing purpose in times of politics

What are the three big success factors in government engagement?