It’s time to re-think the marketisation of human services

16 March 2021 at 8:31 am
Tom McClean
For the last 30 years there has been a bi-partisan belief in the virtue of markets as a force for good for people. But there is now strong evidence to suggest such a wholesale approach is flawed, write Doug Taylor and Dr Tom McClean.

For the last 30 years there has been a bi-partisan belief in the virtue of markets as a force for good for people. But there is now strong evidence to suggest such a wholesale approach is flawed, write Doug Taylor and Dr Tom McClean.

The Royal Commission into Aged Care has delivered its harrowing findings and has highlighted the need for significant change.

Now the big question remains: Will the findings lead to real reform?

There is reason for hope, that despite more than two dozen enquiries and investigations into aged care in the past that were largely ignored, this royal commission will bring about real transformative change.

Governments across Australia have demonstrated in their response to the COVID-19 pandemic that they are prepared to junk long-cherished ideology in an effort to get results.

One example, after decades of hand-wringing, government quickly moved to get rough sleepers off the street and into hotel rooms (albeit not solely for the sake of the homeless but to also reduce the further spreading of this pandemic).

So, what has this to do with aged care and royal commissions?

For the last 30 years there has been a bi-partisan belief in the virtue of markets as a force for good for people. This has been enabled by a series of proponents but notably the Harper Review which argued that competition creates choice and drives innovation.

This philosophy has been adopted most enthusiastically by reformers in aged care and disability services. Interestingly it was the Productivity Commissioners who argued that competition and contestability should be fit for purpose where the evidence suggests that outcomes for people can be improved.

Yet there is now strong evidence to suggest such a wholesale approach to marketisation is flawed.

The best evidence of this is the fact that we have had three royal commissions into vulnerable people in our society in such quick succession (aged care, sexual abuse and disability). Each of these have been in areas where policy has been significantly shaped by market philosophy.

Of course, many of these reforms have had positive effects such as empowering consumers and citizens by giving them funds directly so they can choose what services they want and from whom. This change has been transformational and should not be underestimated, but every reform has a shadow side and unintended consequences.

The aged care commissioners appear to be mirroring this thinking. In a consultation report they released in December 2019 they said: “The direction of current reforms puts too much faith in market forces and consumer choice as the primary driver of improvement in the aged-care system… but (they) are not delivering equitable outcomes in all parts of the country or for all groups.”

Dr Tom McClean from Uniting has just completed a review on the impact of markets in human services that spans the last 20 years. It included a review of more than 50 peer-reviewed journals in disability and aged care services.

It found that while there was an improvement in the “customer experience” – a rise of up to 70 per cent in one study – there was a far lower result in terms of “general wellbeing and outcomes”.

And the people most adversely impacted by these reforms were people in regional areas and socially or economically vulnerable communities such as people with complex needs, people from non-English-speaking backgrounds and Aboriginal communities.

Surely a system that fails those at the margins requires fundamental re-thinking.

For care workers, there has been growth in new capabilities but also real challenges. These challenges are largely driven by the inadequacies of the funding model. The Aged Care Workforce Taskforce found aged care nurses are 10 per cent underpaid compared to nurses in the acute sector, and care workers are underpaid by 15 per cent compared to similar non-aged care workers.

Workers need to be fairly paid in line with other sectors, receive appropriate training and career development and more certainty in their hours.

Historically many of these organisations have been pioneers in social innovation and now struggle to continue this commitment because of the additional costs of operating in a market with low margins.

When we look at the experience of all countries which have undertaken this kind of reform, there is also limited evidence that marketisation reduces overall expenditure or helps contain costs. This is worrying because reforms based on market based principles seem unable to comprehensively deliver on their core promise of a more efficient system.

Of course, the most compelling cause for rethinking this approach is the adverse impacts on those who are most vulnerable. Let’s hope the Commonwealth government listens to the commissioners misgivings let alone the compelling evidence. 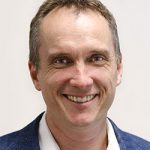 Doug Taylor is CEO of The Smith Family. He was previously deputy executive director at Uniting NSW and ACT.