Only accessible housing will meet the needs of an ageing population

28 April 2021 at 5:52 pm
Di Winkler
This Friday, Australia’s Building Ministers will choose whether accessibility standards will be voluntary or mandatory in the 2022 National Construction Code. Di Winkler and Peter Mulherin explain why mandatory standards will future-proof Australia’s housing for coming generations.

A step-free pathway and entrance to a home. Image courtesy of Stockland Communities.

Print
Only accessible housing will meet the needs of an ageing population
28 April 2021 at 5:52 pm

The recently released findings of the Aged Care Royal Commission represent an opportunity to achieve generational reform for older Australians, as the provision of aged care services shift from institutionalised care, to care at home. However, to achieve this significant change, there is a need for more accessible housing in the community. Without a greater supply of accessible housing, the aspirations of older Australians to age at home will be very difficult to realise.

On Friday, Australia’s Building Ministers will decide on what will be included in the 2022 National Construction Code (NCC). The contents of the NCC will shape what our homes will look like for decades to come. The ministers’ decisions will also determine how accessible our homes are, which is a key consideration for the estimated 3 million Australians living with mobility limitations.

The Aged Care Royal Commission recommended funding for seniors to modify their homes to allow them greater independence, and to prevent “inappropriate admission to long-term residential care”. The royal commission also recommended as a matter of priority, that “governments should work together to increase accessible housing, including private rental housing and social and affordable housing, for the ageing population”.

Furthermore, the issues in the aged care sector revealed during the lockdowns of 2020 show how important it is for our seniors to, in the words of the commissioners, “remain in their own homes for as long as possible”. Up to 80 per cent of Australians aged over 55 want to live at home and “age in place” according to recent research. But in order for this to happen, our housing needs to be accessible and adaptable to the changing needs of our population.

In their upcoming meeting, Building Ministers will choose between including voluntary or mandatory accessibility standards in the NCC. Voluntary guidelines have been with us for over a decade, and have failed to deliver the promised supply of accessible housing. But mandatory standards will future-proof Australia’s housing for coming generations, and address many of the challenges identified by the Aged Care Royal Commission.

In order to provide much-needed evidence to the NCC’s decision-makers, the Summer Foundation and La Trobe University recently concluded a study investigating the relative importance of including different accessible design features in new homes. While past research has highlighted the negative impacts of inaccessible housing, little systematic evidence exists regarding the importance of specific accessible features. This study considers the specific accessible features that people with mobility limitations regularly require in their homes, from the perspective of occupational therapists (OTs).

A step-free shower entrance with a shower screen that can be removed at a later date. Image courtesy of Stockland Communities.

A lack of accessible features in homes makes the process of discharging patients from hospitals slower, as lengthy home modifications are needed. Equally, the lack of basic features such as a step-free shower entrance also makes it harder for the elderly to live at home for as long as possible, rather than moving to aged care prematurely.

In total, 134 OTs were surveyed for this study and asked to rate 22 accessible features according to their impact on speeding up hospital discharge and helping people age in place. The survey found that the most essential housing features were firstly, accessible external access to the home with step-free entrances, and secondly, accessible bathrooms including large showers with level access, and where possible, inclusion of a bathroom on the ground floor.

The study also found that an average of 42.6 per cent of clients had a delayed hospital discharge due to waiting for the completion of home modifications, resulting, on average, in 22 additional days spent in hospital. The cost of these delayed discharges was estimated to range between $1.7 billion to $3.2 billion per annum.

These findings suggest that the most important accessible features to support timely hospital discharge and ageing in place are:

These features are important for both ageing in place and hospital discharge. Many are common-sense features and should be included in new homes at the design stage. The inclusion of these design features as mandatory accessibility standards in the NCC has the potential to decrease costs associated with post-build home modifications and make new homes more functional for all Australians. 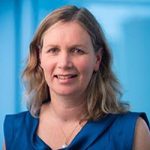 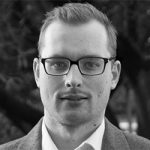