12 May 2021 at 11:15 am
David Hayward
This year’s federal budget offers the biggest single injection of federal money into the care economy in living memory and brings with it an opportunity that we must not let slip away, writes Emeritus Professor David Hayward, from RMIT University.

Print
Excitement and disappointment in Australia’s first care economy budget
12 May 2021 at 11:15 am

This year’s federal budget offers the biggest single injection of federal money into the care economy in living memory and brings with it an opportunity that we must not let slip away, writes Emeritus Professor David Hayward, from RMIT University.

From a care economy perspective, this federal budget is both exciting and disappointing.

It is exciting because it offers the biggest single injection of federal money into the care economy in living memory.

All up, and across all portfolios, the budget injects an additional $23.7 billion over the next four years. That’s over one third of the budget’s total additional spend. And that’s in the context of a big spending budget.

The figures are well rehearsed so I won’t go through them again. What is exciting is that the cash is spread so widely.

It’s not just aged care, or disability, or child care, or mental health, or family violence. It’s all of them at once. As Treasurer Frydenberg said yesterday afternoon, the budget includes “record commitments on essential services, disability support, mental health, aged care and women’s safety”.

Also exciting is the amount that is focused on the most important bit of the care economy: the workforce. At last the penny has dropped (in a truckload) that if the Feds want a cracking care economy, they need to invest in the people who make it work.

In a state like Victoria, this is a wonderful addition to big improvements that have already been made to the family violence and disability workforces.

The disappointing part of the budget is that while the sums seem daunting, they appear much less so when they are presented in annual sums rather than a total over four years.

Next year, the total is a little over $3 billion. Not a lot extra, but enough to be pleased about.

The year after the amount more than doubles to over $6.2 billion, before climbing to over $7 billion the year after. The bulk of the new money in other words doesn’t flow until close to and after the next election.

Also, it should be noted that over three quarters of the additional spend is in response to the Aged Care Royal Commission; it is not spent evenly across the different sectors.

Especially disappointing is that the Feds have done nothing to stop the bleeding of cash out of the care economy and into the private pockets of those who own or run the private companies delivering services. In fact, a chunk of the care economy injection is focused on shoring up private profitability, when it might have been much better being used to encourage privates to sell their assets to not for profits.

The Aged Care Royal Commission reckoned private equity requires a staggering 11 per cent+ return to invest in the care economy, when not for profits can do it for far less, and governments can do it right now at next to zero per cent.

A significant share of the booming federal childcare subsidies has helped ensure child care centres are one of the best performing segments of the property trust segment of the stock exchange. Is that really a good way for government subsidies to be used? Probably not.

If anything, the budget may well have set off a time bomb that will go off in another government’s hands sometime down the track, when more Porsche driving private owners and executives of critical care infrastructure will inevitably be shown to be doing rather well out of a care budget that was not intended for their pockets.

For all its disappointments, the federal budget brings with it an opportunity that we must not let slip away. All long-term policy successes require a narrative, a name and an identity that can be easily rolled out to push for something bigger and better. This budget didn’t use a term that would be helpful in this way. But we can. For all its disappointments, this is Australia’s first genuine care economy budget, which we can use as a benchmark to grade all others.

And, most importantly, ensure it isn’t the last. 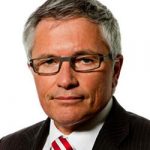 David Hayward is emeritus professor of public policy and the social economy at the Future Social Service Institute (FSSI).