27 May 2021 at 7:30 am
John Leha
The theme for Reconciliation Week this year is “More than a word. Reconciliation takes action.” There could not be a more appropriate theme for this moment in time, writes John Leha, who says the overrepresentation of Aboriginal children in out-of-home care is a national shame.

Print
This Reconciliation Week we need action to go with the bold commitments
27 May 2021 at 7:30 am

The theme for Reconciliation Week this year is “More than a word. Reconciliation takes action.” There could not be a more appropriate theme for this moment in time, writes John Leha, who says the overrepresentation of Aboriginal children in out-of-home care is a national shame.

First Nations Australians have become accustomed to hearing bold commitments and continuously waiting for the actions to meet them.

This started as early as the Bringing them Home report in 1997, which outlined and explored the experiences of Aboriginal children that were removed from their families under government policies and practices. These children came to be known as the Stolen Generations, and it remains one of the greatest stains in our country’s history.

The report was a tribute to the strength and struggles of so many Aboriginal people. The work we do in protecting our kids always puts the experiences of the Stolen Generations front of mind, and we will continuously strive to ensure history never repeats itself.

However, in NSW, 41.4 per cent of kids in out-of-home care are Aboriginal despite making up only 5 per cent of children in the state. This overrepresentation, which continues to increase each and every year, has been described as a national shame, and I see no other way to describe it.

All of this incurs a huge and growing impact on the social sector and, most importantly, epitomises what could have been bright futures taken away from our cherished children.

“A true act of reconciliation would be ensuring that Aboriginal children never have to fear the horrors of the past and are ensured a brighter future where they have every opportunity to thrive.”

The Family is Culture review outlined some of the harrowing stories that illustrate the devastating human impact the child protection system is having on Aboriginal families. In some of the worst cases, the final report found children who did not appear to be at risk of harm were removed from their families, with the Children’s Court misinformed about vitally important information.

Another one of the many stories that make for uncomfortable reading describes a first-time mother whose one-day-old child was removed after she was deemed a danger for not providing details about her newborn’s lunchtime routine. This was despite indicating that she planned to feed her baby every three to four hours as she was advised.

This cannot be described in any way other than a crisis.

The latest bold commitment to come from governments is the new National Agreement on Closing the Gap negotiated between the Coalition of Peaks, of which AbSec is a member, and governments of all levels. This radical overhaul of a campaign with the aim to end the divide between Aboriginal and non-Aboriginal Australians in social, economic and health areas targets a 45 per cent reduction in the overrepresentation of Aboriginal children in out-of-home care.

The new National Agreement was established after the 2020 Closing the Gap report showed only two of the seven targets were on track to be met. This ambitious change is now set to include targets for incarceration rates, an increase in employment and a reduction in suicides, amongst other new targets.

The recent federal budget did not contain any specific new funds for Closing the Gap. The majority of this funding is set to be announced towards the end of the year. We keep waiting.

To meet the target to reduce the overrepresentation of our children in out-of-home care, we need a commitment to fix a broken system. We have tried an approach that sees the solutions dictated to us, with children removed from their families, communities and culture, and it hasn’t worked. Furthermore, it has proved unsustainable with increasing numbers of children entering a system at breaking point.

We have the solutions. It is time they are embraced. If governments are genuinely committed to addressing this overrepresentation, we must build a system that supports families and works for Aboriginal people. To do this, we need structural reform, a focus on self-determination, transparency, accountability and crisis prevention.

We need a child protection system that prioritises keeping families together and keeping kids connected to their community and culture to avoid this growing crisis and ensure history does not repeat itself.

In the aftermath of a global movement in Black Lives Matter that placed so much focus on racial injustice, there is now a groundswell of support to solve many of the issues facing First Nations Australians. For our kids, we must finally meet the moment and match bold commitments with impactful and effective action.

A true act of reconciliation would be ensuring that Aboriginal children never have to fear the horrors of the past and are ensured a brighter future where they have every opportunity to thrive. 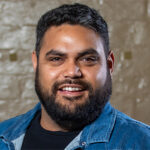 John Leha is a proud Birri Gubba, Wakka Wakka and Tongan man. He is the CEO of AbSec, the NSW Aboriginal child and family peak organisation.

The long, delayed, and harmful road to raising the age of criminal responsibility