Affordable and available aged care only part of the solution

3 June 2021 at 7:00 am
Bruce Argyle
We must recognise that adequate aged care extends beyond funding for facilities and prioritises connectedness and community, writes Bruce Argyle from Bendigo Bank.

Print
Affordable and available aged care only part of the solution
3 June 2021 at 7:00 am

We must recognise that adequate aged care extends beyond funding for facilities and prioritises connectedness and community, writes Bruce Argyle from Bendigo Bank.

As Australia’s population ages and the demand for our aged care system increases, the funding announcements made in this year’s federal budget regarding aged care have been a welcome and timely reprieve.

Ensuring our aged care system is adequately resourced is an important part of supporting Australians as we each move into retirement. However, funding places, beds and buildings is only part of the equation. The question should not be “how do we adequately fund aged care”, but “how do we ensure Australians age with dignity?”

While retirement is an exciting and long-awaited prospect for many, for some, the lived reality is not as rosy. Studies show that an increasing number of older Australians are feeling lonely and isolated and that this is having a significant impact on public health. A Swinburne University study showed that loneliness can increase the chances of early death by a staggering 26 per cent.

Loneliness can be caused by many different things. It can be a product of losing a life partner and having to create a new reality and make new connections much later in life. It can descend after retirement and facing the challenge of how to fill the day with non-work-related activities or routines. Loneliness can also come about after the loss of independence after losing a driver’s license or moving to an assisted living facility.

Connectedness is the cure of loneliness. Studies have shown that the more connected we are, the longer and healthier our lives will be. So how can we do better as a country, as communities and as families to ensure the conversation about aged care funding and planning considers connectedness as much as it does beds and buildings?

We need to build inclusive aged care models for those outside of the system, along with much more affordable aged care housing. Anglicare’s $70 million integrated retirement community in New South Wales is one great example, which provides affordable rental accommodation linked to the age pension rate, as well as easy access to shops, services and the community.

Aging men have some of the highest rates of loneliness across Australia. In many cases and many marriages, the wife is the link to social engagements, whether they be family gatherings or community functions. It’s these gatherings that, for some elderly people, provide their connectedness to community. But if the more socially active partner dies, it can be a difficult and uneasy role for the newly-widowed partner to play. The Men’s Sheds movement has steadily grown to serve a part of the aging community – and has done so effectively. According to the Australian Men’s Shed Association, there are nearly 1,000 Men’s Sheds across the country. These sheds provide a casual community of men who use their skills to tinker, fix and repurpose things for their community. It’s an easy place to socialise on a common level and it provides men with a place to go for good company.

Another way to combat loneliness is to encourage mentorship among our retiring colleagues to share their priceless knowledge based on years of experience in the workforce. By connecting older retired colleagues to younger ones, it can give them an opportunity to teach what they know and provide a sense of purpose. There is something incredibly rewarding in passing the torch of learned knowledge through lived experience.

All families at one time or another will deal with the reality of whether they become a caregiver themselves for their aging parent or spouse. And in today’s society, often children and siblings can be dispersed anywhere in the country and indeed the world. We have a long way to go in supporting families who play critical caregiving roles including bringing an elderly parent in to live in our homes. The time costs and monetary costs associated with caring for an elderly parent or spouse cannot be underestimated.

To ensure older Australians are retiring to a standard of living and dignity enjoyed while working, the conversation around aged care must become more nuanced. We must recognise that adequate aged care extends beyond funding for facilities and prioritises connectedness and community. 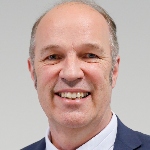 Increases to the minimum wage, drop in solutions and the high cost of doing business