Print
‘The average charity is about as likely to engage in illegal activism as the average person is to commit murder’
30 June 2021 at 5:15 pm

If you listen to the Morrison government talk about activist charities, you’d think they were engaged in an epidemic of lawlessness.

Yet over the past three-and-a-half years, the charities commission deregistered just two charities for breaking the law in pursuit of activist goals. With 59,000 charities in operation, that means the annual chance of a charity being deregistered for illegal activism (10 in one million) is about the same odds that the typical Australian will commit a murder (nine in one million).

But facts have never stood in the way of the Liberals’ crackdown on charitable activism. Their latest proposal would allow the charity commissioner to deregister a charity merely because he anticipates – yes, anticipates – it will commit a summary offence. Summary offences include blocking a footpath, trespassing and failing to close the gate on a private property. Deregistration can occur merely because a charity “promotes” an event – so a charity that publicises a street march on its Facebook page could be deregistered if one of the marchers commits a summary offence.

Unsurprisingly, major charities are outraged. The Reverend Tim Costello likens the changes to Vladimir Putin’s Russia. Law Council president Jacoba Brasch says the changes would “leave registered charities, including faith-based charities, at grave risk of political interference”. Law firm Arnold Bloch Leibler believes the changes are “fundamentally inconsistent with our democratic system of government” and probably unconstitutional. Religious organisations, including Anglicare, Baptist Care and the St Vincent de Paul Society are among those that have criticised the crackdown.

Choosing Johns to run the charities commission was like putting Bronwyn Bishop in charge of parliamentary travel. Prior to his appointment, he had criticised Beyond Blue and Recognise, opined that there was a good deal of “impure altruism” among charities, and compared Indigenous women to “cash cows”. Johns’ appointment was announced at the time when the Liberal Party judged it would get minimum media scrutiny: within hours of Parliament voting for marriage equality. Even so, a senior figure in the charity sector described Johns’ appointment as “bizarre”.

Since the Liberals came to office, major charities have written three open letters to the prime minister, complaining about attacks on the charitable sector. The pushback has come from charities across the political spectrum, with everyone from Hillsong Church to the World Wildlife Fund protesting at the way they have been treated by the Abbott-Turnbull-Morrison government.

At the same time, the government has failed to do anything to make life easier for charities. Updating Australia’s fundraising laws (which were written in the pre-internet era) has been a top ask of the charity sector for many years. Reforming these laws was a bipartisan recommendation of a 2019 Senate committee, which set the government a two-year deadline. That deadline came and went earlier this year. There is no sign the Morrison government wants to make life easier for charities.

In late-2020, Nick Terrell and I published Reconnected: A Community Builder’s Handbook, which documented the decline in social capital over the past two generations. It’s less than a year since our book hit the shelves, yet in those months we’ve seen new data suggesting the problem is getting worse. The Australian Bureau of Statistics reports that people are less likely to join social groups, community support groups and civic groups. A survey from the Australian National University indicates volunteering rates have fallen to an all-time low. Data on charitable tax deductions suggests the share of people making donations has also fallen to its lowest level on record.

In that environment, Australia needs a federal government that’s on the side of charities, not working against them. When the average charity is about as likely to engage in illegal activism as the average person is to commit murder, the Morrison government can find better things to do than play foolish Agatha Christie games with the nation’s charities.

This opinion piece was first published in The Canberra Times. 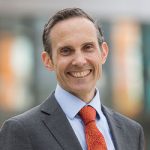 Andrew Leigh is the shadow assistant minister for treasury and charities, and Federal Member for Fenner in the ACT.