DES is working, so why is no one talking about it?

11 August 2021 at 4:23 pm
Rick Kane
Australia’s Disability Employment Services (DES) program is proving to be the best hope for people with disability finding meaningful work. So why are the critics getting the program so wrong when the evidence that it works is right in front of them, writes Rick Kane, the CEO of Disability Employment Australia.

Australia’s Disability Employment Services (DES) program is proving to be the best hope for people with disability finding meaningful work. So why are the critics getting the program so wrong when the evidence that it works is right in front of them, writes Rick Kane, the CEO of Disability Employment Australia.

The 30 June 2021 Labour Market Information Portal figures on the DES program reports that employment for DES participants is up by 45 per cent in the last 12 months, five times faster than the DES caseload has grown in the same period.

DES providers have made 34,000 employment placements in the first half of this year. This almost doubled the results for the same time last year, and is even better than the same figure in 2019 – an impressive success by any measure. Australians should celebrate this achievement.

DES providers are now supporting more people with disability into employment than at any point since the program started 30 years ago. It is likely these same outstanding employment rates might have happened in 2020 if the coronavirus hadn’t put the brakes on the economy.

The figures don’t lie. The DES program is undeniably working for its target groups: people with disability and employers. However, you wouldn’t know it from some news and opinion pieces over recent months.

A recent article in The Conversation erroneously described employment service providers as ‘going through the motions’. Boosting employment placements by 60 per cent – the best performance since 1988 – makes short shrift of that lazy accusation.

Inaccurate media coverage of the DES program stems from a deeply flawed Boston Consulting Group (BCG) report prepared last year for the Department of Social Services. It was branded as a mid-term report – but it wasn’t. It was conducted a year before the mid-point. Worse, it investigated employment services smack in the middle of a global epidemic when unemployment across all sectors had shot to a once-in-a-century peak.

Those unprecedented external circumstances biased the findings and might well explain why the government took almost a year to release it. A misleading report enabling lazy criticism of DES hasn’t aged well when measured by the employment results DES is producing.

Disability Employment Australia (DEA) is open to the DES program being continually improved and is working with the government to achieve the best possible service for people with disability. We always have: DEA has been the leading representative in disability employment policy and practice for three decades.

Our members were at the forefront of a uniquely Australian project in the 1980s, joining people with disability to lobby government for a distinctive jobs program to assist and support people with disability into the open labour market. Everyone in the sector was determined to put the era of the “sheltered workshop” in the past.

The DES program is recognised and regarded internationally, with its roots in the Disability Service Act 1986 and the Disability Discrimination Act 1992. Today, due to the efforts of those disability advocates, there are 110 DES providers with offices across metro, regional and rural Australia. They are dedicated to supporting over 300,000 people with disability to find and keep a job.

The biggest barriers to employment are attitudes and access. The late Stella Young, advocacy powerhouse and comedian, noted:

“The magnitude of discrimination and stigma faced by people with disability in Australia cannot be underestimated. People fear what they don’t understand. No amount of smiling at a flight of stairs has ever made it turn into a ramp.”

Accessibility remains a critical barrier. Attitudes are changing through TV shows like Employable Me, but there is still a long way to go. DES is doing its bit. Are you? 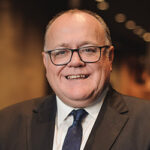 Shorten answers question of ‘what’s next’ for the NDIS