24 August 2021 at 8:17 am
Sue Shilbury
With the release of the Office of the Children’s Guardian report on the leaving care monitoring program 2020-21, Sue Shilbury shares her opinions on foster care and the improvements that can minimise homelessness and break the cycle of intergenerational disadvantage.

With the release of the Office of the Children’s Guardian report on the leaving care monitoring program 2020-21, Sue Shilbury shares her opinions on foster care and the improvements that can minimise homelessness and break the cycle of intergenerational disadvantage.

Let me tell you a story about Tarrah who’s living in Foyer Central, Uniting’s accommodation and support service for young people leaving care. Her enthusiasm for life is infectious, yet as someone who’s been in “the system” since she was two, it could have easily gone the other way.

Young people who have been in out-of-home care are among the most vulnerable in our society. Research shows that within 12 months of leaving care, as many as half end up unemployed, in jail, homeless or becoming a young parent. When they become parents, they become 10 times more likely to have their child removed, perpetuating the generational cycle of disadvantage. In New South Wales, care legally ends at 18, and the level of support available changes. This feels abrupt to care leavers, who are expected to have the life skills to move into independent living overnight at 18.

The Office of the Children’s Guardian (OCG) report on the leaving care monitoring program 2020-21, shows we are neglecting those we know are vulnerable.

The OCG report shows the system isn’t good enough. Only 44 per cent of young people leave care with an endorsed plan. This directly contradicts the words of former minister, Gareth Ward, who said on ABC radio last year: “I see the summary of those [leaving care plans] for every child that’s in my care that’s leaving my care because I signed those letters. I review them personally and see what the goals or objectives of that young person are.” This is impossible given 56 per cent of young people leave care without any plan.

Having a leaving care plan on file is no indication of the quality of support young people receive. The report highlights instances where young people were not engaged in the plan development and were provided generic plans, not suited to their individual circumstances. It also highlighted the key role of adults in transition to independence – young people in stable placements who had support of at least one adult were more likely to have finalised plans by the time they turned 18, and the plans were more detailed. This means the most vulnerable young people (who lack supports) are slipping through the cracks.

The report shows aftercare supports are not sufficient. Under half of young people leaving care are being helped to access their Transition to Independence Living Allowance, and only a third access post-exit casework support. The previous minister pointed to these payments and supports as evidence care leavers are helped when they need it. The OCG, found most of the time this is initiated by the young people. In Uniting’s experience as one of NSW’s largest aftercare providers, this usually occurs in a crisis or emergency, creating more barriers for young people. Research by the Social Policy Research Centre shows while some care leavers feel empowered to fight for entitlements, many don’t. The most vulnerable are probably missing out.

The things the report doesn’t consider are as revealing as its findings. The evidence available to the OCG didn’t allow a detailed assessment of young people’s engagement in employment or education, their social capital, or support for young people to achieve.

Researchers and practitioners agree gradual transitions from out-of-home care helps improve outcomes for disadvantaged young people. If places like the United States and the United Kingdom and every other state and territory in Australia (except QLD) are following suit and extending care to the age of 21, then why can’t NSW do the same? We know this works.

Uniting’s Extended Care pilot offers ongoing support to young people providing the opportunity of staying with their carers post 18 and critically, receiving the support of a youth development coach from 15 years. Extended Care provides supports guaranteed to the age of 21 years old. Our independent evaluation shows 78 per cent of participants were studying and 76 per cent were in employment at the end of two years of support. Our experience shows the importance of a trusted coach and that consistent, reliable support is greater than a contribution to a piece of paper.

The government must extend care to young people in NSW to 21. We must adopt new ways of engaging with young people based on needs, providing them with tailored support and assisting them in transitioning to independence when they are ready, not when the government says they are. 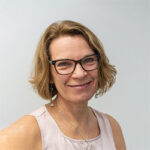 Sue Shilbury, is director of children youth and families at Uniting. She has worked in clinical and corporate governance for more than 30 years, and has director and board-level experience.  Previously, Sue was CEO of Austin Health in Melbourne.