A new way for Australian NGOs to make a greater impact

23 September 2021 at 8:20 am
Matthew Maury
Matthew Maury, chair of the recently formed Emergency Action Alliance, reflects on how 16 of Australia’s biggest and most trusted NGOs came together to find new ways of working to raise money and have the greatest impact for people in their hour of need.

Matthew Maury, chair of the recently formed Emergency Action Alliance, reflects on how 16 of Australia’s biggest and most trusted NGOs came together to find new ways of working to raise money and have the greatest impact for people in their hour of need.

It’s been a year of unprecedented turmoil, both at home and overseas. The impact of the COVID pandemic after the devastating 2019-20 bushfire season, known as the Black Summer, has been difficult for many Australians. Nonetheless, it was the summer bushfires that demonstrated yet again that Australians have a long history of generosity towards their neighbours in need.

According to a report by the Australian Charities and Not-for-profits Commission (ACNC), the Australian public raised more than $640 million towards relief and recovery. More than 53 per cent of Australians donated to a bushfire appeal. However, due to the amount of donations raised by a plethora of initiatives, there were also concerns raised and lessons learned about donating to emergency appeals.

The reality is that knowing how to best donate in the midst of many concurrent appeals has made it increasingly complex for many people. This is true in Australia – and perhaps even more complex when responding to international needs.

It is with this in mind that 16 of some of Australia’s biggest and most trusted NGO brands have come together under the Emergency Action Alliance (EAA) to find new ways of working to raise money and channel it efficiently to those best placed to respond to an international crisis. The EAA is truly our sector at its best – being both innovative and collaborative under a common vision. The EAA is built on the understanding that we are better together – and that by working together under a unified brand we can achieve our individual mission statements in new and bigger ways.

In a disaster, speed is critical. Getting support mobilised quickly so that agencies can effectively respond while putting in place longer-term recovery plans means better outcomes for those affected. NGOs often receive feedback that it can be confusing to have multiple messages calling for support in the middle of a crisis. Moreover, donors rightly expect that their donations will be used well – as demonstrated by the survey conducted by the ACNC in relation to the Black Summer bushfire appeals. The EAA will make it clearer and easier for Australians to know how to donate, and where the donations are going.

Over my 30 years of working in this sector I have regularly heard from supporters that they want to see more collaboration among agencies and less sense of competition when a humanitarian disaster strikes. Under the EAA, the 16 agencies can make one clear call for support, which will work to reduce costs, remove barriers and provide even more assistance while allowing for transparency. This is significant, as the number of humanitarian crises around the world continues to grow.

Tearfund joined the EAA driven by our mission statement – the desire to build a more just and compassionate world. Our view was that having Tearfund part of something like the EAA meant that more people could be helped than if we continued to work independently. Tearfund’s way of working is to support local partners and we have a long history of doing that in several complex environments. With the focus on localisation across the humanitarian sector we see our methodology as something we can contribute in many humanitarian situations. At the same time, we know there will be times when the location or immediate needs are best served by one of the other 15 EAA members, and we will be pleased to see our support for the EAA get resources to those agencies. We want to avoid the confusion created when multiple agencies competing at the same time creates potential confusion or a barrier for donors – the EAA is focused on avoiding that confusion and also working closely on coordination.

At the end of the day – the EAA is about the people whose lives will be touched in their hour of greatest need because of the compassion and care from Australians. The EAA is all about building on the research from Donate Responsibly, which found that at times of crisis people, especially Australians, feel compelled to give generously and that donating money to charities is the best response. The formation of the EAA means that the generosity of Australians will be put to great work. The EAA is about removing barriers and improving systems – harnessing the strength of 16 agencies to work together to have the greatest impact for people in their hour of need. 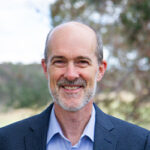 Matthew Maury is CEO of Tearfund and chair of Emergency Action Alliance (EAA).

Your purpose is our business

Collaborating in times of crisis to build back better